Hundreds of police and special forces have raided an asylum centre in Germany after more than 150 of its residents used “aggressive and violent” means to successfully halt a single migrant’s deportation.

With streets around the reception centre in Ellwangen cordoned off, the raid Thursday morning saw three police officers injured, while several asylum seekers suffered injuries trying to escape the property through its windows, local media reports.

Deputy head of the police department in nearby Aalen, Bernhard Weber, said the operation was necessary after the “unprecedented” situation officers found themselves in on Monday when they were prevented from deporting a Togolese migrant.

Four officers arrived to collect the 23-year-old, who was due to be deported to Italy where he first applied for asylum, but were forced to withdraw when a group of between 150 to 200 migrants started attacking patrol vehicles, and threatened and punched police. 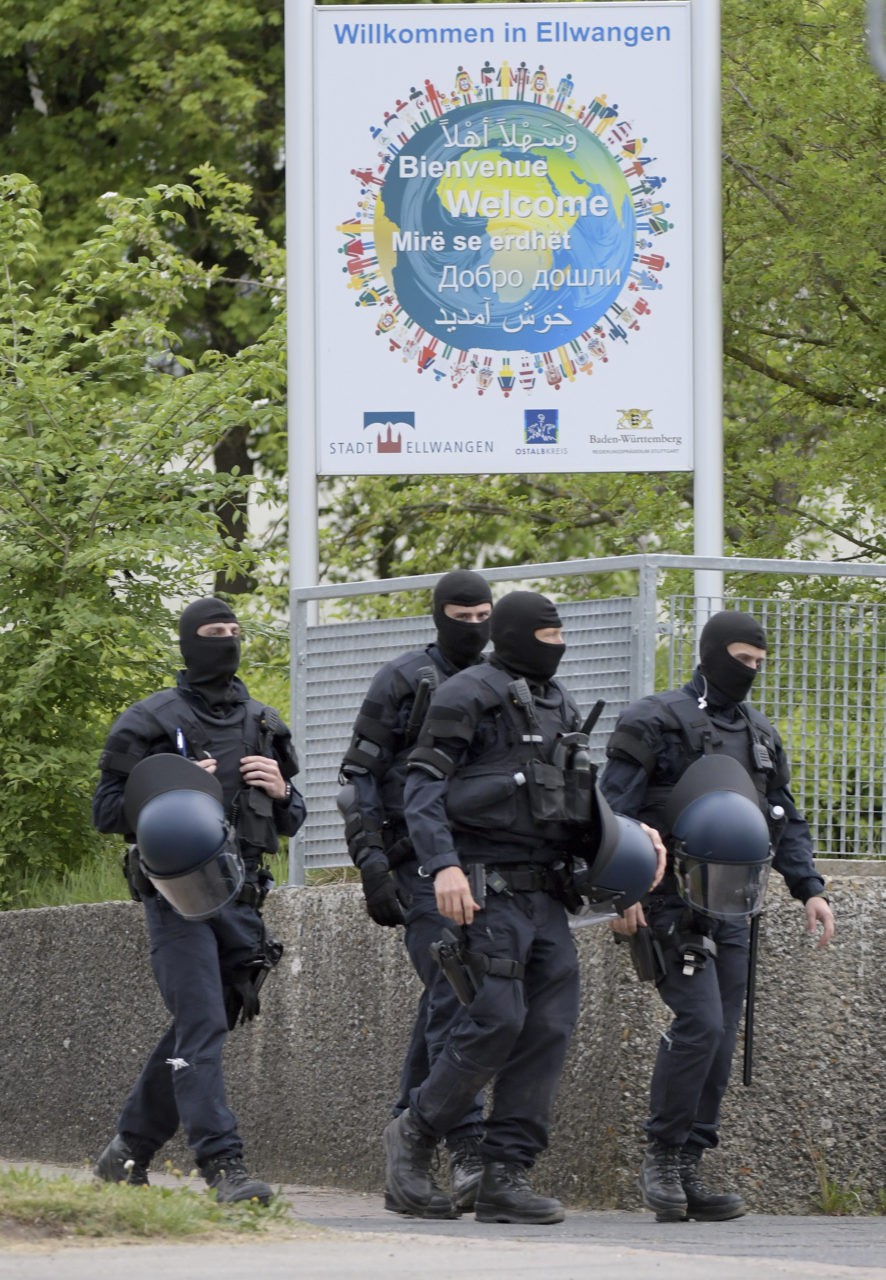 Authorities said they believe the actions were premeditated rather than spontaneous, and that the asylum seekers were planning to acquire weapons so as to more effectively fight deportations in future.

The Togo national, who fled from the scene on Monday when he was thought to have gone into hiding, was found in his room during the raid, in which officers also identified residents suspected of having committed thefts and drug offences.

A total of 27 residents of the centre are now being investigated, including 18 who were found with large sums of money in excess of the 350 euros set limit, while police also discovered what appeared to be forged documents.

Speaking to the media following the operation, Weber said if police were not able to carry out their duties there is a “great danger” that a legal vacuum might emerge.

Germany’s police union urged the state to take action to deter similar actions from being carried out in future, demanding “severe consequences” for the perpetrators of Monday’s events.

Federal Interior Minister Horst Seehofer, of the conservative Christian Social Union (CSU), described the incident as a “slap in the face of the law-abiding population”, insisting that Germany’s hospitality “must not be trampled on”.

“I give my full backing to the measures taken by the security authorities and police”, he said, adding it is vital that resistance to law and order be “pursued with all severity and consequence”.

But Father Reinhold Baumann from Ellwangen Friends of Asylum said media reports had exaggerated the seriousness of the migrants’ behaviour, telling ZEIT that it was unlikely they were wanting to use weapons against deportations in future.

“The nearer the time comes when they have to return, the more desperate they become,” he added, stressing the hopelessness that is felt by migrants who are denied a life in Germany.