BERLIN, Germany: Co-leader of the populist Alternative for Germany (AfD) Alexander Gauland spoke exclusively to Breitbart London on the fallout of Germany’s welcome culture and the issue of Western “self-hatred”.

Mr. Gauland rarely grants foreign interviews. but agreed to sit down with Breitbart London at his office in central Berlin this week.

The AfD co-leader, who is well-known for his provocative statements, claiming he would “hunt” Angela Merkel following the party’s breakthrough performance in last year’s national elections, said he believes that much of the migrant crisis and the policies surrounding it are due to self-hatred in the West. 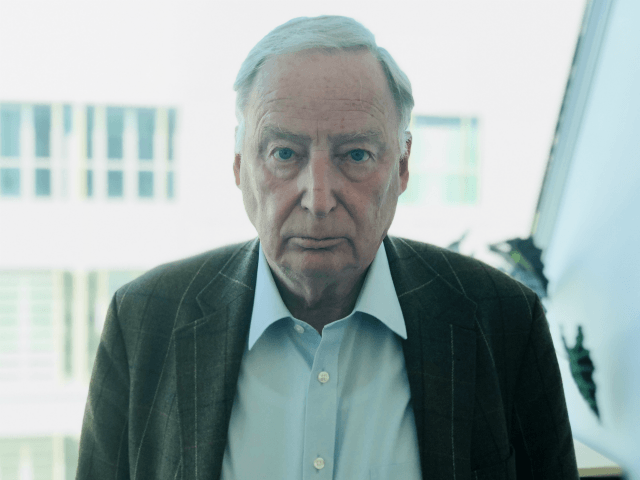 When asked about a recent speech by Hungarian Prime Minister Viktor Orbán, in which he declared he would pursue a policy of Christian Democracy, Gauland said: “I’m not someone who can discuss internal Hungarian policy but in this speech you mentioned, he is right.

“He says, ‘We don’t accept that we have to take people from a strange culture and we don’t like to accept Muslims. We haven’t opened the border, Merkel has opened the border. That’s their problem and it’s not our problem.'”

“The eastern Europeans haven’t this problem because their identity has been unbroken because they had no colonies, they had no direct part in Hitler’s war, so the national identity of Poland and Slovakia and others is healthy and good. They say, “We don’t want these strange refugees, we don’t welcome them.'”

Germany has recently been rocked by a scandal involving the Bremen branch of the Federal Agency for Migration and Refugees (BAMF) in which it turned out that 1,200 asylum seekers were granted asylum despite not being eligible.

“It’s quite clear that some officials in the BAMF have said ‘all people are welcome’ and you have a lot of German politicians who say ‘all refugees have to be absorbed into our society,'” Gauland said and noted a Green party politician who labelled migrants as “gifts” to Germany.

“If you have a gift you don’t look very strictly, you accept this ‘gift’,” he said and added: “This outlook of parts of our society is the reason for this debacle in the BAMF.”