PARIS (AFP) – The office of French President Emmanuel Macron told AFP on Friday that it has begun dismissal proceedings against a top security aide who violently struck a protester during a demonstration in Paris in May.

A video published this week shows Alexandre Benalla manhandling and striking a demonstrator while wearing a police helmet, even though he is not an officer.

Paris prosecutors also said Benalla has been detained for questioning in the assault inquiry, where he also faces charges of impersonating a police officer.

Macron’s office said the decision to fire Benalla was taken after “new elements” emerged in the case, which has become the most damaging scandal facing the centrist president since his election last year. 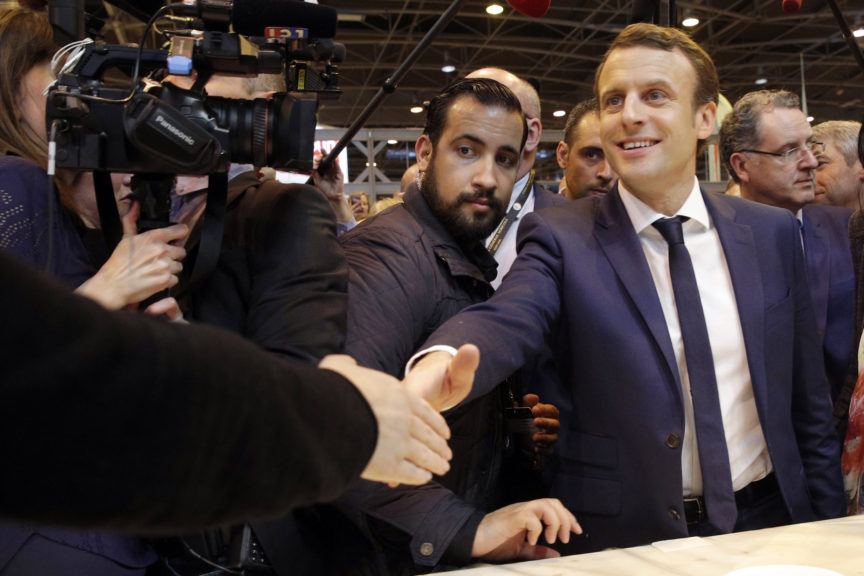 A source close to the inquiry said three police officers have also been suspended on suspicion they provided Benalla with surveillance footage of the May 1 demonstration in an attempt to prove his innocence.

“He is suspected of receiving material from the police he was not authorised to have,” the Elysee said.

Lawmakers have also launched a commission of inquiry as a second video of the incident emerged, in which Benalla is also seen violently wrestling a young woman to the ground.

Benalla was punished with a two-week suspension without pay in May and later transferred to another post, but the incident was not reported to prosecutors.