ROME (AP) — Police in Rome on Thursday cleared nearly 400 people, including dozens of children, from a shanty camp inhabited for years by members of the minority Roma community, despite a European Union court ruling halting demolition.

Residents stood outside the camp with mattresses and other belongings piled alongside vehicles, some protesting against the move with chants of “Racists!”

Mayor Virginia Raggi wrote on Facebook that the shantytown, established in a former campground called Camping River on Rome’s northern periphery, was closed for hygiene reasons. Parts of the camp had been without electricity and running water.

She said that the move was meant to provide greater protection to the Roma, especially minors, some of whom do not attend school. 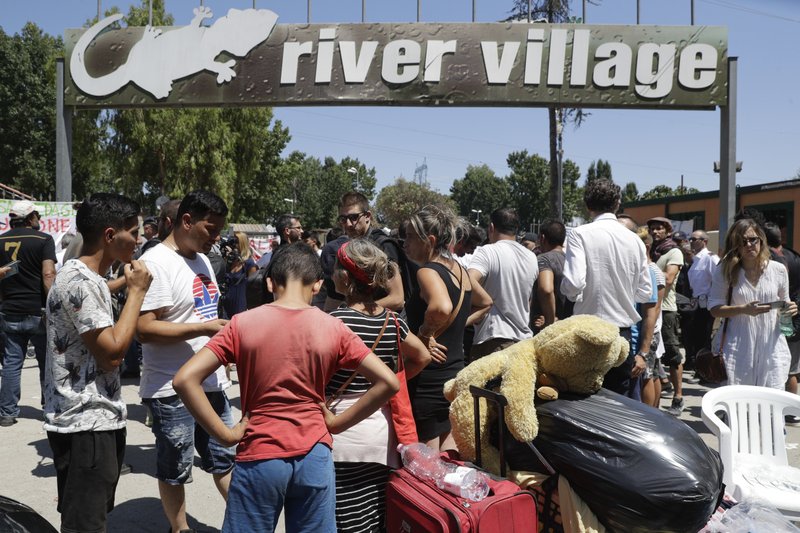 People gather together their belongings as they are evicted from the Camping River village which housed a Roma camp, in Rome, Thursday, July 26, 2018. (AP Photo/Gregorio Borgia)

“It is unacceptable to continue to finance places like this that create ghettos, and above all, where the living conditions don’t protect the rights of children, women and men,” Raggi wrote in a Facebook post.

The European Court of Human Rights on Tuesday asked Italian authorities to suspend action until Friday and outline plans to rehouse the community, following an appeal by three camp residents. But city officials said that they had long been working to relocate residents, and had delayed the planned closing by more than a year.

City spokesman Gennaro Barbieri said only 100 had accepted authorities’ offer to move into government reception centers over the last few years, with another 43 joining them on Thursday.

Raggi noted that some who were not Italian citizens had returned to their native Romania in recent months.

While many members of Italy’s sizeable Roma community, also known as Gypsies, are of Italian nationality, many living in the camp were from Romania, Kosovo, Bosnia and Serbia. Italian authorities periodically clear out squatter camps like Camping River where many live on the outskirts of big cities. 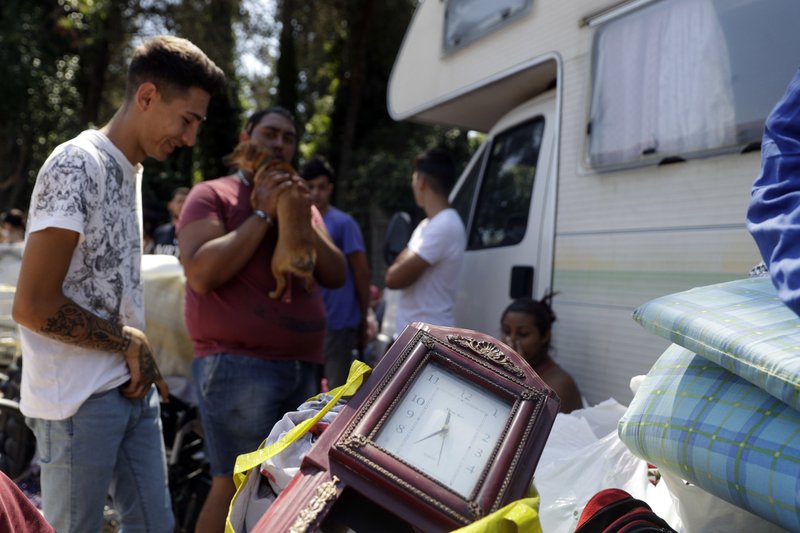 People collect their belongings after being evicted from the Camping River village which housed a Roma camp, in Rome, Thursday, July 26, 2018. (AP Photo/Gregorio Borgia)

Mikhaila Dobreska, who had been living in the camp, accused police of using unnecessary force.

“They forced us out,” she said. “They pushed all the women.”

“They slapped a girl. My sister-in-law fainted,” she said.

Di Maggio said the entire operation was filmed, and told reporters that police had organized the operation to allow residents to leave calmly.

Journalists were kept outside during the operation.

Private Italian TV La7 showed groups of men driving away from the camp, some saying they were headed to Romania, others saying they were going to look for the next place to squat — probably under a bridge.

But dozens remained outside the closed camp gates, protesting plans to rehouse them elsewhere in the city.