AMIENS, France (AP) — Britain’s Prince William and Prime Minister Theresa May, joined by ministers and ambassadors from Allied countries and a former German president, marked on Wednesday the centenary of the Battle of Amiens — a short, bloody and decisive confrontation in northern France that heralded the end of World War I.

Chilling readings by May and others recounted the Allied offensive in the eyes of those who fought, including a private, a tank captain, a commander present in the pre-dawn hours of Aug. 8, 1918 for the opening salvos of the combined air and ground assault by soldiers from Britain, Australia, Canada, the United States and France.

They quickly began to push back German troops to turn the tide on the Western Front.

Each country was represented at the commemoration of the battle that is widely seen as a turning point, leading to the four-month-long Hundred Days Offensive, a string of battlefield successes that led to the Allied victory consecrated three months later by the Nov. 11 Armistice. 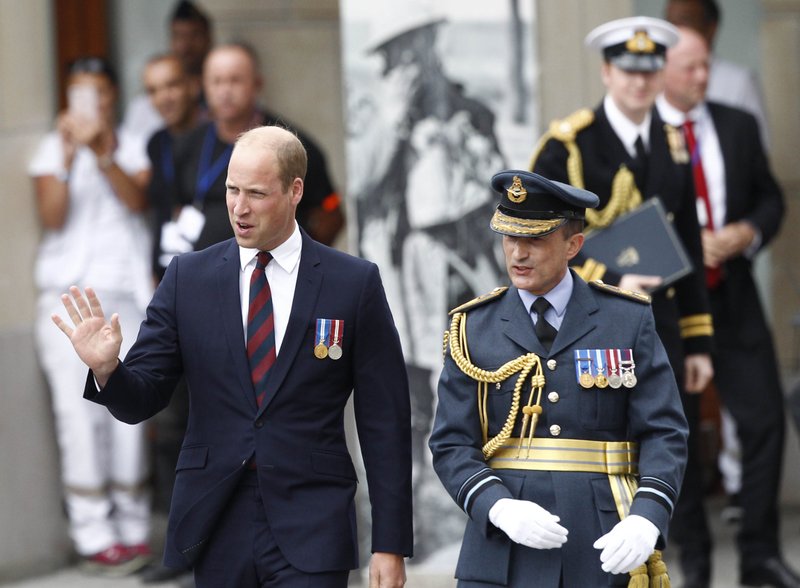 Prince William, the Duke of Cambridge, addressing the gathering, hailed “the cooperation without which victory was impossible.”
“It is entirely fitting, therefore, that today that same international coalition has returned to Amiens with our former enemy, in peace and partnership,” he said.

A British youth choir took part in the moving ceremony under the towering columns of the vast 13th century Amiens Cathedral, which was sandbagged at the time to protect it during a series of battles in the northern Picardy region. The emblematic cathedral now contains a Chapel of the Allies.

William and May lingered after the nearly 90-minute ceremony to talk with people in attendance, apparently descendants of soldiers who fought in the Battle of Amiens, as they were scheduled to do. 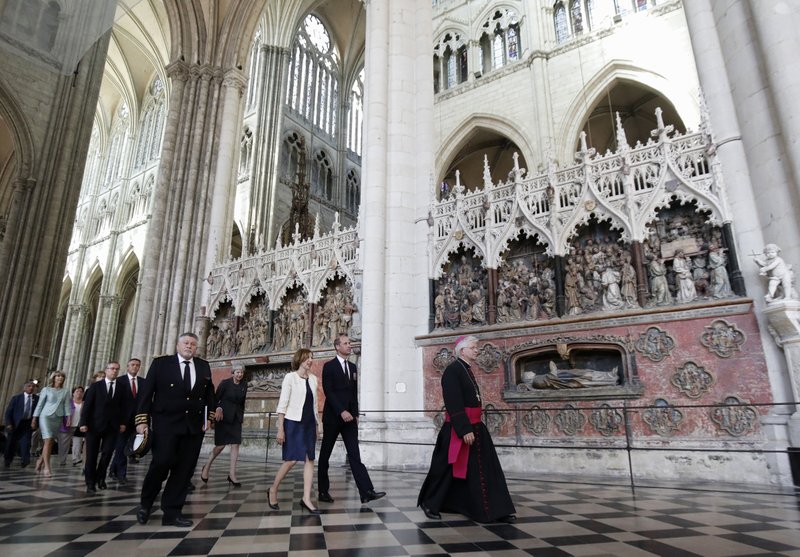 Britain’s Prince William, second right, and French Defense Minister Florence Parly, third right, walk ahead of Britain’s Prime Minister Thersa May, fourth right, during a religious ceremony to mark the 100th anniversary of the World War I Battle of Amiens, at the Cathedral in Amiens, northern France, Wednesday, Aug.8, 2018. (Benoit Tessier/Pool via AP)

The Battle of Amiens saw tens of thousands of soldiers pour into the region, more than 1,900 French and British aircraft and more than 500 tanks from Britain’s Tank Corps.

The momentum from the first day of battle continued and convinced the Germans that the war was unwinnable.

“The effect of the war was moral and not territorial,” May, in her reading, quoted then-British Prime Minister David Lloyd George as writing.

French Defense Minister Florence Parly represented France at the commemoration. President Emmanuel Macron, who comes from Amiens, was not present.