Senior Tory Brexiteer MPs are revolting against the politically correct investigation into Boris Johnson for joking about the burqa, with one threatening a “civil war”.

The former foreign secretary compared the appearance of Muslims wearing the Islamic garment earlier this week to bank robbers and letterboxes, although he said he did not support banning it.

Prime Minister Theresa May was quick to demand he apologise, along with the party chairman Brandon Lewis and Conservative Muslim Forum leader Lord Sheikh, and now the Tory high command have launched an investigation into his conduct.

A three-person panel will now decide if a full investigation is needed into whether or not he broke the Tory “code of conduct”. If this goes ahead, one Tory MP told The Times it would result in “civil war” in the party.

“It’s not the job of the Prime Minister to tell backbenchers what to do. We are not bound by collective responsibility or that type of discipline and it is the wrong approach to party discipline.” 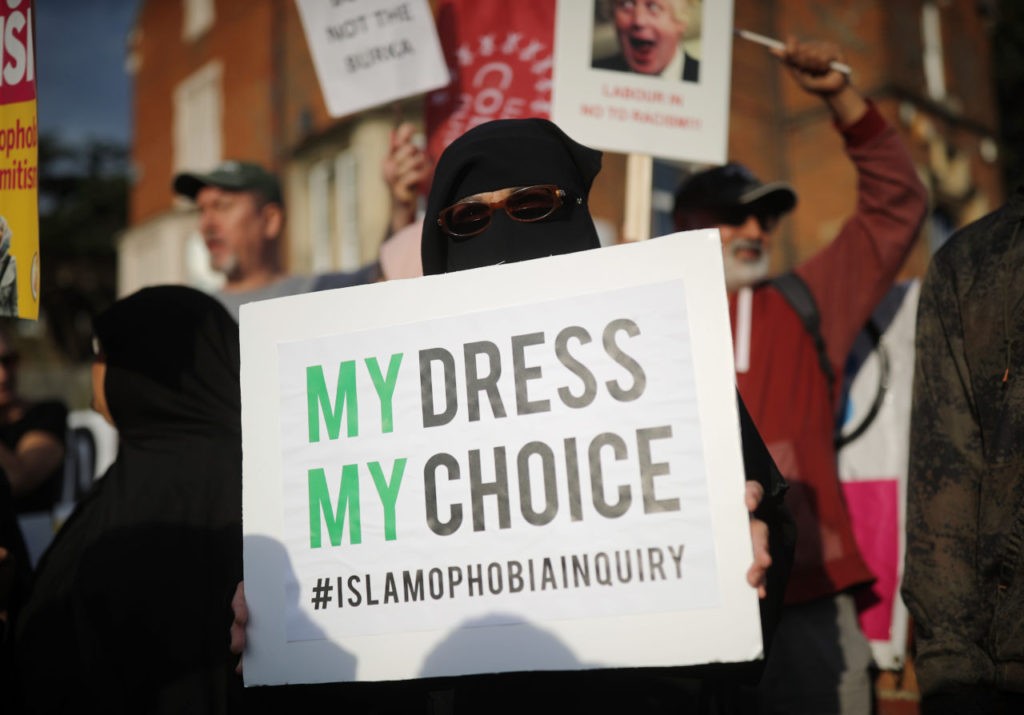 Meanwhile, pro-Brexit Tory MP Andrew Bridgen said it was a “deeply worrying” and a “dark day” for democracy when the investigation was launched.

“I think a lot of your listeners will be deeply worried about the state of our democracy and free speech,” he told talkRadio.

“I hope it’s dismissed immediately as frivolous and vexatious; if it does go to a full disciplinary panel I think there’s a huge question given that Theresa May, the Prime Minister, and Brandon Lewis, the party chairman, have basically already said that Boris shouldn’t have said it and should apologise, that they’re already pre-determined.

“I think it’s a very dark day for our democracy and free speech and I’m deeply worried that this policy is being adopted by the Conservative Party, if we’re not the party of free speech, then who is?”