Convicted fraudster and Ghanaian national Kweku Adoboli, 38, who was responsible for the biggest trading loss in UK banking history, has accused the Home Office of “racism” for deporting him for his crime.

Adolobi was convicted in 2012 of two counts of fraud after losing $2.3 billion (£1.8bn) of Swiss bank UBS’s money and sentenced to seven years imprisonment but was released in 2015 after serving three and a half years.

During the trial, Southwark Crown Court had heard that the former trader was just “a gamble or two away from destroying Switzerland’s largest bank”.

Judge Mr Justice Keith told the Ghanaian that he would “forever have been known as the man responsible for the largest trading loss in British banking history”, adding: “You were arrogant to think the bank’s rules for traders did not apply to you.”

All foreigners sentenced to more than four years’ imprisonment are automatically considered for deportation. The fraudster lost an appeal against his planned expulsion in 2016.

He was detained on Monday following a fortnightly police check-in and taken to Scotland’s Dungaval Immigration Removal Centre ahead of his planned deportation on September 10th. 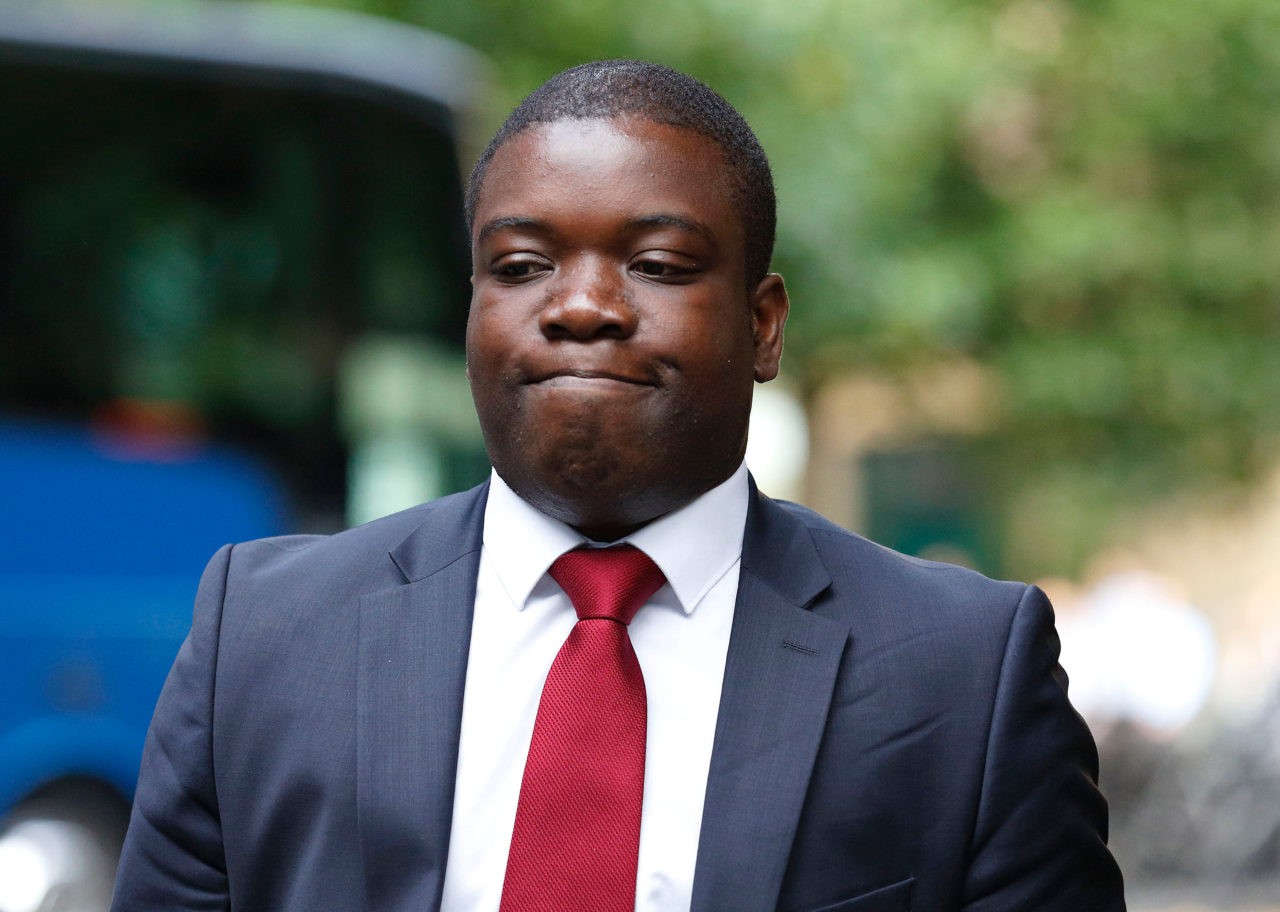 Former UBS trader Kweku Adoboli arrives at Southwark Crown Court, in central London, on September 10, 2012. A trader accused of losing $2.3 billion in a fraud at Swiss bank UBS goes on trial in London on Monday in a case expected to once again put the supervision of bankers under the spotlight. Ghanaian-born equities trader Kweku Adoboli denies two counts of fraud and two of false accounting between 2008 and September last year.  (Photo credit JUSTIN TALLIS/AFP/GettyImages)

Despite his criminal conviction, the foreign national who describes himself as British said the UK’s interior ministry was guilty of “racism” for his detention and impending expulsion.

“The fact that I was born in a different country and have different-coloured skin became part of the labelling process,” the son of a United Nations peacekeeper told the BBC.

“It was no longer, Kweku Adoboli who went to Yorkshire at the age of 12, became head boy of his school, went to Nottingham University, contributed to the students’ union, became campus brand ambassador for UBS, et cetera, et cetera, et cetera. It was ‘Ghanaian-born rogue trader Adoboli’.

Adolobi’s lawyer Jacqueline McKenzie told The Guardian that the situation was “really unfair” and said it highlighted the issue of foreign criminals facing deportation who have grown up and have built lives in the UK.

The Livingston, Scotland, resident has significant support from leftist MPs including his local MP Hannah Bardell from the pro-open borders Scottish National Party, who sung an anti-Brexit rap in the House of Commons and voted against Prime Minister Theresa May’s Brexit timetable.

Though a Home Office spokesman said it does not comment on individual cases, it told press that, “Foreign nationals who abuse our hospitality by committing crimes in the UK should be in no doubt of our determination to deport them and we have removed more than 42,800 foreign offenders since 2010.”

In addition, more than 40 foreign convicted terrorists have used the Human Rights Act to avoid deportation and remain in the UK, some of them using taxpayer-funded legal aid to overturn their expulsions.