Prime Minister Theresa May has won the vote of confidence amongst her fellow Conservative MPs and will remain as party leader.

Mrs May won the support of 200 MPs, with 117 voting no confidence, according to the results of the secret ballot announced at 9pm by chairman of the 1922 Committee Sir Graham Brady from committee room 14 of the Houses of Parliament.

The prime minister needed to gain the support of more than half of Tory MPs in the House of Commons — 159 out of 317.

Mrs May addressed the media outside of Number 10 after chairman of the 1922 Committee Sir Graham Brady announced the prime minister had won the confidence vote.

She acknowledged the “significant” number of Tory MPs who voted against her, and said that she would seek legal and political assurances from the European Council Thursday to assuage the concerns of Brexiteer backbenchers over the Irish backstop, with could see Northern Ireland locked into regulatory alignment with the EU.

She also said that it was now up to all MPs in the party to come together and “get on with the job of Brexit” and deliver on the other issues with which voters are concerned.

“So here is our renewed mission,” she said. “Delivering the Brexit that people voted for, bringing the country back together, and building a country that truly works for everyone.” 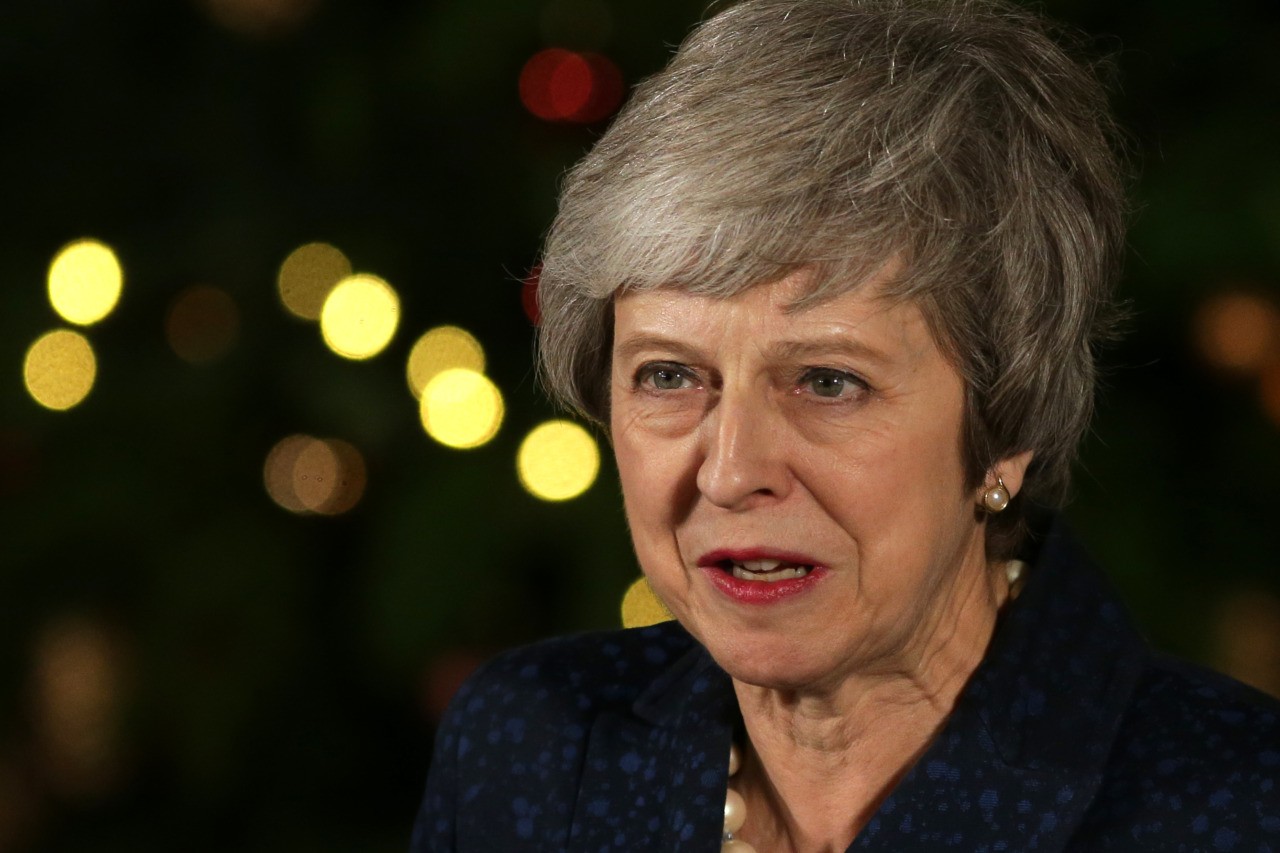 Britain’s Prime Minister Theresa May makes a statement outside 10 Downing Street in central London after winning a confidence vote on December 12, 2018. (Photo by DANIEL LEAL-OLIVAS/AFP/Getty Images)

Prime Minister May’s speech in full is as follows:

“This has been a long and challenging day, but at the end of it I am pleased to have received the backing of my colleagues in tonight’s ballot.

“Whilst I‘m grateful for that support, a significant number of colleagues did cast a vote against me and I have listened to what they said.

“Following this ballot, we now have to get on with the job of Brexit and building a better future for this country.

“A Brexit that delivers on the vote people gave — that brings back control of our money, our borders, and our laws. That protects jobs, security, and the union. That brings the country back together, rather than entrenching division.

“That must start here in Westminster with politicians on all sides coming together and acting in the national interest. 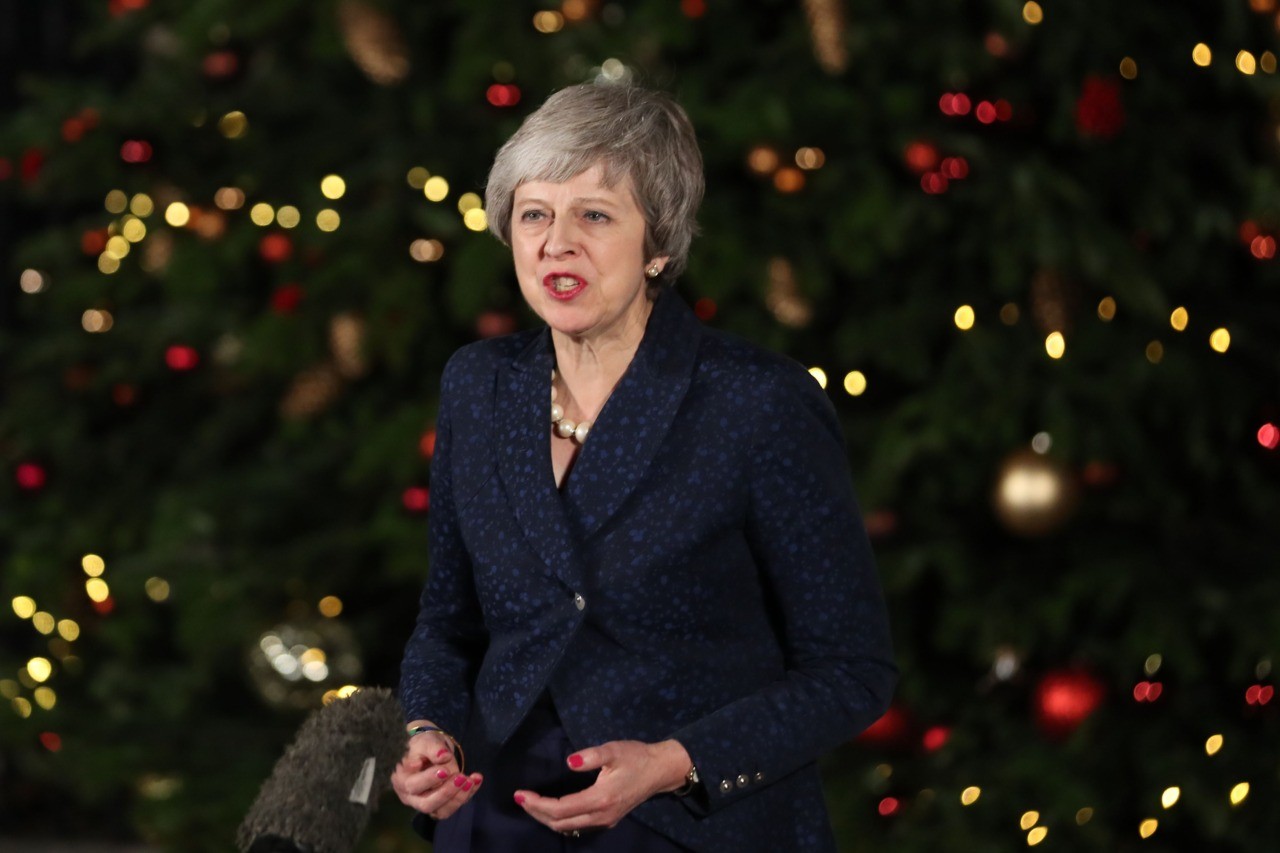 Britain’s Prime Minister Theresa May makes a statement outside 10 Downing Street in central London after winning a confidence vote on December 12, 2018. (Photo by DANIEL LEAL-OLIVAS/AFP/Getty Images)

“For my part, I have heard what the House of Commons said about the Northern Ireland backstop and when I go to the European Council tomorrow, I’ll be seeking legal and political assurances that will assuage the concerns that Members of Parliament have on that issue.

“But while delivering Brexit is important, we also need to focus on the other issues that people feel are vital to them — that matter to them today. The issues that we came into politics to deal with. Building a stronger economy, delivering first class public services, building the homes that families need. We owe it to the people that put us here to put their priorities first.

“So here is our renewed mission: delivering the Brexit that people voted for, bringing the country back together, and building a country that truly works for everyone.”

The original article continues below…

Westminster watchers were quick to point out that by winning 200 votes, Theresa May got one more MP backing her than when she was selected as a candidate to lead the party in 2016.

Now that Mrs May has won her vote of confidence, she is protected from further leadership challenges for the next 12 months.

Had Mrs May lost, she would have remained prime minister until the party found a new leader, a task in the hands of Sir Graham.

The chairman of the backbench 1922 Committee announced this morning that he had received letters calling for a confidence vote from 15 per cent of the House’s Tory MPs, 48, with the prime minister telling the nation that she would “contest that vote with everything I’ve got.”

The prime minister then battled Jeremy Corbyn at Prime Minister’s Questions at noon before meeting with the Brexiteer European Research Group (ERG) to win their support, and spoke to Conservative backbench MPs of the 1922 Committee at 5pm, an hour before the two-hour ballot.

Media reported that during the 1922 Committee meeting, the prime minister told Conservatives she would not lead the party into the next election in 2022. 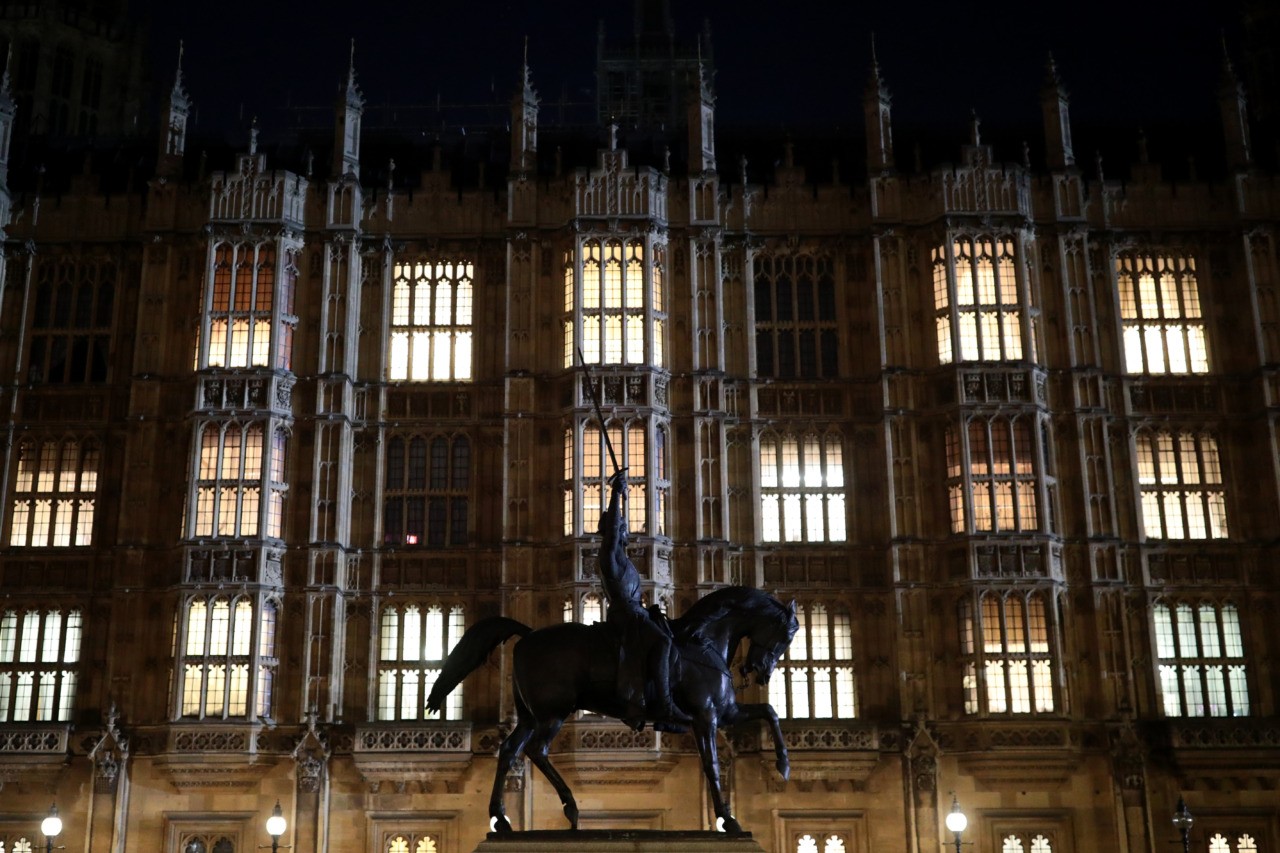 LONDON, ENGLAND – DECEMBER 12: A view of the exterior of the Palace of Westminster on December 12, 2018 in London, England. Sir Graham Brady, the chairman of the 1922 Committee, has received the necessary 48 letters (15% of the parliamentary party) from Conservative MP’s that will trigger a vote of no confidence in Prime Minister Theresa May. (Photo by Jack Taylor/Getty Images)

Despite winning tonight’s vote, the prime minister still lacks a majority to pass her withdrawal agreement between the UK and the European Union.

The prime minister’s spokesman said Mrs May will take the opportunity during her trip to Brussels on Thursday to discuss with other EU leaders the situation in the UK, believing she will gain assurances over the Irish backstop — the issue holding up a successful passing of the agreement in Parliament.

A senior official in the bloc has said Prime Minister May will gain those assurances, according to Reuters, and will see what more she needs for MPs to back the agreement.

“I cannot tell you what sort of re-assurance leaders will give to Prime Minister May. What is not feasible is the re-negotiation of the withdrawal agreement, everything else is possible. Whatever assurances can be given, cannot contradict the deal,” the official said.

Mrs May is expected to make a statement this evening.