Chairman of the backbench 1922 Committee Sir Graham Brady has received 48 or more letters calling for a vote of no confidence in Theresa May from Tory MPs as party leader, triggering a leadership challenge.

In a press release, Sir Graham said “The threshold of 15% of the parliamentary party seeking a vote of confidence in the leader of the Conservative party has been exceeded.”

He confirmed the vote will be held Wednesday between 6pm and 8pm, and “an announcement will be made as soon as possible.”

Update 0840 — Prime Minister Theresa May: “I will contest that vote with everything I’ve got”

Prime Minister Theresa May addressed media outside of her official Downing Street residence Wednesday morning, confirming she will fight the leadership challenge and will cancel her scheduled trip to Dublin in a bid to convince her fellow party member MPs to support her.

Sir Graham Brady has confirmed that he has received 48 letters from Conservative MPs so there will now be a contest of my leadership of the Conservative Party.

I will contest that vote with everything I’ve got. I have been a member of the Conservative Party for over 40 years. I’ve served it as an activist, councillor, MP, shadow minister, home secretarty, and now as prime minister.

I stood to be leader because I believe in the Conservative vision for a better future. A thriving economy with nobody left behind. A stronger society, where everyone can make the most of their talents, always serving the national interest.

And at this crucial moment in our history that means securing a Brexit deal that delivers on the result of the EU referendum, taking back control of our borders, laws, and money, our security, and protecting our precious union as we do so.

Through good time and bad over the past two years, my passionate belief that such a deal is obtainable and that a bright future lies ahead for our country has not wavered and it is now within our grasp. 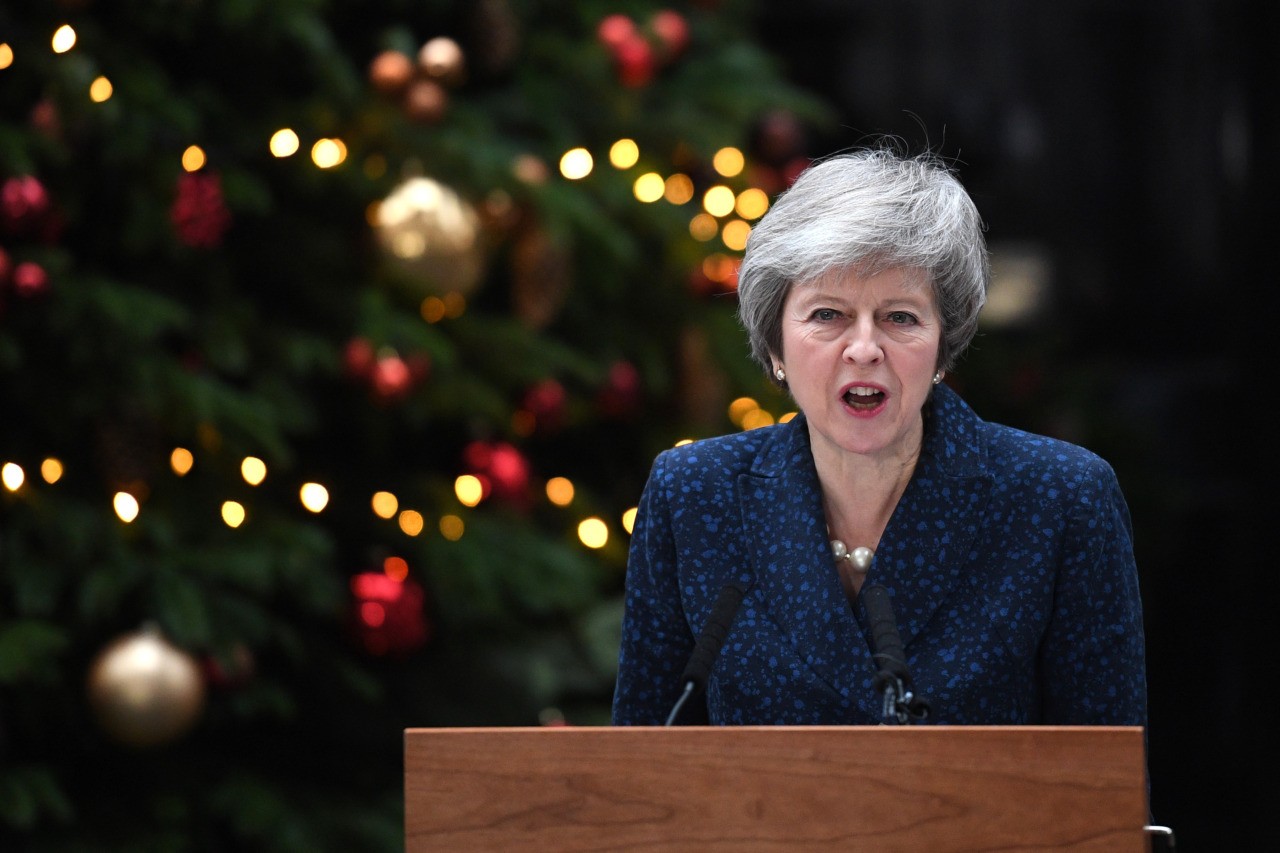 LONDON, ENGLAND – DECEMBER 12: Prime Minister Theresa May makes a statement in Downing Street after it was announced that she will face a vote of no confidence, to take place tonight, on December 12, 2018 in London, England. (Photo by Leon Neal/Getty Images)

I spent yesterday meeting Chancellor Merkel [of Germany], Prime Minister Rutte [of the Netherlands], President Tusk [of the European Council], and President Juncker [of the European Commission] to address the concerns MPs have with the backstop, and we are making progress. I was due to travel to Dublin to continue that work but will now remain in in London to make the case for my leadership with my parliamentary colleagues.

A change of leadership in the Conservative Party now will put our country’s future at risk, and create uncertainly when we can least afford it.

A new leader would not be in place by the 21st of January’s legal deadline, so a leadership election risks handing control of Brexit negotiations to opposition MPs in Parliament.

The new leader would not have time to renegotiate the withdrawal agreement and get legislation by Parliament by 29th of March, so one of their first acts would have to be extending or rescinding Article 50 — delaying, or even stopping Brexit when people want us to get on with it. 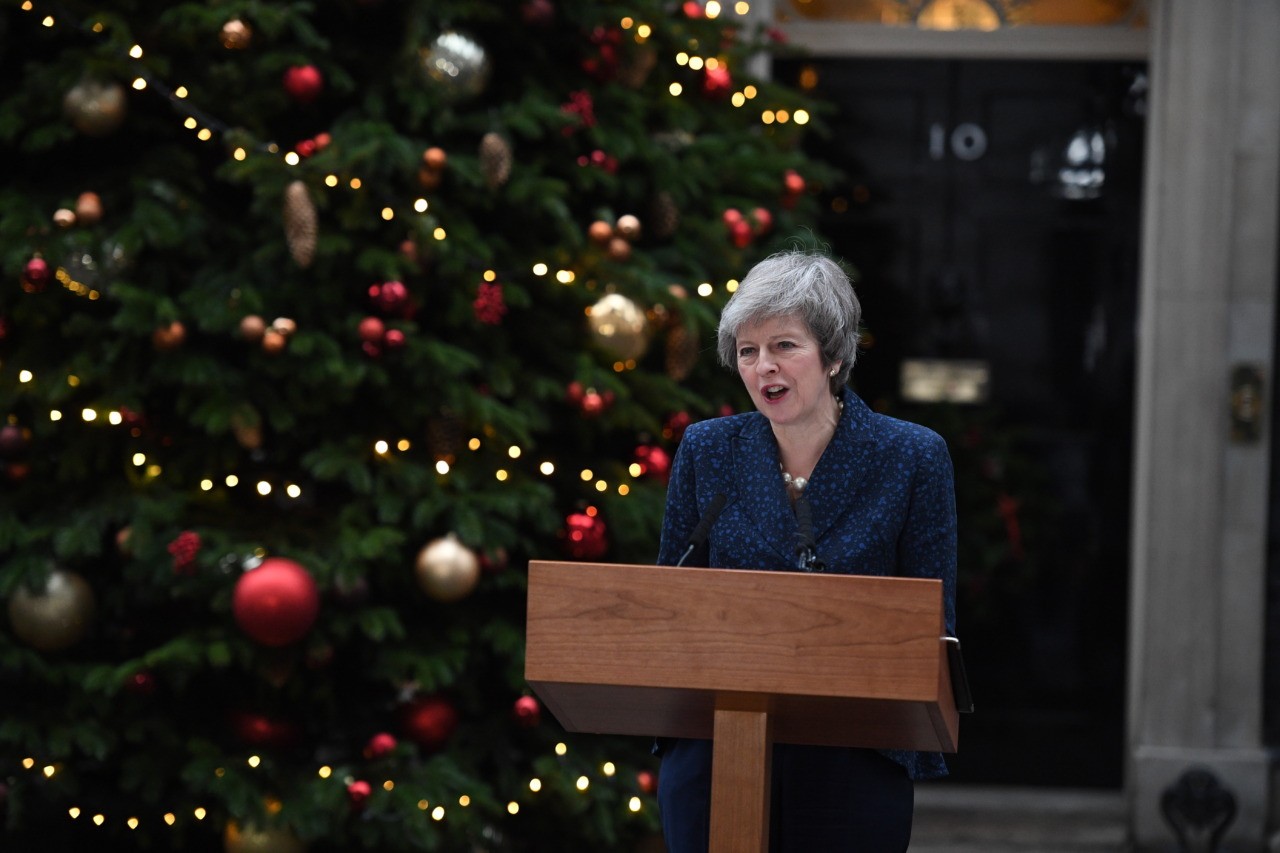 A leadership election will not change the fundamentals of the negotiations or the parliamentary arithmetic. Weeks spent tearing ourselves apart will only create more division just as we should be standing together to serve our country. None of that would be in the national interest.

The only people whose interest would be served are Jeremy Corbyn and John McDonnell.

The British people want us to get on with it, and they want us to focus on the other vital issues that matter to them, too. Building a stronger economy, delivering first class public services, and the homes that families need. These are the public’s priorities, and they must be the Conservative Party’s priorities, too.

We must and we shall deliver on the referendum vote and seize the opportunities that lie ahead. But the Conservatives must not be a single issue party — we are a party of the whole nation. Moderate. Pragmatic. Mainstream. Committed to reuniting our country and building a country that works for everyone.

The agenda that I set out in my first speech outside this front door, delivering a Brexit people voted for, building a country that works for everyone. I have devoted myself unsparingly to these tasks ever since I became prime minister. And I stand ready to finish the job,” Mrs May concluded. 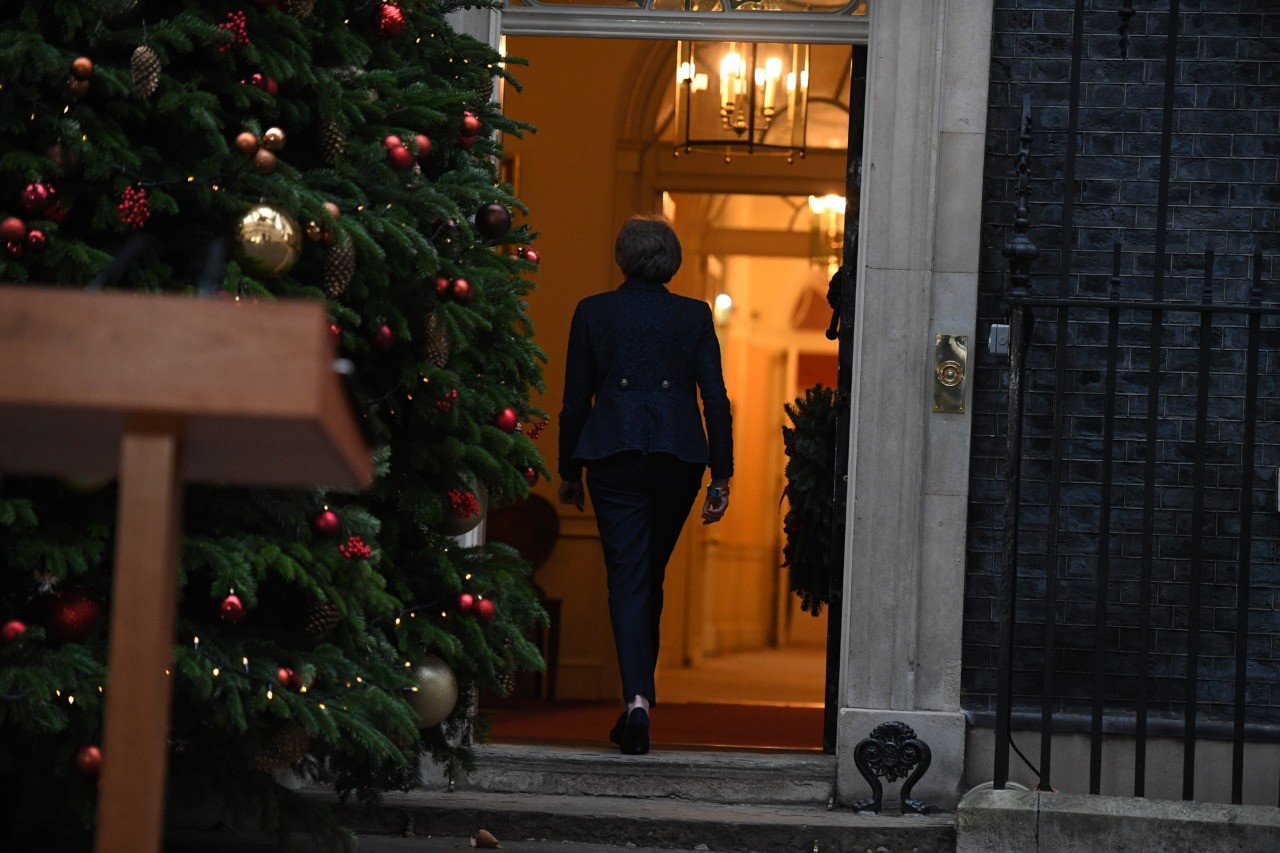 The original reporting continues below:

The process has been triggered by the chaos caused by Mrs May’s withdrawal agreement between the UK and the EU ahead of Brexit, with the Irish backstop threatening to partition the country and keep Northern Ireland in a customs arrangement with the bloc.

Mrs May will need the support of 158 MPs and if she wins the vote, will remain as party leader unchallenged for a full 12 months. It is believed she has the full support of her Cabinet, but not amongst the Brexiteer backbenchers.

Sir Graham told Sky News that the Prime Minister was “very keen” to get the process moved along “rapidly,” hence the early announcement Wednesday morning.

“It is possible for a prime minister to lose a ballot as leader of the Conservative Party and remain prime minister until such time that a replacement is elected by the party,” the 1922 Committee chairman explained. 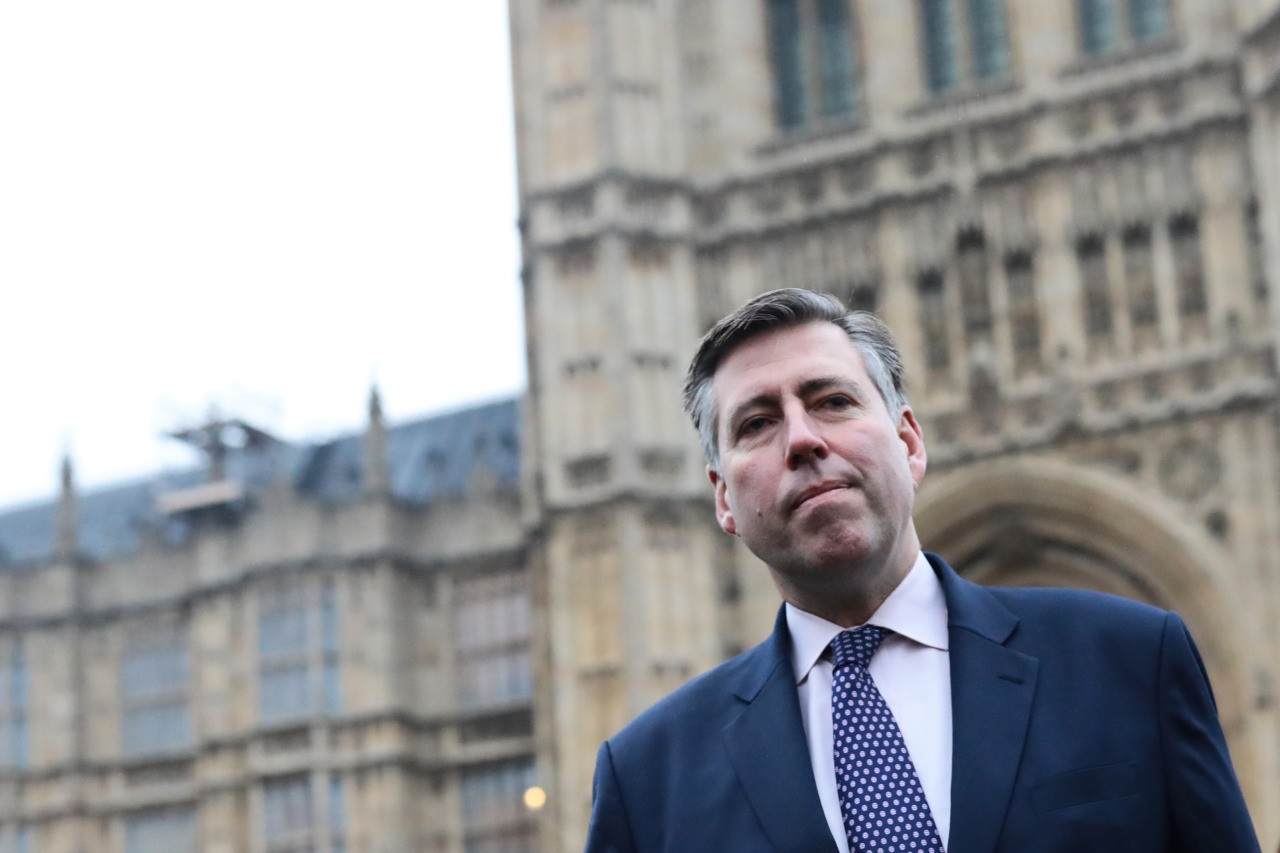 LONDON, ENGLAND – DECEMBER 12: Sir Graham Brady, chairman of the 1922 Committee talks to the media in Westminster on December 12, 2018 in London, England. Sir Graham Brady, the chairman of the 1922 Committee, has received the necessary 48 letters (15% of the parliamentary party) from Conservative MP’s that will trigger a vote of no confidence in Prime Minister Theresa May. (Photo by Jack Taylor/Getty Images)

If May loses and ceases to be leader of the party, it would be up to Sir Graham to oversee the process for appointing a new leader, both in parliamentary stages and by postal ballot to all party members, with the winner becoming the new prime minister.

Not all letters were received in the past few days after the prime minister suspended the vote on the withdrawal agreement in face of certain defeat, but over several months.

There was an attempt by Brexiteer Tories to trigger a vote in November after the draft agreement was revealed to Parliament, notably led by Chairman of the European Research Group Jacob Rees-Mogg. At the time, there was not enough support amongst the Brexiteers in the party to call a challenge.

Several Conservative malcontents spoke out Tuesday, urging on their colleagues to get in their letters to Sir Graham in a bid to depose the Prime Minister, as Breitbart London reported.