Initial results of Spain’s national elections are in and the Socialists have won the most votes while the right-populist Vox party is to enter the national parliament for the first time.

With more than 90 per cent of the votes counted, Spanish government spokesman Isabel Celáa announced the final turnout and provisional results, with the the party of Prime Minister Pedro Sánchez, the Spanish Socialist Workers’ Party, gaining 28.8 per cent of the vote, reports El País.

Working out to 123 seats in the 350-seat parliament, the Socialists are short of a majority to govern on its own and a coalition will likely be formed with the far-left Podemos, which gained 14.3 per cent and 42 seats, and other left-wing groups.

Vox broke new ground by gaining 10.2 per cent and 24 seats. The new party, founded in 2013 as an offshoot of the People’s Party, won its first ever seats in a regional parliament in December 2018, gaining 12 seats in Andalucia’s chambers.

La Vanguardia reports Vox party leader Santiago Abascal as saying in response to the election results, “This is just the beginning… welcome to the resistance. We go ahead and fear nothing, we continue for Spain. Long live Spain and thank you very much!” 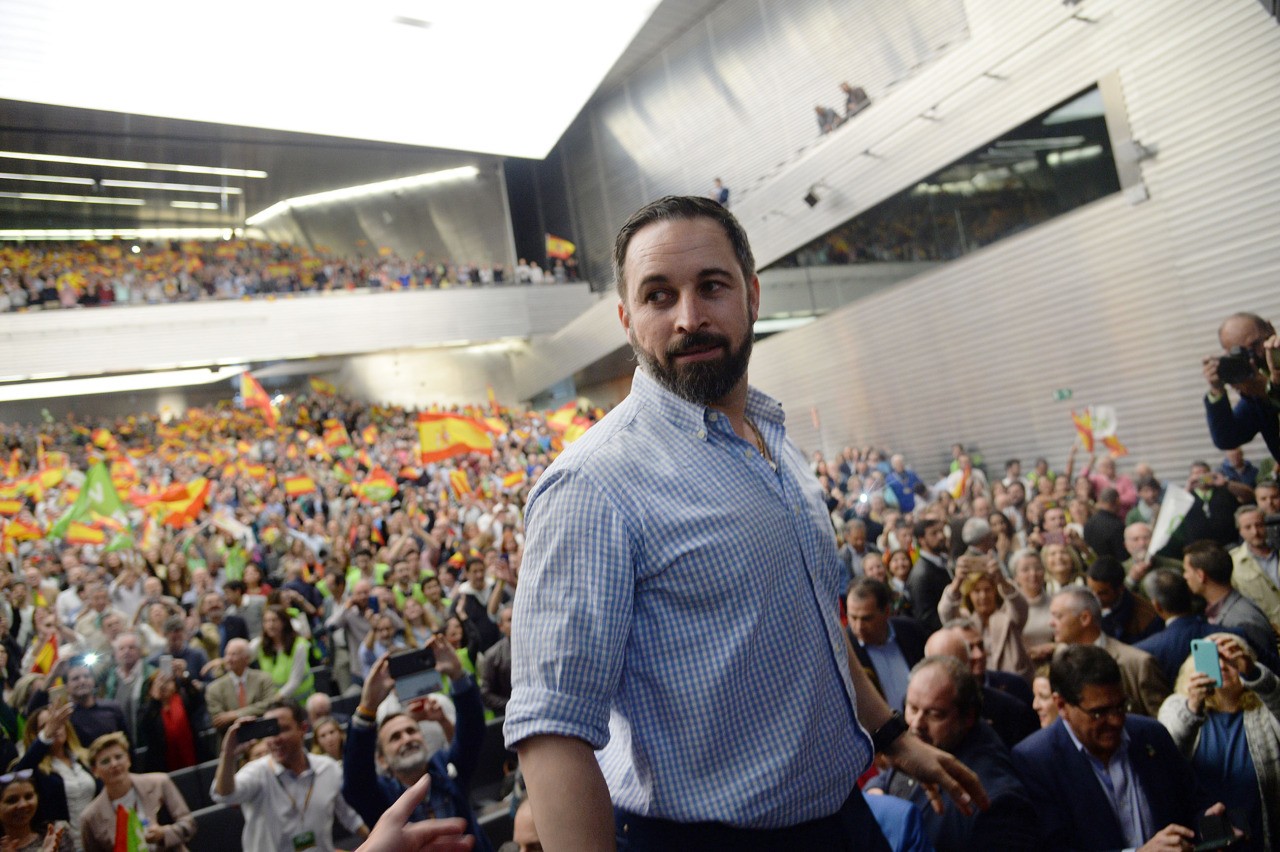 Candidate for prime minister for the Spanish right-populist party Vox, Santiago Abascal, takes part in a campaign rally in Seville on April 24, 2019 ahead of the April 28 general election. (Photo by  CRISTINA QUICLER/AFP/Getty Images)

However, the mainstream conservative People’s Party suffered its worst election performance in its history, with party leaders calling it a “debacle,” a “catastrophe,” and a “complete disaster,” according to local media. The party gained 16.9 per cent of the vote and 65 seats — falling from 137 seats in 2016.

While the centre-right Ciudadanos (Citizens party) won 15.8 per cent of the national vote, working out to 57 seats.

Prime Minister Sánchez had called the third election the country has seen in three and a half years after his budget was defeated by Catalan separatists and the right-wing opposition.

Since the 1980s, Spanish politics had been dominated by the Socialists and the People’s Party; however, with the nation experiencing austerity, recession, and disenfranchisement with the political system in recent years, voters have been giving their support to a wider spectrum resulting in five parties dominating this year’s general election.