BUDAPEST, Hungary (AP) – Hungary’s prime minister said Thursday that economic incentives for families, not immigration, are the answer to low birth rates and a decreasing population.

Speaking at a government-organized conference on demography, Prime Minister Viktor Orban also said that an upturn in Hungary’s – and possibly Europe’s – low birth rates may be achieved when having children becomes economically more beneficial to families than not having them. 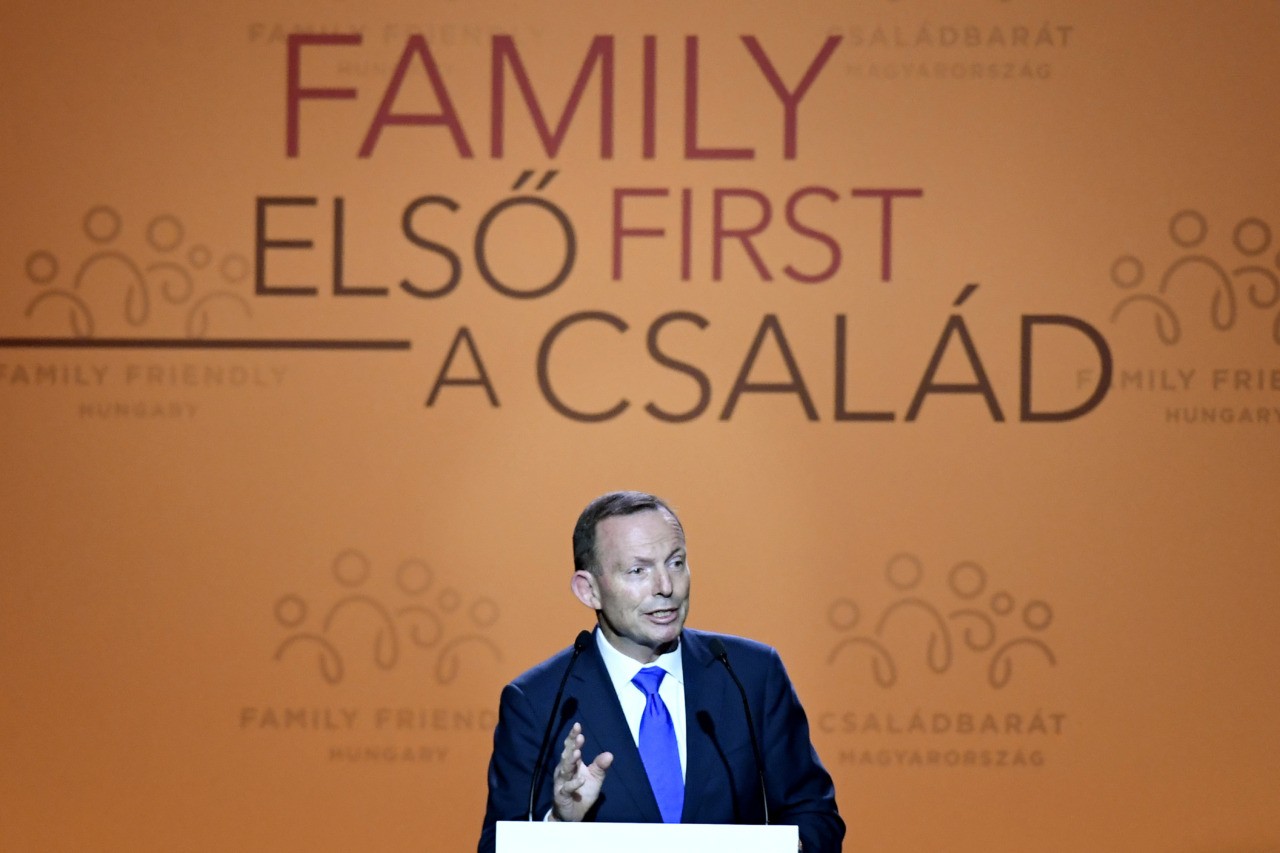 Former Prime Minister of Australia Tony Abbott delivers a speech during the 3rd Budapest Demographic Summit in Varkert Bazar conference center in Budapest, Hungary, Thursday, Sept. 5, 2019. The Hungarian capital city, which hosts the international summit for the third time after 2015 and 2017, welcomes politicians, scientists, church dignitaries and public personalities to give presentations and exchange their experiences on current population trends. (Szilard Koszticsak/MTI via AP)

Orban said that higher living standards as a result of having children had to be felt straightaway – “not in the sense that when you’re old your child will care for you, but here and now, immediately.”

“This is the turning point for the Hungarian family support system, but we are not there yet,” Orban said. “Years of persistent work are needed.”

Also attending the event were Serbian President Aleksandar Vucic and Czech Prime Minister Andrej Babis, who spoke about their countries’ demographic challenges and praised Orban’s family policy measures. They include tax breaks for families with more than one child, the construction of more nurseries, family housing subsidies and a life-long income tax exemption for women with at least four children.

Orban said that one of the preconditions for the success of Hungary’s demographic efforts was the need for the country to maintain an economic growth rate 2 percentage points higher than the European average over the coming decade – an ambitious target.

PM #Orbán: ”Demographic crisis must be solved by powerful state efforts, we must have a demography-focused policy-making” (..) “Every child has the right to have a father and a mother. We protect the traditional family model” #bds3 #familyfirst pic.twitter.com/avPJ4qvIrR

“Without money, we can’t turn around the bad trends,” he said, noting that Hungary has doubled spending on family subsidies since Orban returned to power in 2010.

Some of the policies, like those which provide tax breaks instead of direct subsidies, have been criticized for doing little to help poor or low-income families, which in many cases belong to Hungary’s Roma minority.

Orban also said Hungarian family policies were rooted in the constitution to ensure their long-term protection from “clearly anti-family” court decisions and “often anti-family” non-governmental organizations, “which can infiltrate Hungarian decision-making.” He did not identify any, but Orban has regularly attacked NGOs which get funding from Hungarian-American billionaire and philanthropist George Soros, an ideological foe.

“According to Hungarian beliefs, every child has the right to a father and a mother,” Orban said. “When we talk about family and family subsidies, we support traditional families.”

Hungary’s new constitution, which came into force in 2012, was passed thanks to the two-thirds parliamentary majority of Orban’s Fidesz party. One of its articles says that Hungary “protects the institution of marriage as the union of a man and a woman.”

Former Australian PM, @HonTonyAbbott “The shrinking of the West is going to accelerate. (..) We need large families rather than relying on immigration. (..) Saying that childbearing is bad because of the Co2 Emmission is a “rebellion against which we work for” #bds3 pic.twitter.com/UJjOYCDzaH