Svenson Ong-a-Kwie, 19, and Arron Isaacs, 17 have been given life sentences for stabbing Jodie Chesney, a 17-year-old girl, to death.

A judge has lifted a reporting restriction in the Jodie Chesney trial, unmasking the two men who took her life earlier this year in Amy’s Park in Harold Hill, East London.

The drug dealer, Svenson Ong-a-Kwie, will serve a minimum of 26 years and his ‘runner’ accomplice, Arron Isaacs, will serve at least 18 years in prison. 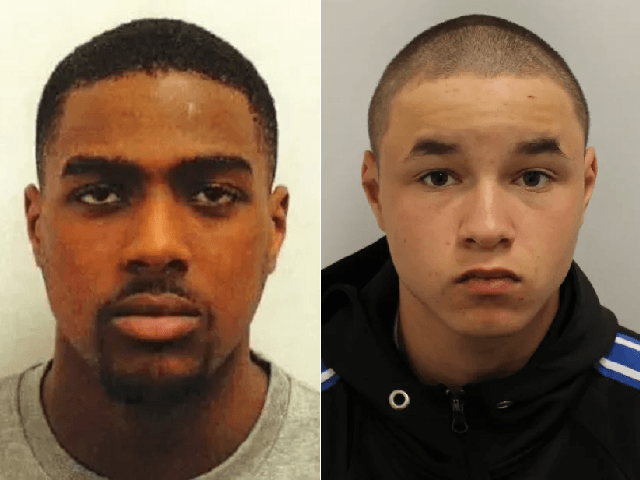 The murder of Jodie Chesney occurred on March 1st of this year. Chesney was relaxing in the park with her friends when the two assailants approached her from behind and stabbed her in the back with a knife; she screamed and collapsed into the arms of her boyfriend, Eddie Coyle, before succumbing to her wound and dying on the way to the hospital.

Judge Wendy Joseph told the court that Chesney’s death was a case of mistaken identity in a turf-war “series of tit-for-tat attacks”, that were reported to be over £20 of “Pineapple Express” marijuana.

The judge went on to say she was “satisfied” that Svenson had murdered Jodie, but that Isaacs was a “willing supporter”.

“When that knife was driven into Jodie, that intention was to kill,” she said.

Khan's London: Man Accuses Woman of Rejecting Him for Being Black, Stabs Her 7 Times https://t.co/8dlD0Wud38

Jodie Chesney was a self-taught piano player, a scout leader, and was just weeks away from completing her gold Duke of Edinburgh award.

Eddie Coyle, who is now afraid to leave the house at night, paid tribute to his deceased girlfriend: “Jodie was funny, silly, she always made fun of me and she had a bright future ahead of her.”

“She was full of energy and was always out doing something. We had been going out for three months. I’ve never lost anyone before and for the first funeral, I’ve gone to, to be my own girlfriend’s is incredibly hard. I loved her”, Coyle said.

Peter Chesney, Jodie’s father, who at the time of Jodie’s death had just taken a new job as a salesman in the city, said that the murder of his daughter has completely ruined his life.

“I was about to take over the world in a promising career. Now I sit here in the cabin in my garden writing this statement. I have left that job, the relationship with my wife has fallen apart and we are now getting divorced. I must sell my house, and above all, I have lost the most precious human being I will ever know,” he said.

The murder of Jodie Chesney is the latest in a long line murders in London, a city that has been ravaged by the scourge of knife crime during the tenure of Mayor Sadiq Khan. As it was in the Chesney case, nearly half of all knife crime in the capital is committed by people aged 19 and under. Statistics released by the London Metropolitan Police earlier this year showed that 49 per cent of all knife crime perpetrators in the capital are teenaged or younger.