(AFP) – Officers used pepper spray and made over 200 arrests in Melbourne as several hundred protesters flouted stay-at-home orders and marched through an inner-city suburb.

The illegal gathering comes as the city goes through its sixth lockdown since the pandemic started, with the wider state of Victoria reporting over 500 cases of Covid-19 on Saturday.

Police said six officers were taken to hospital after they were pelted with projectiles and trampled in clashes with the crowd of around 700 people.

Protesters break through the police line, an officer gets assaulted and trampled by demonstrators, people are screaming and covered in capsicum spray @theage pic.twitter.com/qXX9lIAZRJ

“What we saw today was a group of protesters that came together, not to protest freedoms, but simply to take on and have a fight with the police,” Victoria Police Commander Mark Galliott told media.

Police attempted to reduce access to the centre of the city, blocking roads and stopping public transport in a bid to avoid a repeat of violent scenes at a rally that drew thousands last month.

But marchers then relocated, with footage from one incident showing a crowd charging through a police line as scuffles erupted along a tram route. 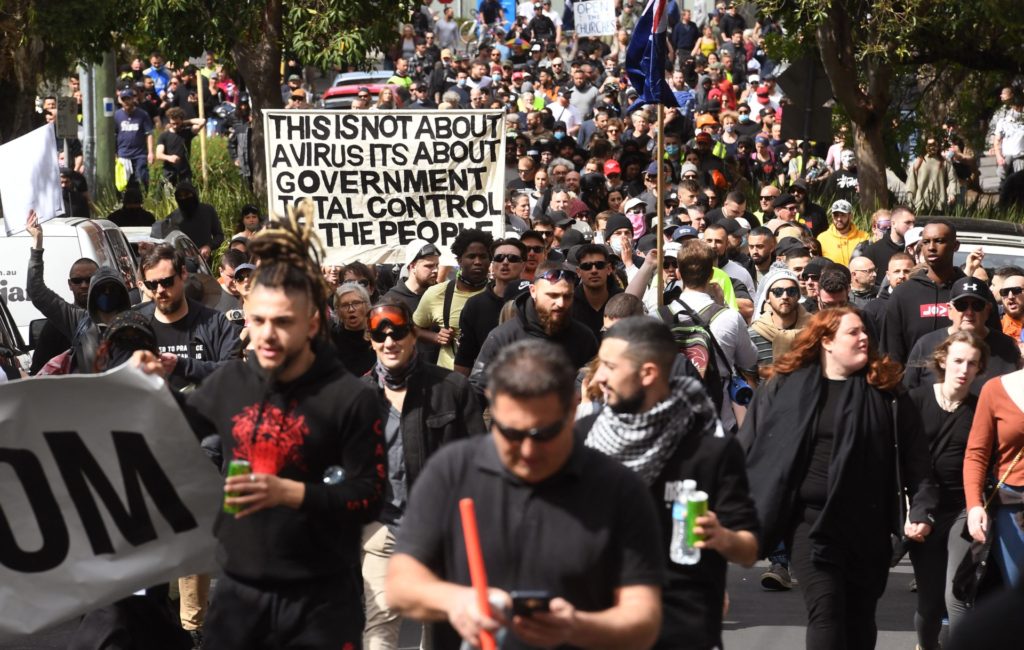 Protesters march through the streets during an anti-lockdown rally in Melbourne on September 18, 2021. (Photo by William WEST / AFP) (Photo by WILLIAM WEST/AFP via Getty Images)

Huge numbers of police managed to deter a similar gathering in Sydney, with officers swarming a park where the protest had been due to go ahead.

New South Wales Police said they arrested around 20 people in the city, mainly across the public transport network, while several others were arrested in smaller gatherings around the state.

Both cities are enduring lengthy lockdowns as authorities race to vaccinate a way out of restrictions amid growing outbreaks. 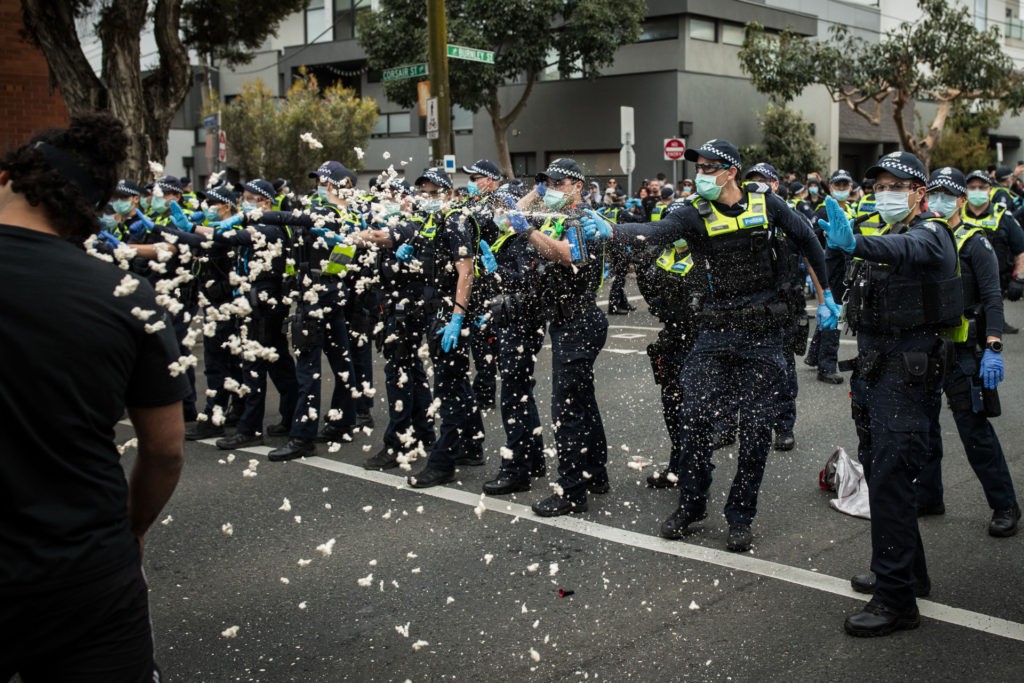 Anti lockdown protesters clash with members of Victoria Police on Burnley Street in Richmond on September 18, 2021 in Melbourne, Australia. Anti-lockdown protesters gathered despite current COVID-19 restrictions prohibiting large outdoor gatherings. Metropolitan Melbourne is currently subject to lockdown restrictions as health authorities work to contain the spread of the highly contagious Delta COVID-19 variant, with people only permitted to leave their homes for essential reasons. Victorian COVID-19 restrictions have been eased from today in Metropolitan Melbourne to allow outdoor picnics and small exercise groups, while the permitted travel distance from home has extended to 10km. (Photo by Darrian Traynor/Getty Images)

Australia successfully pursued “Covid-zero” for most of the pandemic, enabled mainly by closed international borders and restrictions on movements.

But the arrival of the Delta variant plunged its two largest cities back under stay-at-home orders earlier this year, and authorities are now aiming for a 70 per cent vaccination rate before further easing lockdowns. 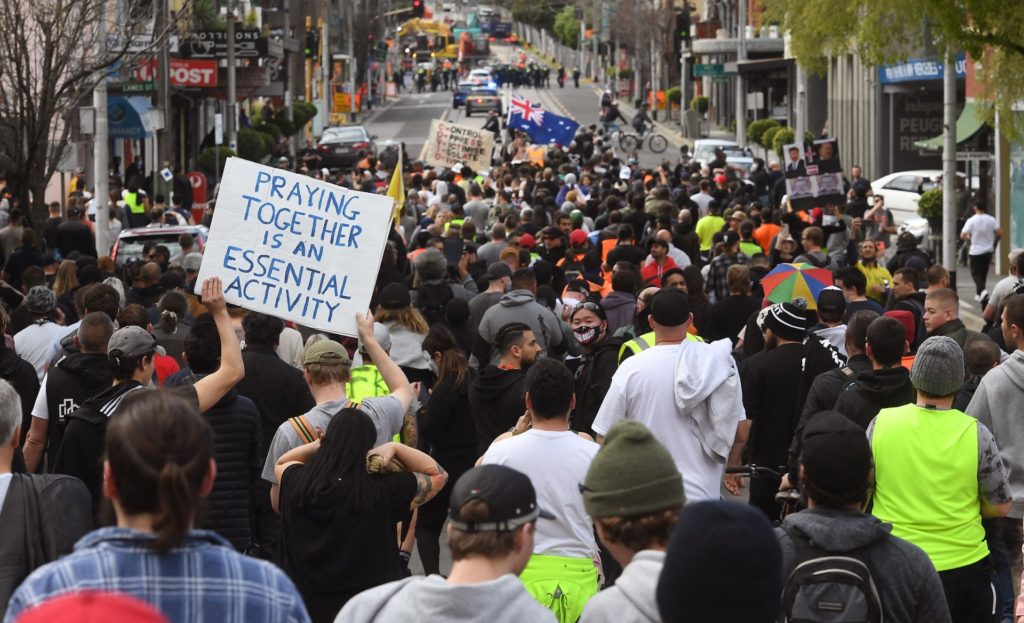 Protesters march through the streets during an anti-lockdown rally in Melbourne on September 18, 2021. (Photo by WILLIAM WEST/AFP via Getty Images)