The spectre of extremists returning to power in Germany took a step closer on Sunday evening during the final debate among candidates to succeed Chancellor Angela Merkel, with the left-wing Social Democratic Party of Germany candidate refusing to rule out a coalition government with the Marxist Left Party.

With less than one week to go before Germans will head to the polls to replace Angela Merkel for the first time as her sixteen-year reign comes to an end, it is increasingly likely that the SPD’s Olaf Scholz will prevail over her favoured successor Armin Laschet.

In the third and final debate on Sunday, snap polls found that once again Scholz bested the Christian Democrat Union (CDU) and Green Party candidates, with a Forsa poll finding 42 per cent of viewers saying the SPD candidate had won, with 27 per cent backing Laschet and 25 per cent saying the Green’s Annalena Baerbock, public broadcaster Deutsche Welle reported. 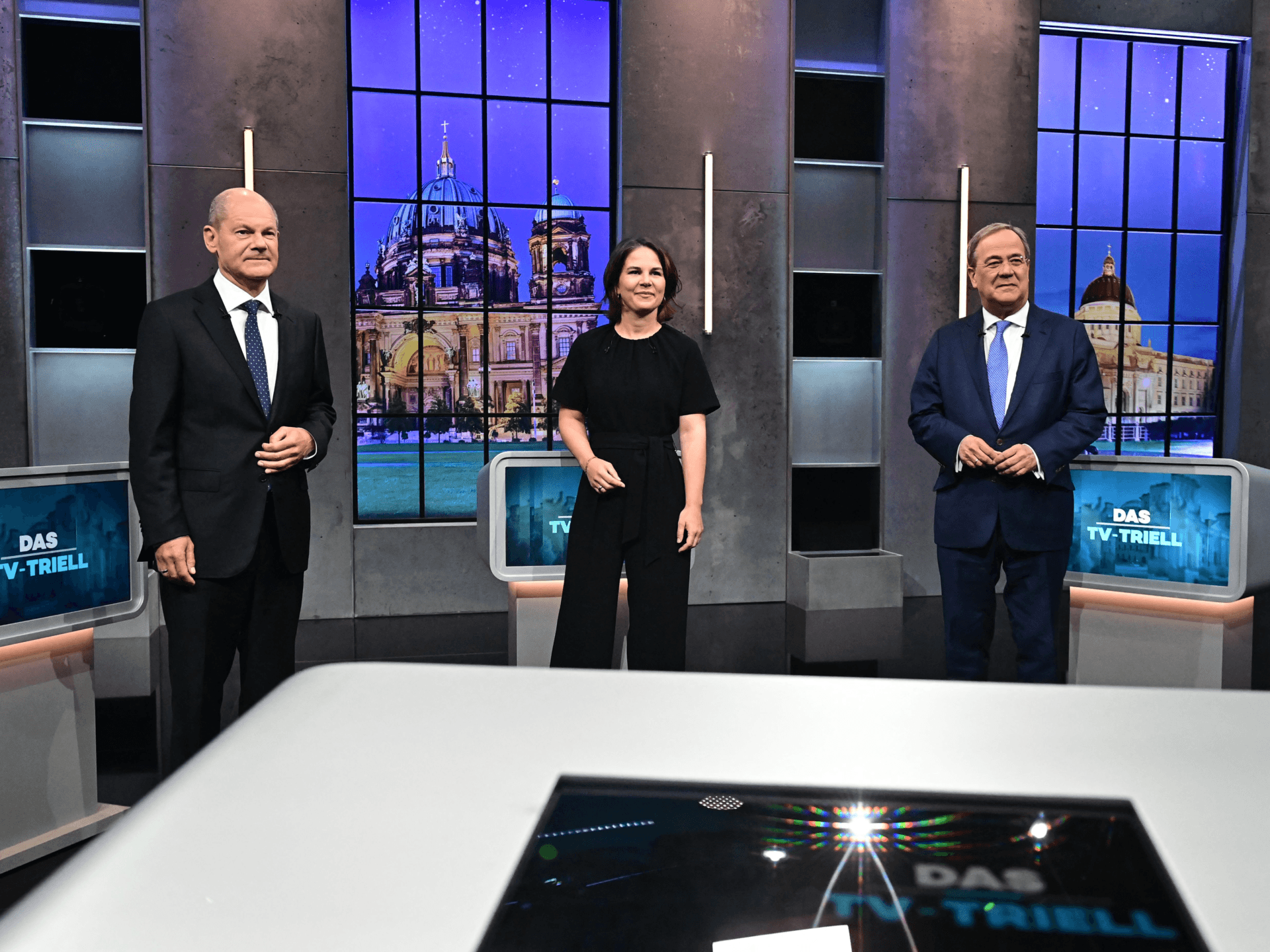 The results mirror the latest polling, which has Scholz as the clear frontrunner in the race, with the Social Democratic Party garnering 26 per cent in the latest national survey by INSA, compared to 21 per cent for Merkel’s CDU and 15 per cent for the Green Party.

Questions have swirled around possible alliances should Scholz and the SPD prevail on Sunday’s election. German papers noted that Scholz and Baerbock appeared to be working in concert during the debate, hinting at a possible SPD-Green coalition government.

Mr Scholz, who was previously a vice president of the International Union of Socialist Youth, said during the debate that he would only rule out forming a coalition with the populist right-wing Alternative for Germany (AFD), leaving the door open to an alliance with The Left party.

Armin Laschet, the minister-president of North Rhine-Westphalia and leader of the CDU, has tried to use the prospect of an empowered Left, which sprang out of the former Communist Party of East Germany, as a reason for voters to give Merkel’s party another term in power.

“If the far left was to participate in a German government this would be an extreme danger for the European project,” Laschet said in a speech to business leaders last week.

The warnings from Laschet have apparently fallen on deaf ears, with a series of embarrassing gaffes, including being filmed laughing at the site of a deadly flood this summer, severely damaging his prospects of becoming the next Chancellor, despite being supported by Angela Merkel.

The leader of The Left, Gregor Gysi has expressed openness to a possible coalition government with the SPD, saying: “I can only hope that the SPD will find its way out of neoliberal politics and out of its alliance with the Union.”

Complications may arise, however, over the socialist party’s stance on foreign policy issues such as its demand that Germany withdraws from NATO, remove American nuclear weapons from the country, and prohibit Germany’s military from deploying abroad.

“If the SPD and the Greens absolutely want nuclear weapons in Germany, there will be no coalition with us,” Gysi said.

The avowed Marxist did leave the door open slightly by saying that his party’s foreign policy demands would not have to be enacted “tomorrow”, however.