The United Nations climate circus is coming to the United Kingdom and no one, not even green-succubus-bewitched Prime Minister Boris Johnson, has been shilling harder for the upcoming COP26 shenanigans than the Royal Family.

Not a day goes by without the uncritical mainstream media running yet another Climate Industrial Complex propaganda piece about a member of the Royal Family saying or doing something ‘green’ in the run-up to COP26.

Today, yet again, it’s Prince Charles’s turn. The royal Climate Loon, we learn from another Daily Mail puff piece, has been busily indoctrinating his young grandson George with the usual eco-bollox.

Prince Charles has revealed told how his grandson Prince George is learning about climate change as he introduced a documentary ahead of Cop26.

The Prince of Wales, 72, appeared in the new The Sky Kids Original documentary Cop26: In Your Hands, and explained his eldest grandson, eight, has been learning global warming is causing ‘the big storms, and floods, the droughts, fires and food shortages’ around the world.

During the clip, Charles added: ‘When I was his age, people had no idea about the damage they were doing, but by the time I was a teenager I started to see that if we didn’t stop polluting our planet, we would face a very dangerous future indeed.’

Before that, at the weekend, it was the turn of the achingly dull Prince William to fly the eco-fascist flag with some stupid and pointless new prize he has launched to do with ‘sustainability’ or the ‘doomed planet’ or something. 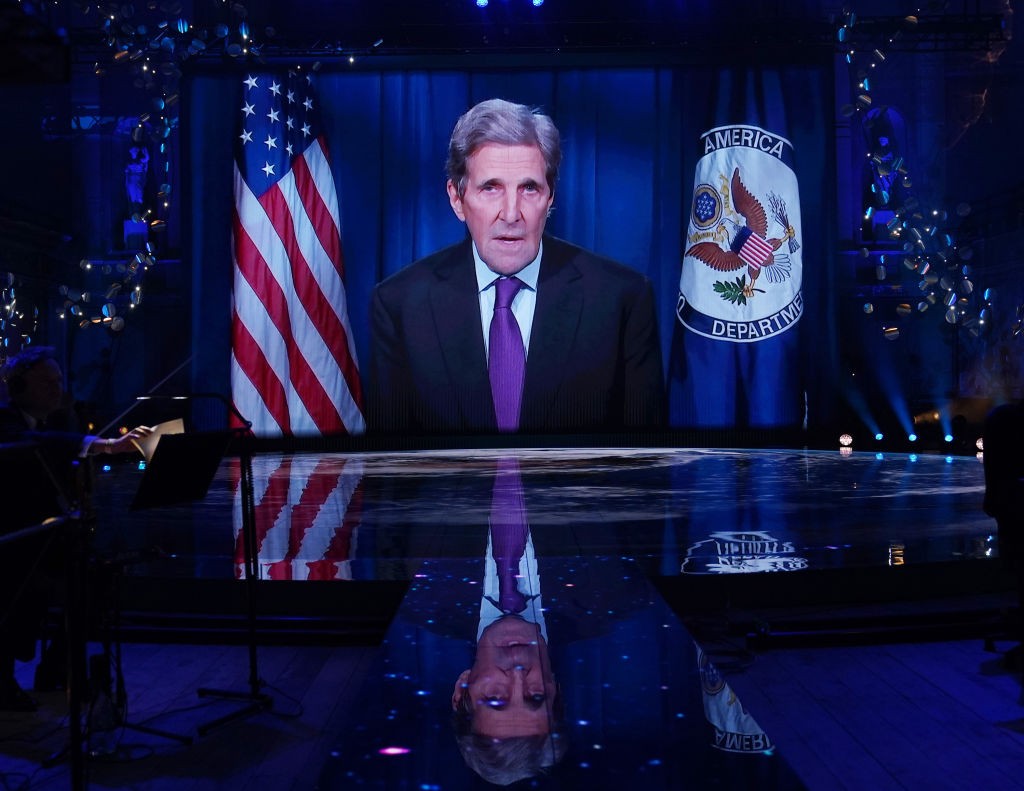 It was called the Earthshot Prize and to this cynical viewer it looked very much like the kind of event President Snow might have staged in the Hunger Games to entertain the pampered, glitzy freaks in the Capital, while the ordinary folk in the various Districts slowly starved to death.

Annoying singer Ed Sheeran turned up, dressed like a pumpkin and spoke to the worthy girl who used to play Hermione in the Harry Potter movies.

Prince William turned up dressed like a Bond villain. But not deliberately, one assumes; merely because he has zero dress sense or perhaps because some drooling minion put into his head the crap idea that if he wore an old velvet jacket with an old polo neck it would count as ‘upcycling’ and it would send very important messages to the proles that if you wear your outfits more than once it’s really good for the planet.

Whispery-voiced, gorilla-hugging Malthusian Sir David Attenborough turned up in a penguin suit and gave his usual speech about how we’re all doomed but especially the younger generation because apparently not nearly enough has been done about climate change, a subject which hardly anyone ever talks about… 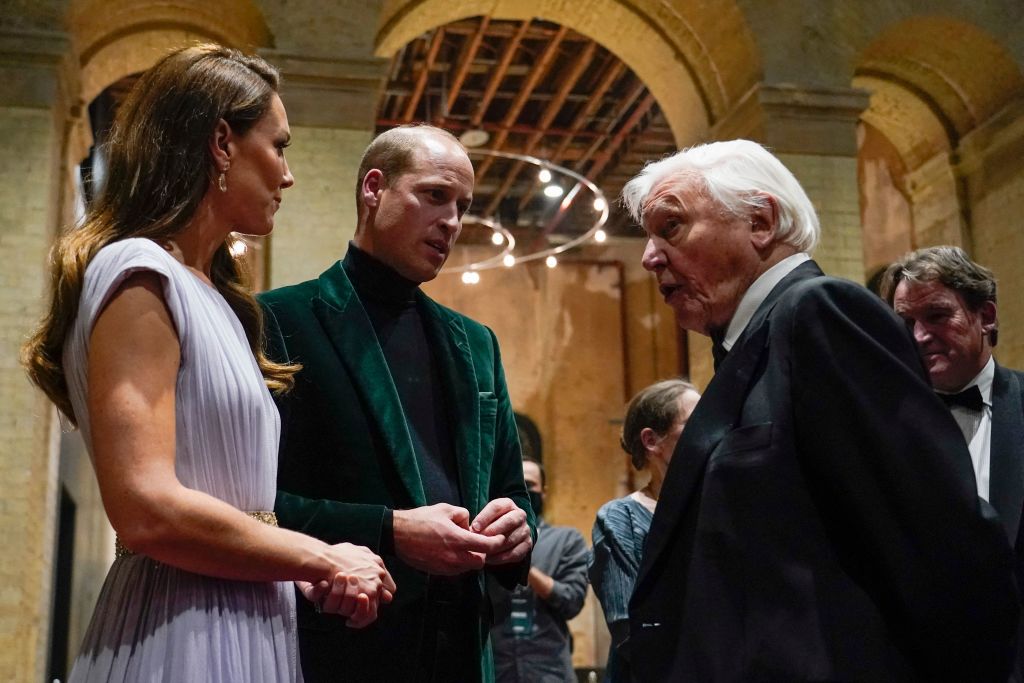 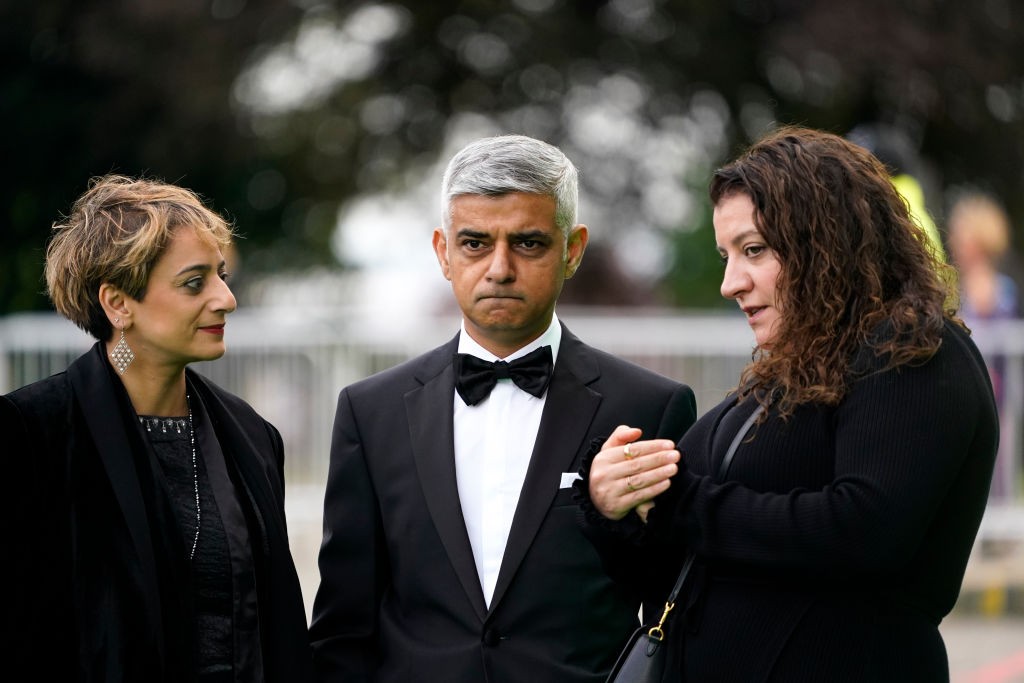 But I don’t think the public are buying this crap. When you look at the reader comments on these stories they are invariably negative. Here, for example, are some of the ones below the Mail‘s story about Prince Charles and his brainwashed green grandson George.

Well he shouldn’t be, he should be playing with cars and planes and lego etc. He’s a baby let him enjoy his childhood, stop with all this ludicrous green fakery, the worldbr will still be turning even when George is but dust.

Did anyone tell Prince George that his uncle travels by private jet to preach about climate change?

The [Royal Family] has really gone off the rails since Prince Philip has departed. Talk about leaping headlong into a political minefield.

That last point is well made. The Queen and her late consort Prince Philip are the last generation of Royals to have kept any kind of perspective on environmental issues.

Prince Philip, certainly, was an ardent climate sceptic who often found himself at loggerheads with his drippy, vegetable-hugging son Charles.

Though Prince Philip was himself a conservationist, he was definitely not a greenie. Indeed he told the late Christopher Booker in a letter, written in response to his climate-sceptical book The Real Global Warming Disaster.

I was startled and delighted to have a long, thoughtful and sympathetic letter from [Prince Philip], who also wanted to correct a mistake in my book. I had said he was still a supporter of the World Wildlife Fund, which he co-founded in 1961. In fact, he said, he had withdrawn from the WWF after it switched from its original focus on saving endangered species to relentless campaigning against global warming.

The Queen, I suspect, may well share her late husband’s scepticism. And even if she doesn’t, she is fully aware of the dangers of publicly endorsing so political a cause, which is why she treads so very cautiously on the issue.

Which is what made it so particularly disgusting when the Mail tried to insinuate last week that the Queen was fully on board with the green agenda.

It ran a tendentious story headlined ‘Queen’s green fury: Monarch says she is ‘irritated’ by world leaders who ‘talk but don’t DO’ in rare public intervention ahead of climate change summit…’

It went on to claim:

I was almost taken in by this drivel myself. Indeed, I dashed off a piece saying how disappointed I was with Her Maj for breaking the rule that, even by accident, the reigning monarch does not express views that might alienate half her subjects.

But actually, the piece’s claims were threadbare indeed.

Here is what the Queen had been overheard saying at the opening of the Welsh parliament.

‘Extraordinary isn’t it… I’ve been hearing all about Cop… still don’t know who is coming… no idea.

‘We only know about people who are not coming… It’s really irritating when they talk, but they don’t do.’

These are not the words of someone frustrated that more isn’t being done to ‘combat’ climate change. They’re the words of an irritated, upper class host who is irked that her guests haven’t RSVP-ed her party invitation.

To suggest otherwise is to impose an interpretation on the Queen’s words they simply cannot bear. Clearly, even though she is speaking in private – or thinks she is – to officials at an event, the Queen is resolutely steering away from controversy.

The Daily Mail is hugely dependent on royal tittle-tattle. It cannot afford to annoy the Buckingham Palace press office because then it wouldn’t get the access it craves to the various royal family members. So how on earth was it able to get away with running so tendentious a piece which twists the facts in order to misrepresent the Queen as some kind of eco-fanatic?

We can only speculate. But what I suspect is happening here is that the power base of the old order, represented by the Queen, is being eroded to the point where it no longer has much influence. Prince Charles and his aides know that it cannot be too long before he takes over the throne and are beginning to throw their weight around.

For quite a few of us, definitely me included, the passing of the Queen will bring to an end any loyalty we may feel towards the monarchy.

The kind of eco-fascist world view being championed by World Economic Forum regular Prince Charles, and apparently destined to be inherited both by his sons and grandson, has absolutely nothing to do with the interests of the royal family’s so-called ‘subjects.’

Once the Queen goes, we’ll be better off if these jet-setting, eco-evangelical hypocrites fly off to some remote island with a bunker inside a volcano and leave us all well alone.