A 1933 statue on the facade of the central-London headquarters of the BBC, created by a prominent British artist who was claimed to have sexually abused children and a dog, was vandalised with a hammer by a protester on Wednesday. The incident comes just days after a group in another British city were cleared of criminal damage for toppling a statue of a controversial historical figure and throwing it into a harbour.

A man leant an aluminium extending ladder against the front of the London headquarters of state broadcaster the BBC Wednesday evening, allowing him to climb to the decorate stringpiece level with the bottom of statue Prospero and Ariel, which he chipped pieces from with a lump hammer while police watched from below. Also scrawled on the statues were the messages “time to go was 1989”, and “noose all peados [sic]”.

The statue is one of several works on and in the BBC’s Broadcasting House by Eric Gill, who died in 1940. Gill, a favourite of British elite tastes in his own time and whose stylistic influence helped mould the aesthetic of 20th century Britain, was revealed in a biography after his death to have been a sexual abuser who raped his own teenage daughters, sister, and family dog.

Outside BBC right now a man is trying to smash up Eric Gill statue while another man live streams talking about paedophiles. Gill’s horrific crimes are well known. But is this the way? pic.twitter.com/IzFUBIJfwT

While the abuse was revealed in the 1980s, it remained comparatively little known outside the art world until recently, when the presence of the artworks by an acknowledged child rapist on the front wall of the BBC, which has faced allegations of harbouring predatory paedophiles in more modern times, became controversial.

The fact the most prominent of Gill’s statues on the BBC headquarters features a naked child likely also contributed. It is probable the message written on the statue Wednesday “time to go was 1989” is a reference to the 1989 biography that revealed to the public for the first time Gill’s abuse.

The vandalism follows the publicity generated by a court case last week that saw four individuals cleared of criminal damage charges for pulling down a statue of a merchant who lived in Georgian England, and throwing it into Bristol Harbour. In the case, the jurors were told by a defence lawyer that in considering their verdict they should make sure to be “on the right side of history”. 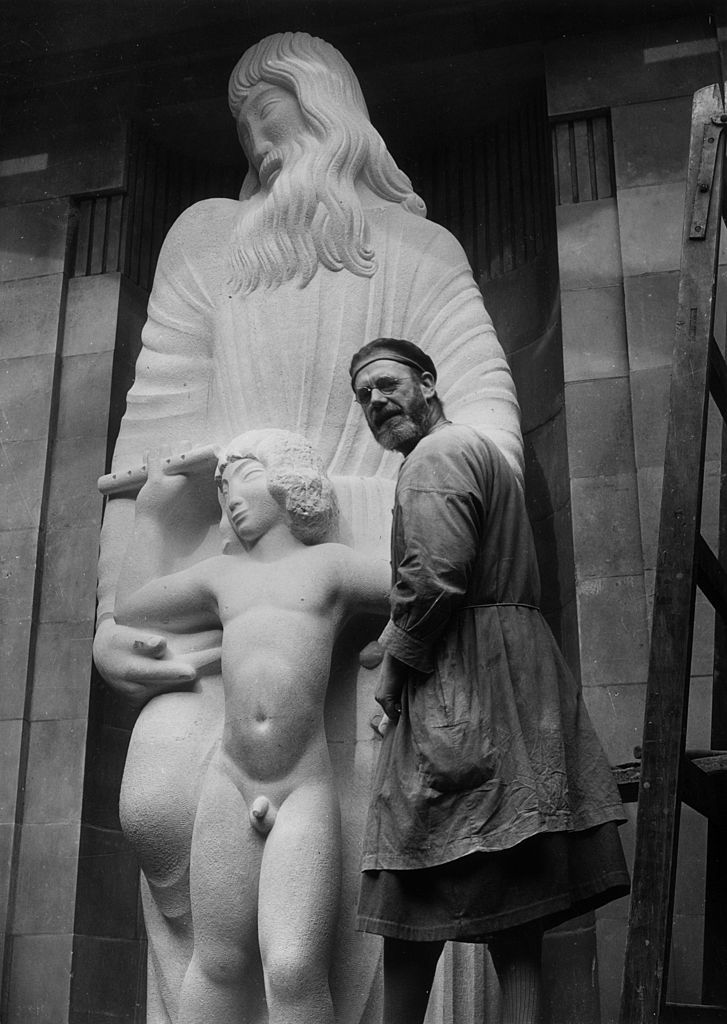 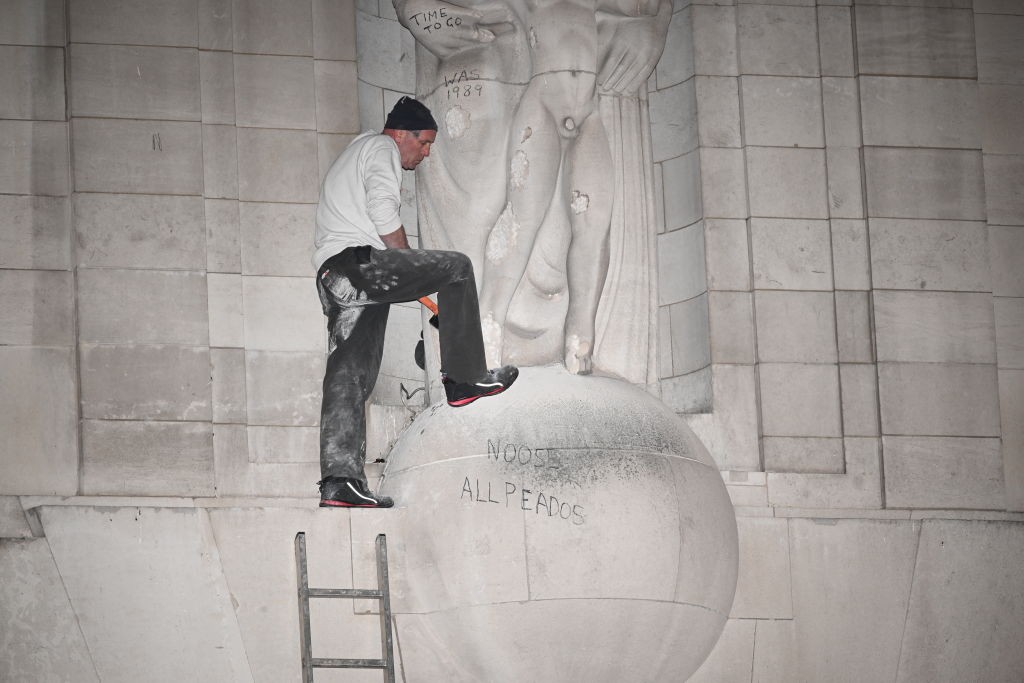 Another defence lawyer told the court that the statue had been a “cancer” in Bristol that needed to be cut out so the city could heal.

Critics called the acquittal a legal precedent that would give carte-blanche to future statue smashers who could justify vandalism in such terms.

While the Colston statue had few defenders in the wake of its removal by a mob in the establishment media, at least one senior figure in the BBC was quick to leap to the defence of its own controversial artworks. Sharing footage of the attack in progress, BBC News Culture editor Katie Razzall asked, perhaps rhetorically: “Gill’s horrific crimes are well known. But is this the way?”.

Other works by Gill adorn public, private, and religious buildings the length and breadth of Britain, but perhaps his most lasting impact on the built environment was his typographical design, which included the logo and signage for nationwide newsagent WH Smith and others. Most well known was his Gill Sans typeface, which in derivative form was the official font of the BBC, British Railways, and at times even the covers of Penguin paperbacks.