PARIS (AP) – A homicide investigation was opened on Monday after a security guard at the Qatari Embassy in Paris was killed and a suspect arrested, the prosecutor´s office said.

The circumstances of the killing, including the method used, were not immediately clear. The prosecutor´s office said that “the use of a weapon is not at this time confirmed.”

French press reports that said the guard was killed around 7 a.m. outside the embassy in Paris´ posh 8th district, apparently beaten to death. Several French media reported that the suspect appeared to be mentally unstable.

The special prosecutor for terrorism cases was not involved in the case, meaning that terror has been ruled out as a motive in the attack. 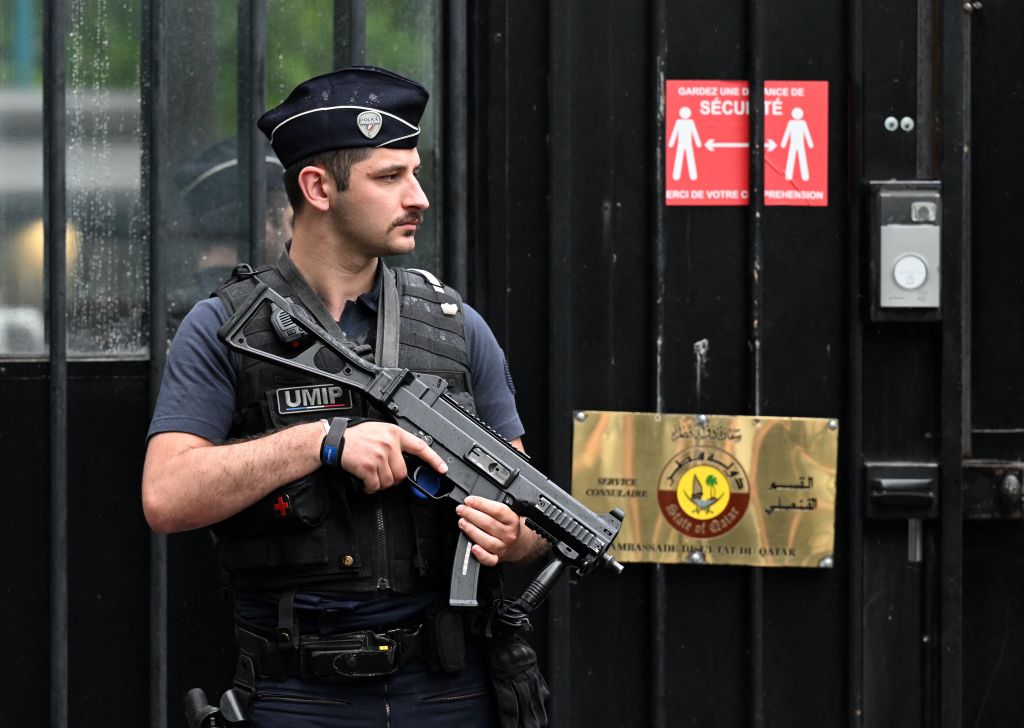 A French UMIP policeman takes up a position outside the Qatar Embassy in Paris on May 23, 2022, following an incident in which a security guard died. – A guard working at the embassy of Qatar in Paris was killed by a man who was arrested afterwards, a source close to the investigation and the prosecutor of Paris told AFP. (Photo by Emmanuel DUNAND / AFP) (Photo by EMMANUEL DUNAND/AFP via Getty Images)