“The coalition led by the Brothers of Italy of Giorgia Meloni has a clear majority,” la Repubblica reported Sunday night.

Brothers of Italy is at over 26 percent, with the League at 9 percent, and Forza Italia at around eight percent, making the total come to just over 43 percent. Meloni’s conservative alliance also looks that it will now control both houses: the Chamber of Deputies and the Senate. 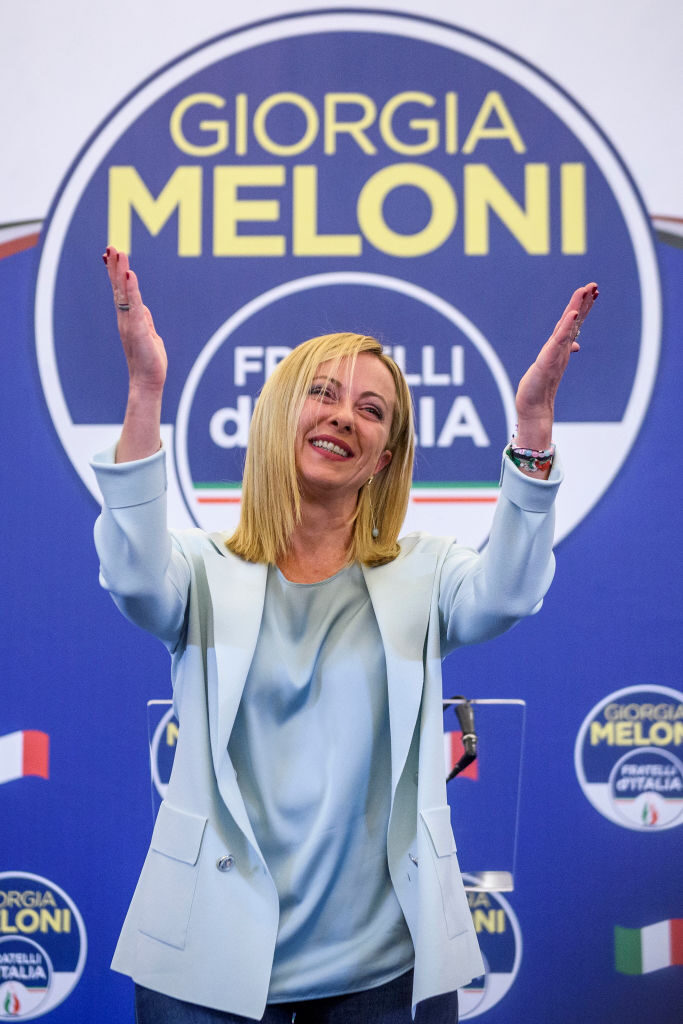 Giorgia Meloni, leader of the Fratelli d’Italia (Brothers of Italy) gestures during a press conference at the party electoral headquarters overnight, on September 25, 2022 in Rome, Italy. The snap election was triggered by the resignation of Prime Minister Mario Draghi in July, following the collapse of his coalition. (Photo by Antonio Masiello/Getty Images) 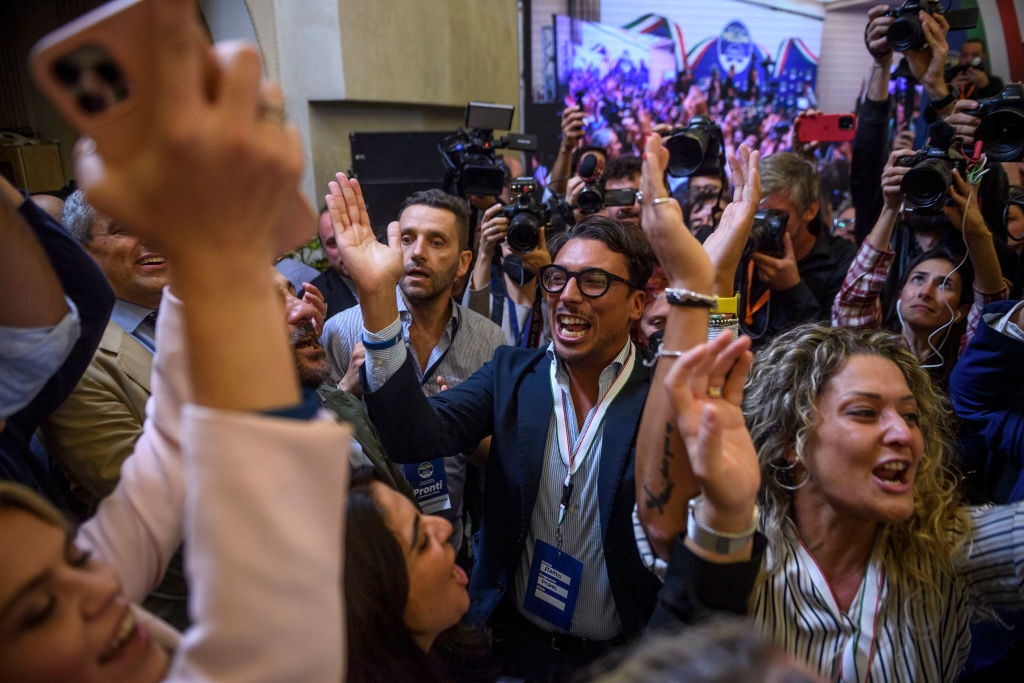 Supporters react after the press conference of Giorgia Meloni, leader of the Fratelli d’Italia (Brothers of Italy), at the party electoral headquarters overnight, on September 25, 2022 in Rome, Italy. (Antonio Masiello/Getty Images)

“Today we wrote history,” Meloni said in a social media post in the early hours of Monday morning in Italy.

“This victory is dedicated to all the militants, leaders, supporters and to every single person who – in recent years – has contributed to the realization of our dream.”

“To those who, despite the difficulties and the most complex moments, have remained in their place, with conviction and generosity. But, above all, it is dedicated to those who believe and have always believed in us,” she added.

“We will not betray your trust. We are ready to revive Italy,” Meloni affirmed.

Meloni’s motto is “We defend God, country, and family.” She has also expressed her dedication to traditional family values, opposition to gender ideology and the LGBT lobby, as well as support for strong borders and an end to mass migration.

As Breitbart News previously reported, the party leaders in this conservative coalition are eurosceptics, if not open “Italeavers” — the Italian version of Brexiteers — with even the comparatively center-right Berlusconi having hardened his stance on the EU after senior officials, in his view, successfully conspired to have him ousted as Prime Minister in 2011.

With Meloni’s victory, Italy is now expected to join the few European countries that have conservative governance at this time, such as Hungary and Poland.