A string of senior Ukraine government officials were sacked or resigned amidst a flurry of corruption claims Tuesday, with those shown the door accused of taking illicit payments as the Ministry of Defence allegedly signed overinflated military contracts.

Reports of foul play in Ukraine’s high offices first broke over the weekend, with critics pointing to under the table payments to deputy ministers and suspect military equipment contracts, however only now are details being made public and those accused named.

The Guardian details the comprehensive list of dismissals is long. It sets out Tymoshenko personally asked President Volodymyr Zelensky to relieve him of his duties as part of the wave of exits.

The move comes amid a corruption scandal which saw Infrastructure deputy Vasyl Lozinskyi sacked and detained for an alleged theft of $400,000 from the winter aid budget.

Military-grade weaponry in Ukraine has previously alleged to have been sold on to international buyers on the encrypted messaging app Telegram, including some hardware made in the United States, as Breitbart News reported.

A Canadian NGO has warned that Western weapons shipped to Ukraine could not only end up in Russian hands but may even end up being sold on the international black market. https://t.co/l2AAXFUock

Ukraine’s deputy defence minister Vyacheslav Shapovalov, responsible for supplying troops with food and equipment, has also resigned, citing “media accusations” of corruption that he and the ministry say are baseless.

Deputy prosecutor general Oleksiy Symonenko has been removed from his post, according to the prosecutor general’s office, and two deputy ministers resigned from Ukraine’s Ministry of Communities and Territories Development – Vyacheslav Negoda and Ivan Lukerya. 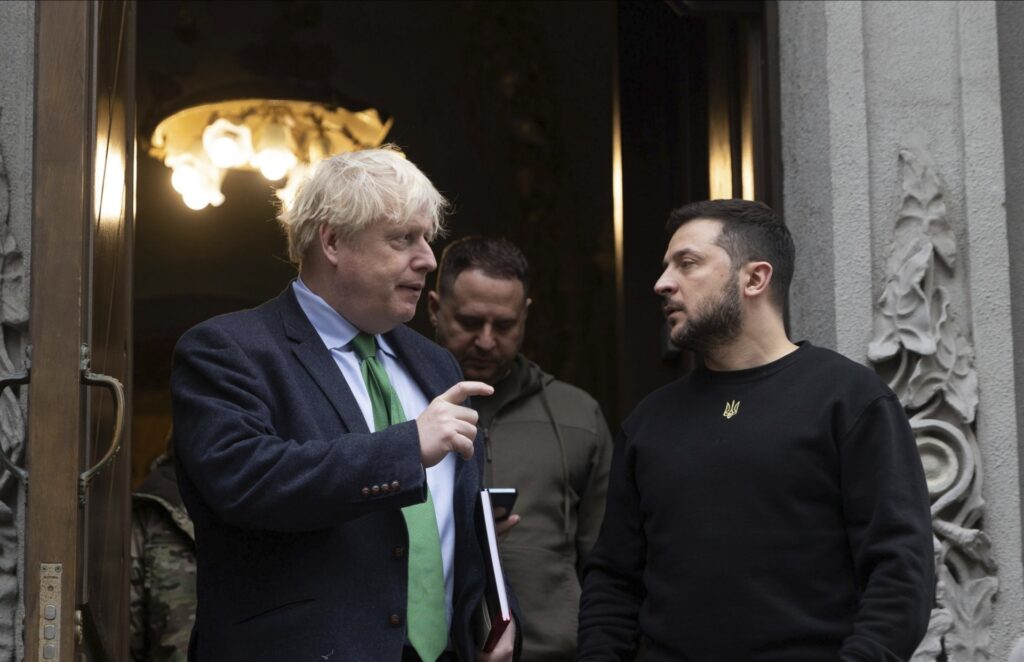 According to the Guardian, the heads of five regional authorities across the country have also been dismissed, in Dnipropetrovsk, Zaporizhzhya, Kyiv, Sumy and Kherson.

Over the weekend, Euro News reports a Ukrainian newspaper investigation accused the Defence Ministry of signing off contracts to supply food to frontline troops at “two to three” times the regular price.

Miliary-grade weaponry including U.S. hardware in Ukraine is allegedly being sold on to international buyers via the messaging app Telegram. https://t.co/1TiV4gMCKl

“Even if these accusations are unfounded.. [the resignations] will make it possible to preserve the confidence of society and international partners,” said the Ministry of Defence in a press release.