The president of the Italian Society of Anti-infection Therapy (SITA) said Thursday that over 90 percent of new cases of coronavirus in Italy are asymptomatic, “which means they are not sick.”

Dr. Matteo Bassetti, who is also the director of Infectious Diseases at the San Martino Hospital in Genoa, told the Italian newspaper Corriere della Sera that an exclusive focus on new positive “cases” of coronavirus is misguided, since while increased testing reveals more cases, most of these are healthy.

Wednesday’s official bulletin on coronavirus cases in Italy registered 642 “new cases” in the past 24 hours, but that happened in large part because of vastly increased testing. Over those same 24 hours, Italian healthcare personnel performed a record 71,095 tests, or almost 20,000 more tests than the day before.

Dr. Bassetti said that even asymptomatic cases of the virus should be quarantined to avoid possible contagion, but this should not cause alarm as if the virus were growing in strength or threatening a “second wave.” 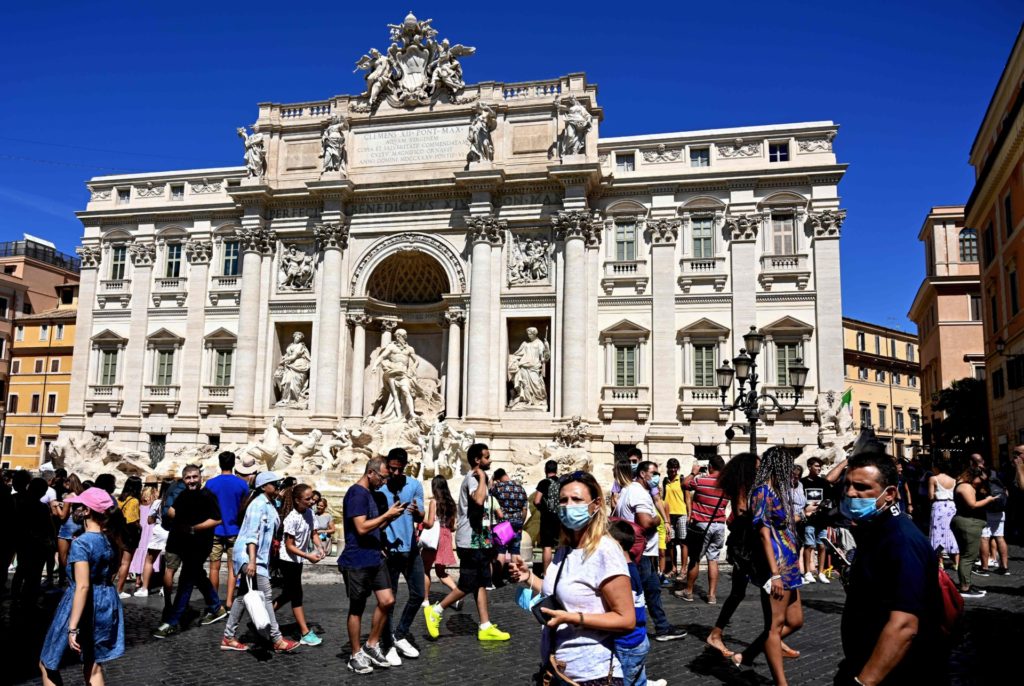 Tourists walk by the Trevi fountain in downtown Rome on August 19, 2020 during the COVID-19 infection, caused by the novel coronavirus. On the square in front of the imposing Baroque masterpiece, police tried in vain to impose the mask on passing tourists who have come to take their picture. (VINCENZO PINTO/AFP via Getty Images)

Bassetti also cautioned against treating asymptomatic cases with cortisone or azithromycin, insisting that “there is no scientific reason to support these prescriptions.”

“Faced with a subject with few symptoms and without pneumonia from COVID, the prescription of all kinds of antibiotics should be avoided,” Bassetti added later in a Facebook post.

“I understand that there is an exaggerated use of antibiotics in COVID subjects with no signs of pneumonia,” he said. “This should be absolutely avoided so as not to cause greater problems, such as the selection of antibiotic resistant bacteria themselves.”

The most recent research suggests that the virus is, in fact, becoming less aggressive, Bassetti notes.

“It could be due to a reduced viral load, to better care of the sick, to some mutation of the virus itself,” Bassetti said.

He also noted encouraging clinical findings in his own hospital of San Martino di Genova.

“In the months of March, April, and May at San Martino di Genova we had a mortality of 11 percent in hospitalized patients. Now it is zero,” he said.