A British court decided Thursday against a young woman with Down syndrome who challenged a law permitting the abortion of children with her condition up to birth.

While abortions in England, Wales, and Scotland are forbidden after 24 weeks of pregnancy, an exception is made when there is “a substantial risk that if the child were born it would suffer from such physical or mental abnormalities as to be seriously handicapped,” in which case abortion may be performed at any time before birth.

Heidi Crowter, a 26-year-old woman with Down syndrome who lives on her own and recently got married, called the legislation “offensive” and together with two others took the Department of Health and Social Care to the UK High Court, contending that a provision of the 1967 Abortion Act is discriminatory and violates the European Convention on Human Rights. 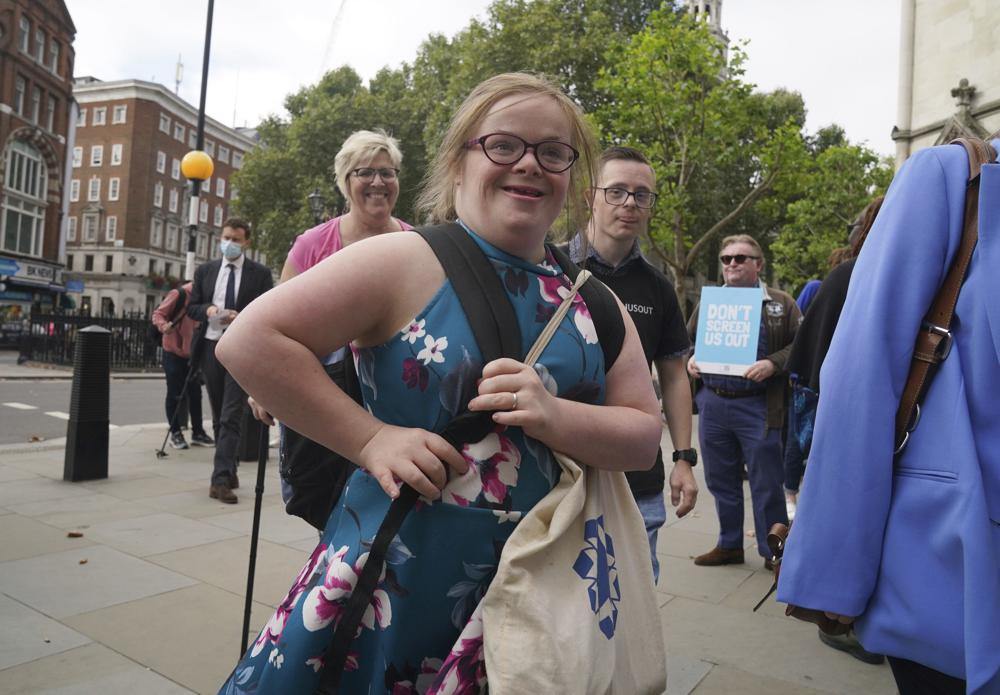 During the two-day hearing of the case in July, Jason Coppel QC, representing the petitioners, told the court that Down syndrome is the single most common justification for “late-term abortions” under the Abortion Act.

In their decision, two senior judges, Lord Justice Rabinder Singh and Mrs. Justice Nathalie Lieven, dismissed the case, arguing that not all mothers will want to carry a pregnancy to term if they believe the child will be born with disabilities.

“The evidence before the court powerfully shows that there will be some families who positively wish to have a child, even knowing that it will be born with severe disabilities,” they said. “But the evidence is also clear that not every family will react in that way.”

“The evidence is also clear that, although scientific developments have improved and earlier identification may be feasible, there are still conditions which will only be identified late in a pregnancy, after 24 weeks,” the judges said.

During the hearing of the case, Crowter told reporters that the law was “out of date.”

“I hope we win. People shouldn’t be treated differently because of their disabilities; it’s downright discrimination,” she said at the time.

Having lost, Crowter now says she intends to appeal the ruling.

“The fight is not over,” Crowter said. “We face discrimination every day in schools, in the workplace and in society. Thanks to the verdict, the judges have upheld discrimination in the womb too.” 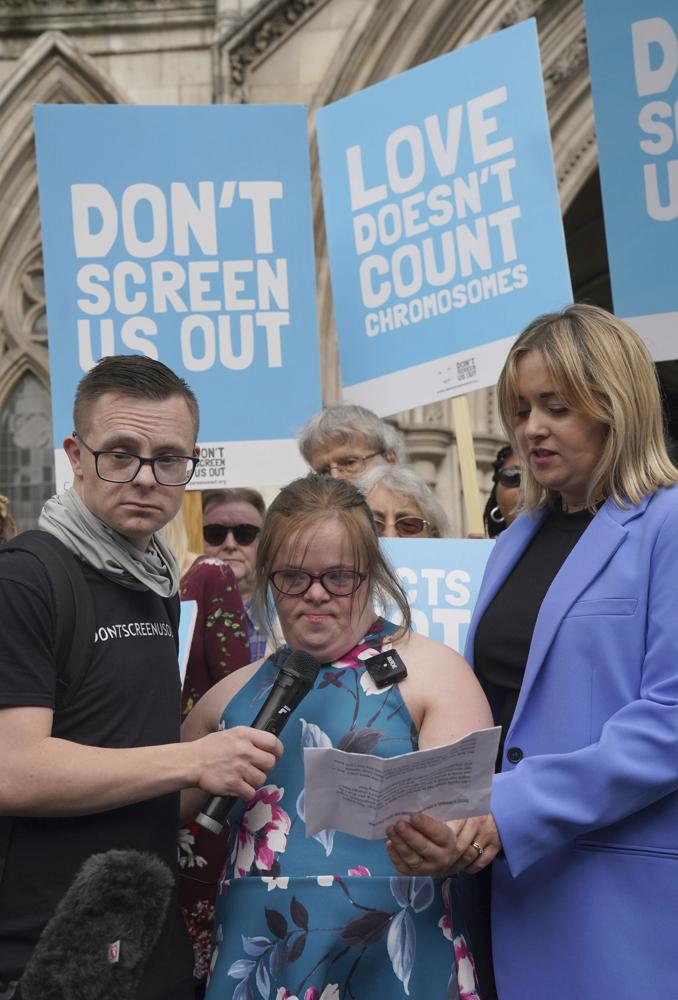 Campaigner Heidi Crowter speaks after her court case outside the High Court in London, Thursday, Sept. 23, 2021. (Gareth Fuller/PA via AP)

Crowter compared the battle against eugenic abortions to William Wilberforce’s fight against slavery.

She said that “when the going got tough, he kept going, and I’m going to do the same, because I want to succeed in changing the law to stop babies like me … being aborted up to birth, because it’s downright discrimination.”

Paul Conrathe, an attorney from the law firm representing the three petitioners, said the judgment was “out of step with modern attitudes to disability.”