President Donald Trump suggested Tuesday that he prefers one of the eight border wall prototypes during a visit to the site on the U.S.-Mexico border where the 30-foot-high models have been constructed and tested.

Trump, visiting California for the first time as president, examined the prototypes and received a briefing from Border Patrol, as well as from federal government officials handling the project. 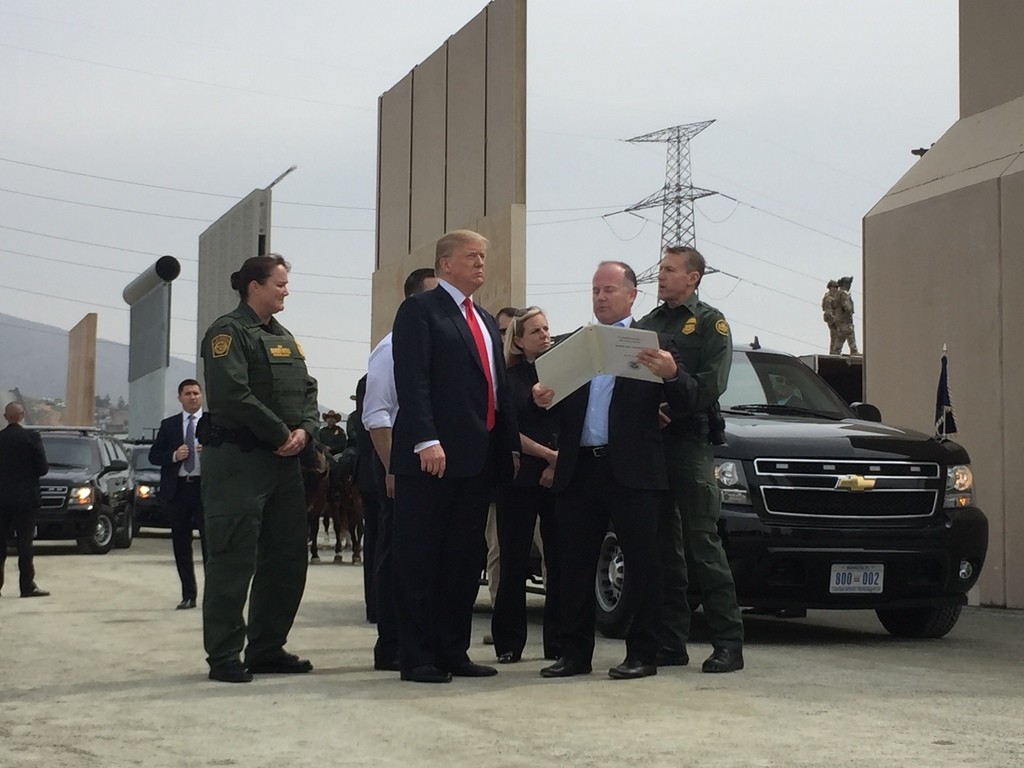 During his tour, Trump told reporters that he wanted a wall that had some “see-through capability” so that Border Patrol agents could see what, and who, was on the other side.

“You have to know what’s on the other side of the wall. … You could be two feet away from a cartel, and you don’t even know they’re there,” he said.

Three of the eight prototypes include some “see-through capability,” in the form of thick steel struts at ground level. 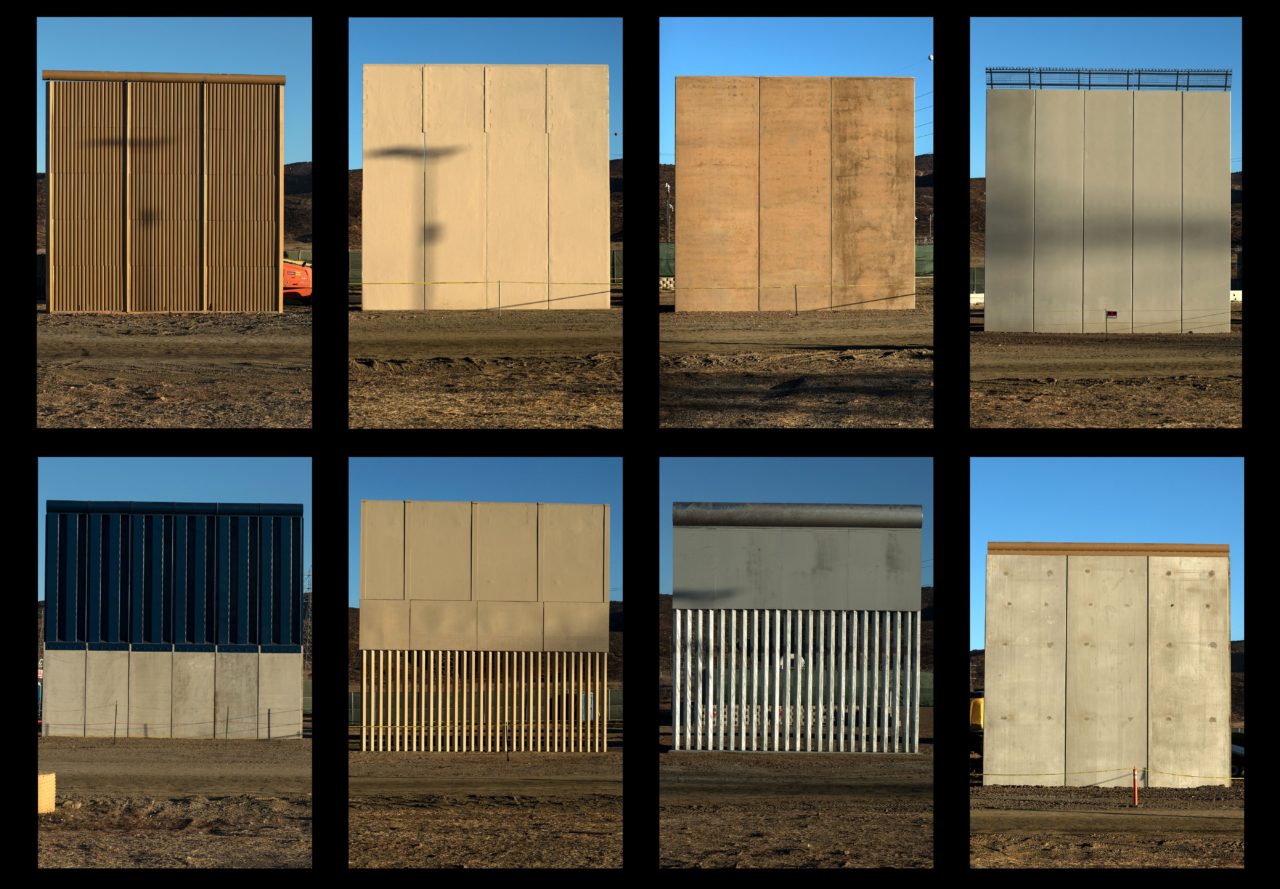 The president also said he preferred prototypes that had a rounded top, which would make scaling the wall with a rope or grappling hook more difficult.

Only one of the eight, however, has both “see-through capability” and a rounded top. 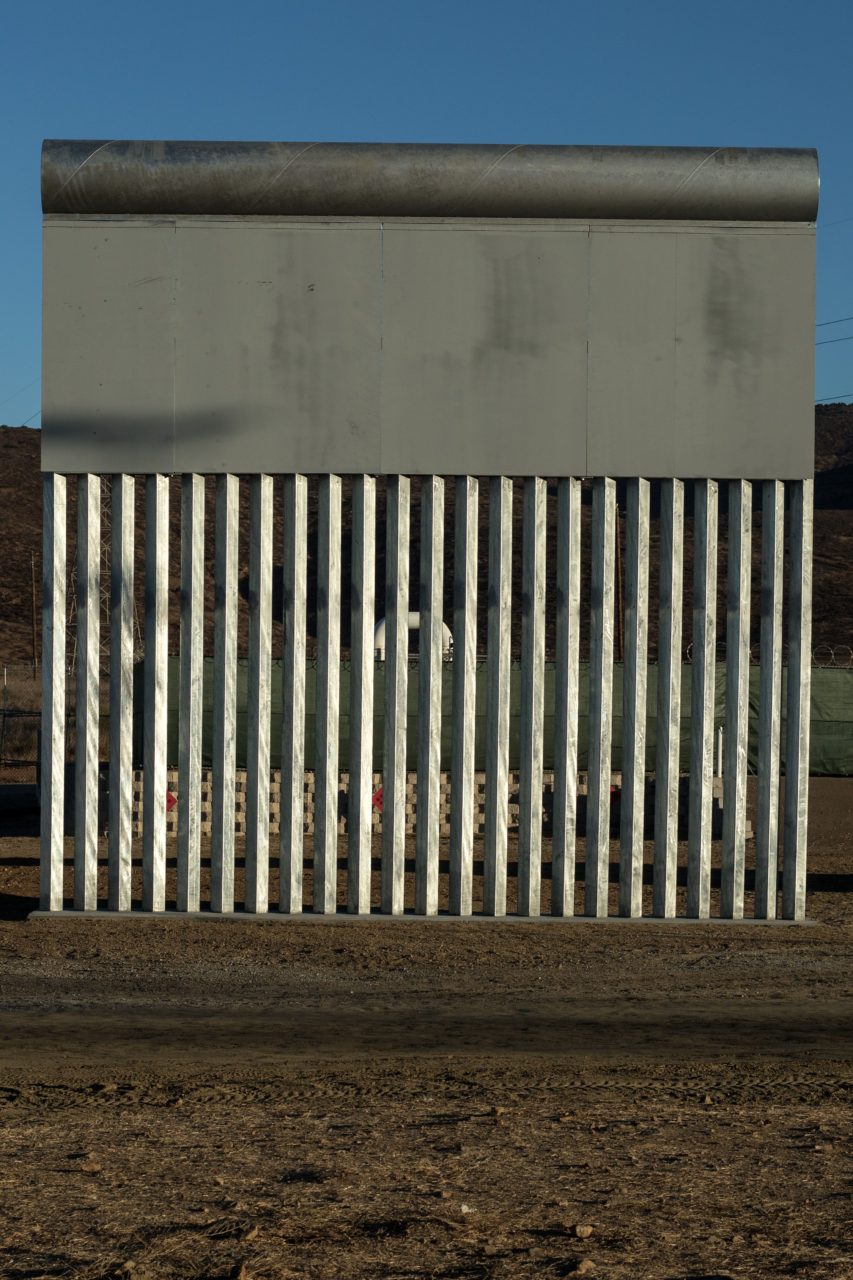 That prototype was built by KWR Construction Inc., a company based in Sierra Vista, Arizona. It features metal columns supporting metal plates and a round metal top. It is also the most expensive of the eight models, at $486,111 (the cheapest is $320,000).

Interestingly, KWR Construction is Hispanic-owned, and its workers have reportedly been harassed for work on border projects. Media reports note that the company has extensive federal contracting experience and touts the fact that it comes from a border state.

One caveat: the president noted yesterday that he might be inclined to choose a cheaper option. ““The ones that work the best aren’t necessarily the most expensive. I like that ring,” he said.

It is possible that the final wall project — if and when it is fully funded — could include several prototypes, or mix and match elements of different prototypes.