NEW YORK, NY — Breitbart Jerusalem Editor-in-Chief Aaron Klein lambasted the unadulterated anti-Israel bias of the “fake news media” on Sunday during the Israel Day Concert in Central Park, saying, “The time has come for Israel to troll the world with the truth … because the fake news media won’t do that.”

“I have to say the worst part of my job is actually to be associated, on any level, with the rest of the news media; the totally fake news media,” Klein told the audience. He added, “I think some members of the fake news media will at some point be listening to this, so let me just give them a little 101 on Israel: First of all, what is it with this fake news term ‘East Jerusalem’? What is it? It doesn’t exist. There is no such city as ‘East Jerusalem.’ There is one city, it’s called Jerusalem.” 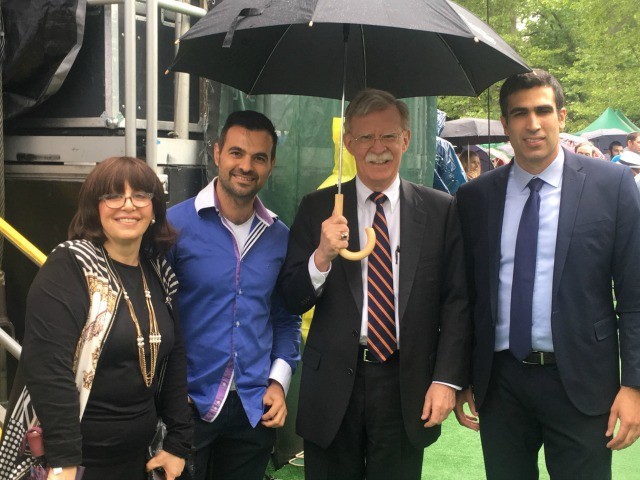 Klein previously reported that the term East Jerusalem “is largely utilized to claim that Israel is occupying ‘East Jerusalem’ and that the city section should become part of a future Palestinian state.” He has noted that “Jews maintained a historic presence in Jerusalem, including in the eastern sections, until they were forced to leave the Old City en masse in 1948. Jordan illegally occupied and annexed the West Bank and eastern Jerusalem from 1948 until Israel captured the lands in a defensive war in 1967.”

Klein continued, “Another fake news term that I’m really getting sick of is ‘peace partner.’ Mahmoud Abbas is the partner for peace we’re being told repeatedly left and right. Did you hear his speech three weeks ago when he was at the White House and he pretty much lied to Donald Trump’s face and said that he, Mahmoud Abbas, was educating children and grandchildren and Palestinians in general, in peace?”

Klein went through just a few examples of how non-peaceful the Palestinians are.

He pointed out that several days before, Breitbart Jerusalem published numerous articles about anti-Israel incitement in official Palestinian Authority media outlets. Abbas also rejected a request by the Trump administration, and repeated calls by lawmakers in the past, to end “pay-for-slay” payments that reward Palestinian terrorists and their families with money for carrying out crimes against Israelis. 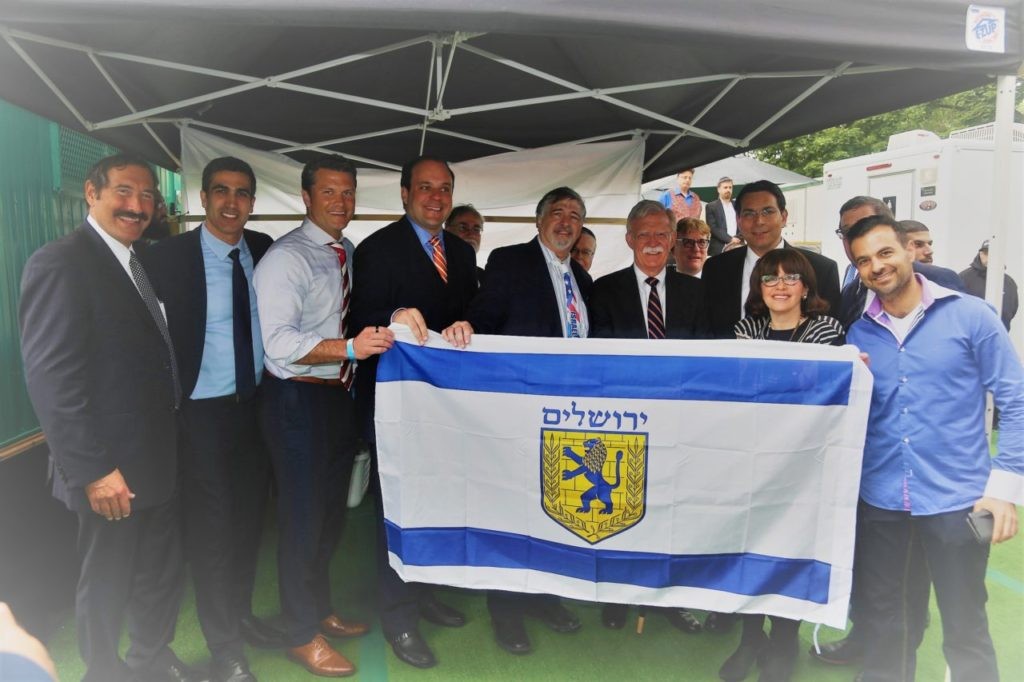 The Palestinian Authority has reportedly paid these terrorists and their families $1.12 billion (NIS 4 billion) over the past four years.

The day before Trump’s meeting with Abbas in D.C., a television show broadcast on official Palestinian Authority TV interviewed a “hero” terrorist and called for a return to the “days of the Intifada” and violence against Israelis.

Klein asserted that only Israel will guarantee the rights of all religions to access and pray at their holy sites.

Klein recalled the “Siege of Bethlehem” in 2002 when Palestinians took priests and nuns hostage for 39 days, as well as when the Palestinians destroyed the yeshiva at Joseph’s Tomb, Judaism’s third holiest site, and painted it green, the color of Islam. He also reminded the crowd that the Islamic custodians of the Temple Mount, Judaism’s holiest site, don’t allow Jews or Christians to pray at or bring holy objects to the site.

“Therefore, it’s up to us, not the news media, to set the record straight and to make the world understand that the truth is very much on our side,” Klein told those gathered.

In the end, Klein said, truth is the only way forward. “And today, in the age of Donald Trump, I think we really need to learn that the time has come for Israel to troll the world with the truth, to tell the truth because the fake news media won’t do that.”

The Israel Day Concert was organized by pro-Israel activists Dr. Joe and Karen Frager. Concert chairpersons include Dr. Paul and Drora Brody, with Odeleya Jacobs, Vice President of the Orthodox Jewish Chamber of Commerce, organizing media for the event. The musical director was Shlomi Dachs.