TEL AVIV – After Lebanon-based, Iran-backed terror group Hezbollah took to social media to threaten Israel with another war using a series of intimidating memes, a boutique Israeli web design company fought back on the same platform by cynically advising the Islamist group on what to expect should it go through with its threat.

The original campaign by Hezbollah supporters, entitled “Time for the Victory,” tells Israelis what to equip themselves with for the “upcoming war,” including anti-anxiety pills “in order to keep your composure,” running shoes “for a quick escape,” gas masks for when “ammonia plants are attacked with rockets” and a flashlight in the event that Israel’s “electricity plants are attacked with rockets.”

“We went through the difficult wars and we carry with us memories and open wounds from those years. We are loyal to the IDF, to the state and to the city in which we live,” said one of the initiators of the Israeli campaign from Web Yourself, a web design company based in the northern Israeli town of Kiryat Shmona close to the Lebanese border. “We don’t think it’s right that their futile threats go without a response.”

Below are images gathered by Ynet of both Hezbollah’s campaign and Web Yourself’s counter-campaign. 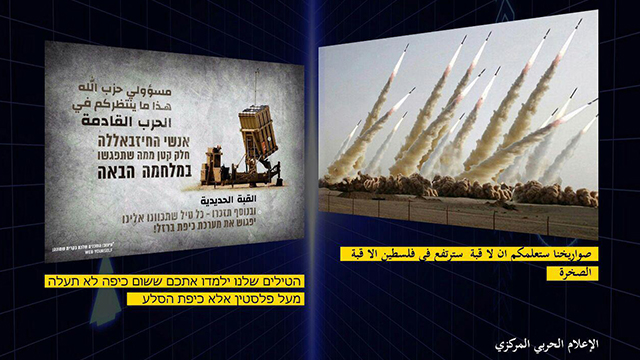 “Our rockets will teach you that no [Iron] dome will rise above Palestine, only the Dome of the Rock.” 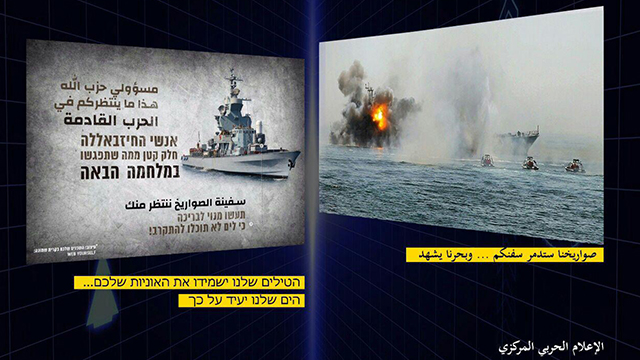 “Our rockets will destroy your ships. The sea will bear witness to that.” 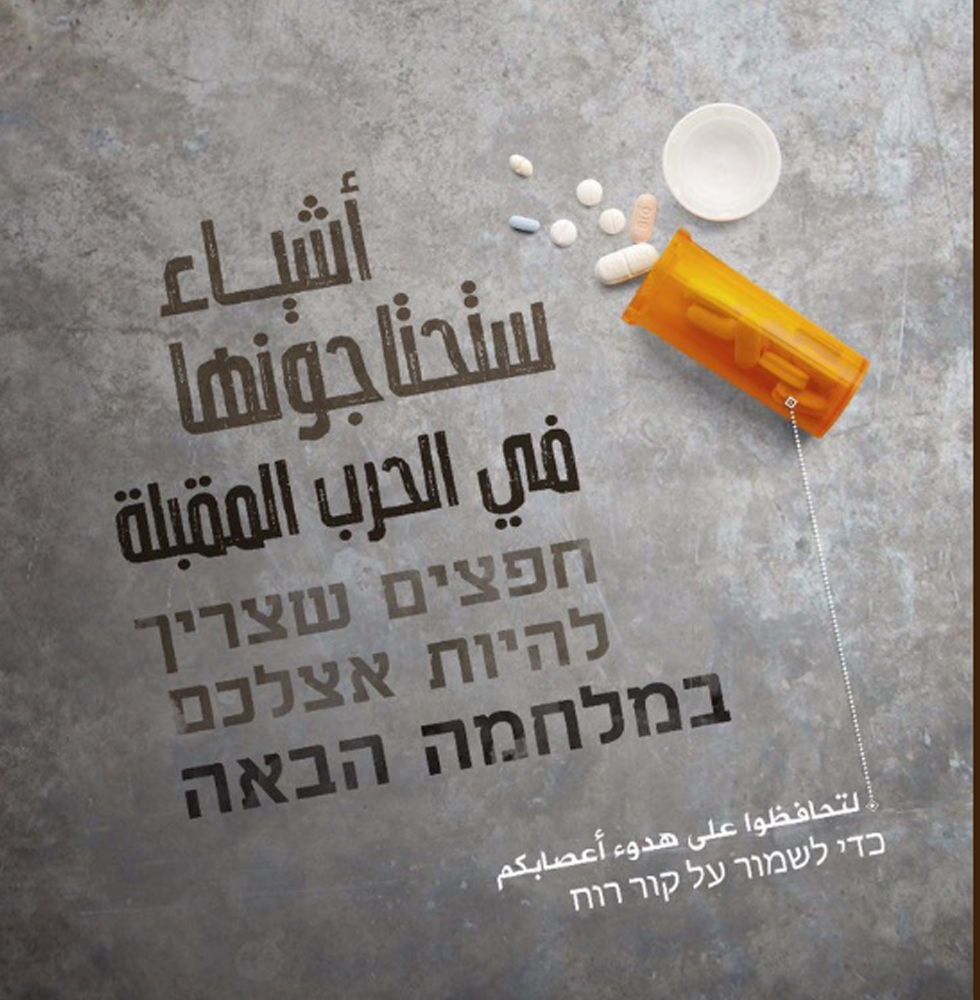 “To keep your composure.”

In its own campaign titled, “What awaits Hezbollah in the next war,” Web Yourself offers its own suggestions as to what Hezbollah and its supporters need to equip themselves with in the event of war. 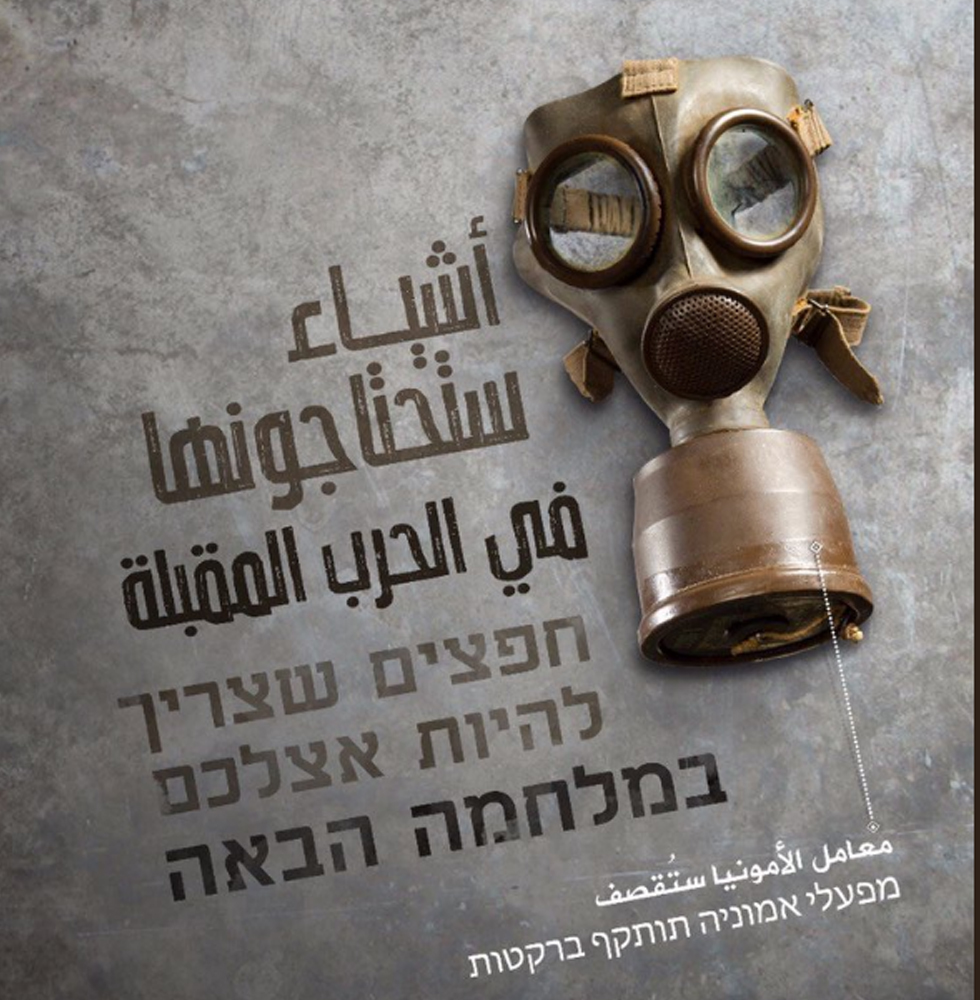 “Ammonia plants are attacked with rockets.”

In response to Hezbollah threats that Israel’s navy will be attacked by missiles, the Israeli company posted a meme with the quip, “Join a swimming pool club, because you won’t be able to come near the sea.” 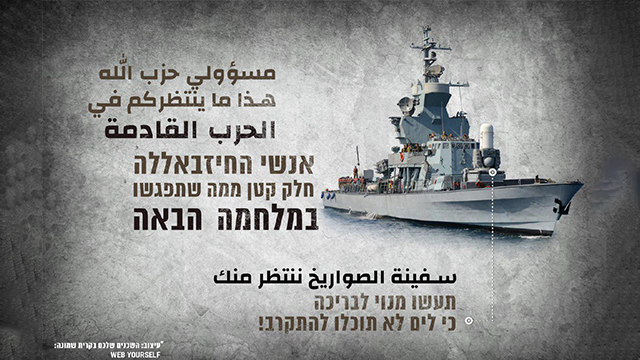 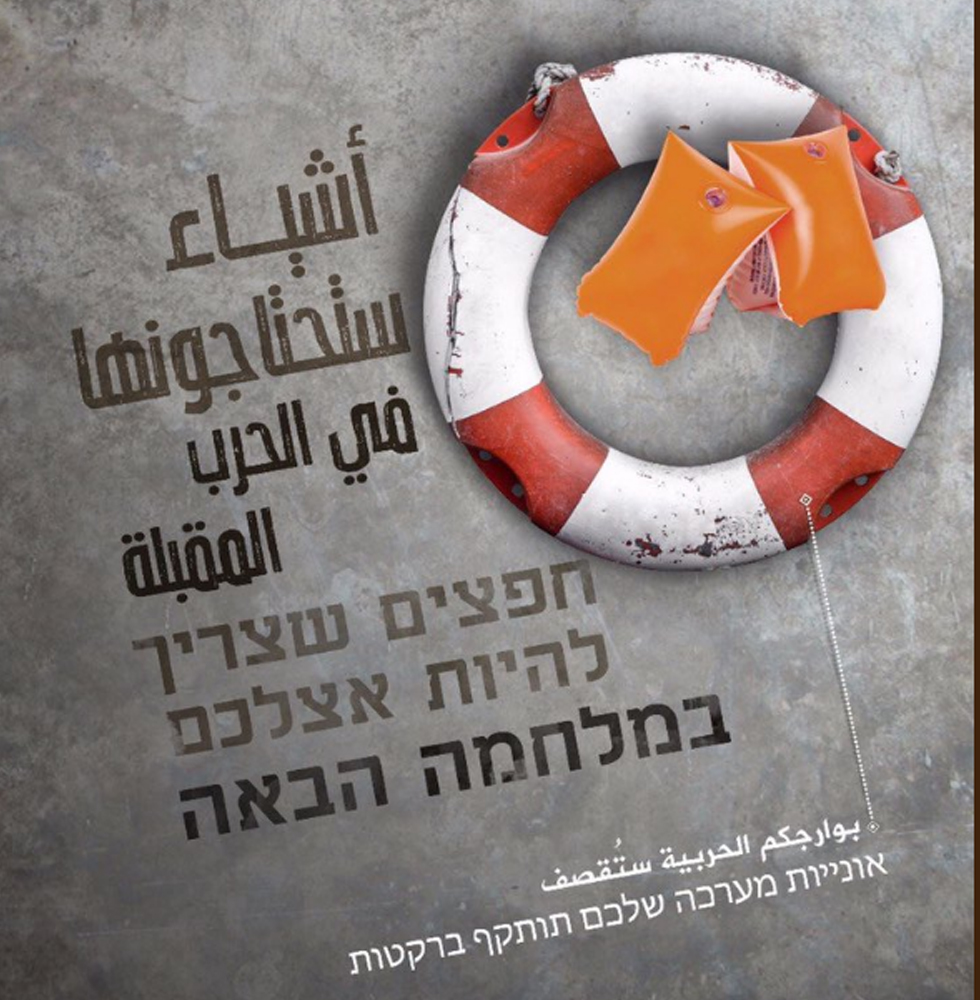 Hezbollah threat: “Your ships will be attacked with rockets.”

Hezbollah’s digital media department responded “We are waiting” in Hebrew to a meme posted by the Israel company in which it warned that the terror group will not be able to evade Israel’s recently acquired F-35 fighter jets.

In response to the Israeli company’s image of the Iron Dome missile defense system accompanied by the warning that “every rocket aimed at us will meet the Iron Dome system!” Hezbollah wrote: “Our rockets will teach you that no dome will rise above Palestine, only the Dome of the Rock.” 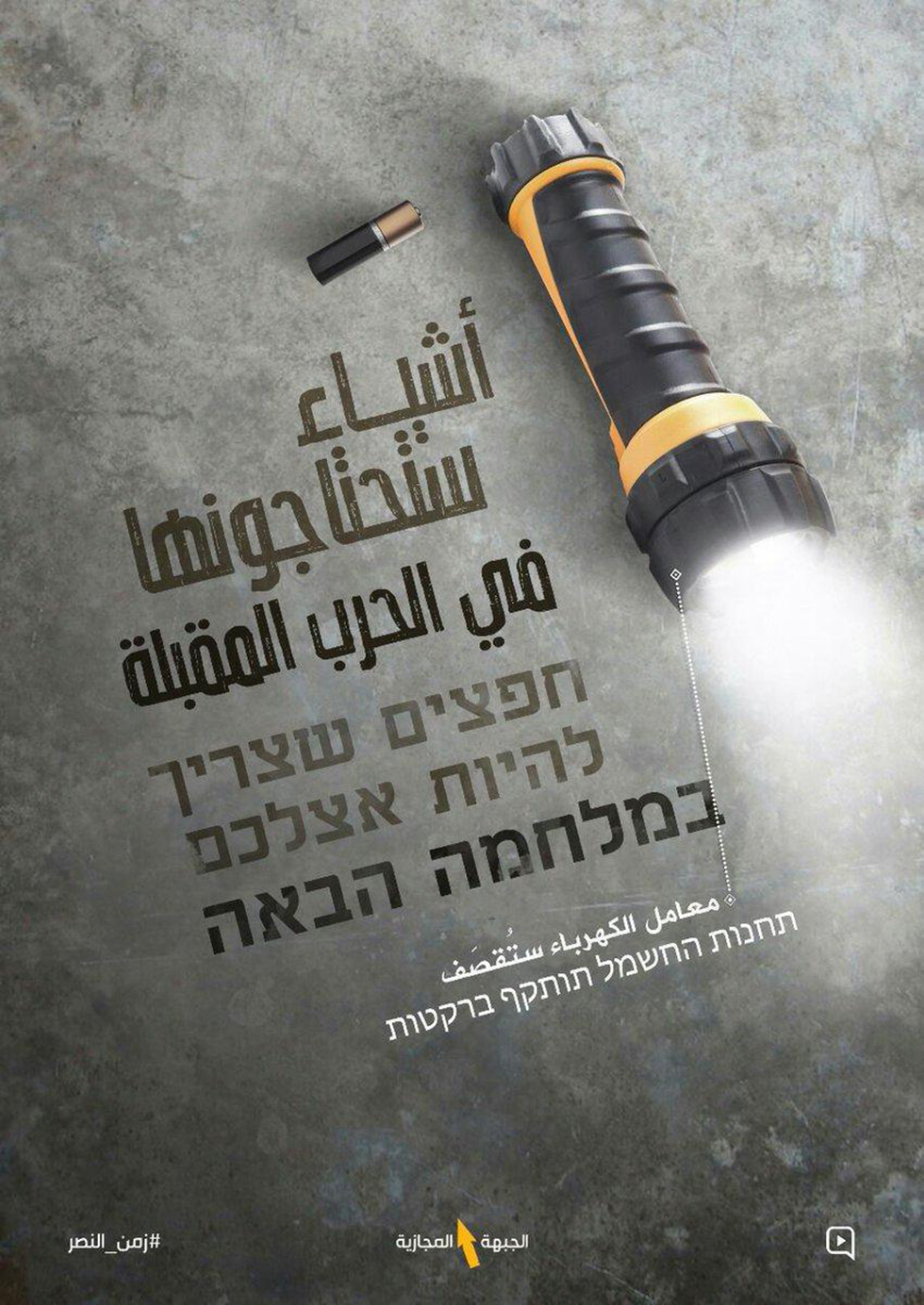 “For when electricity plants are attacked with rockets.”

Hezbollah also tweeted, “Zionists, ask your military commanders and politicians who conducted the last failed war with us where they are now.” 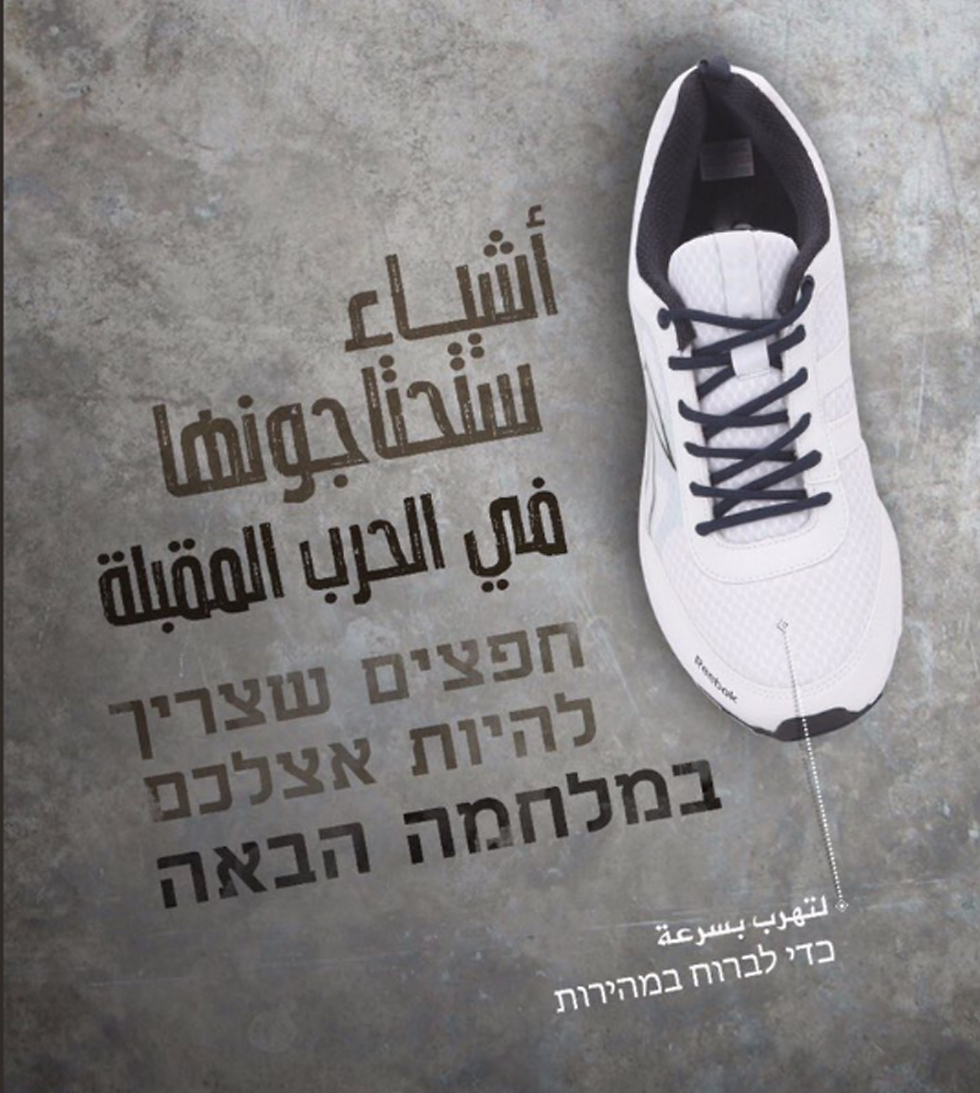