TEL AVIV — The Islamic State terror organization has published what it claims are photos of Wilyat Sinai, the Egyptian branch of IS, purporting to show how the murderous group is forcing sharia law on those who live in their areas of control in Sinai, despite the war being waged against them by the Egyptian army.

The undated photos depict IS members cutting off the hand of an Egyptian man caught in the act of theft. A representative of the organization is seen reading the accusations against the suspect and one of the organization’s fighters cuts his hand off. 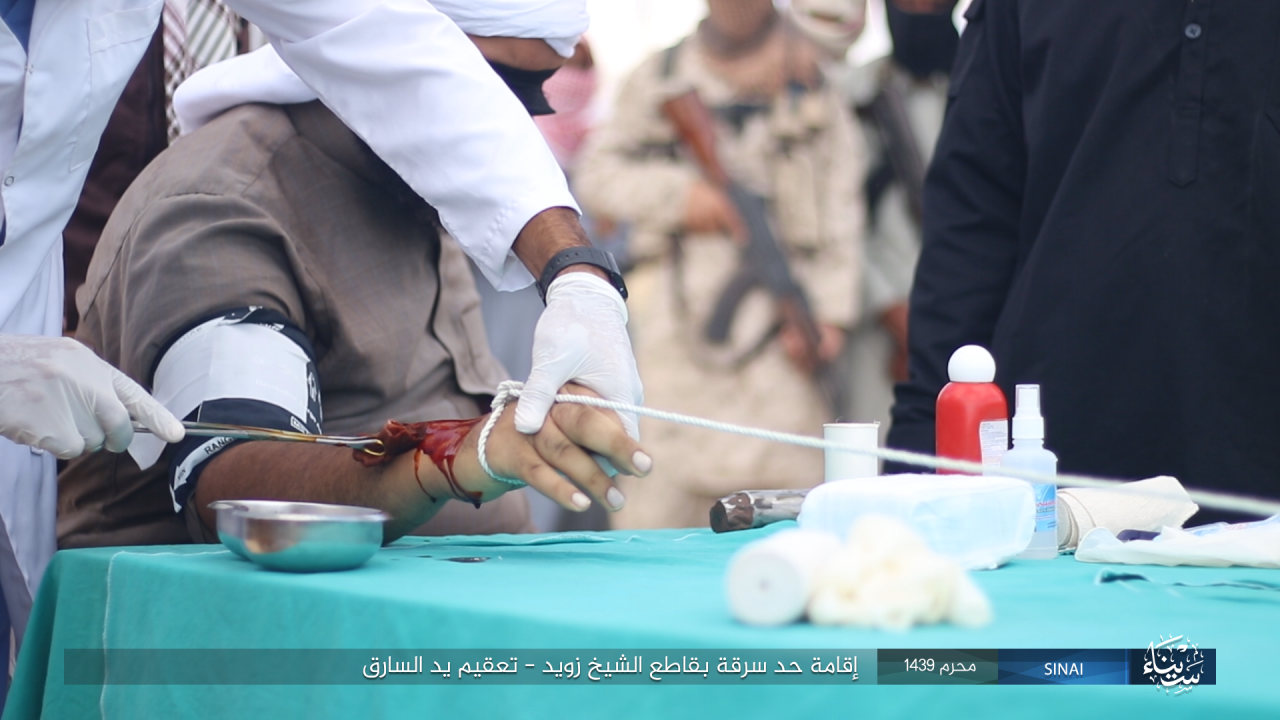 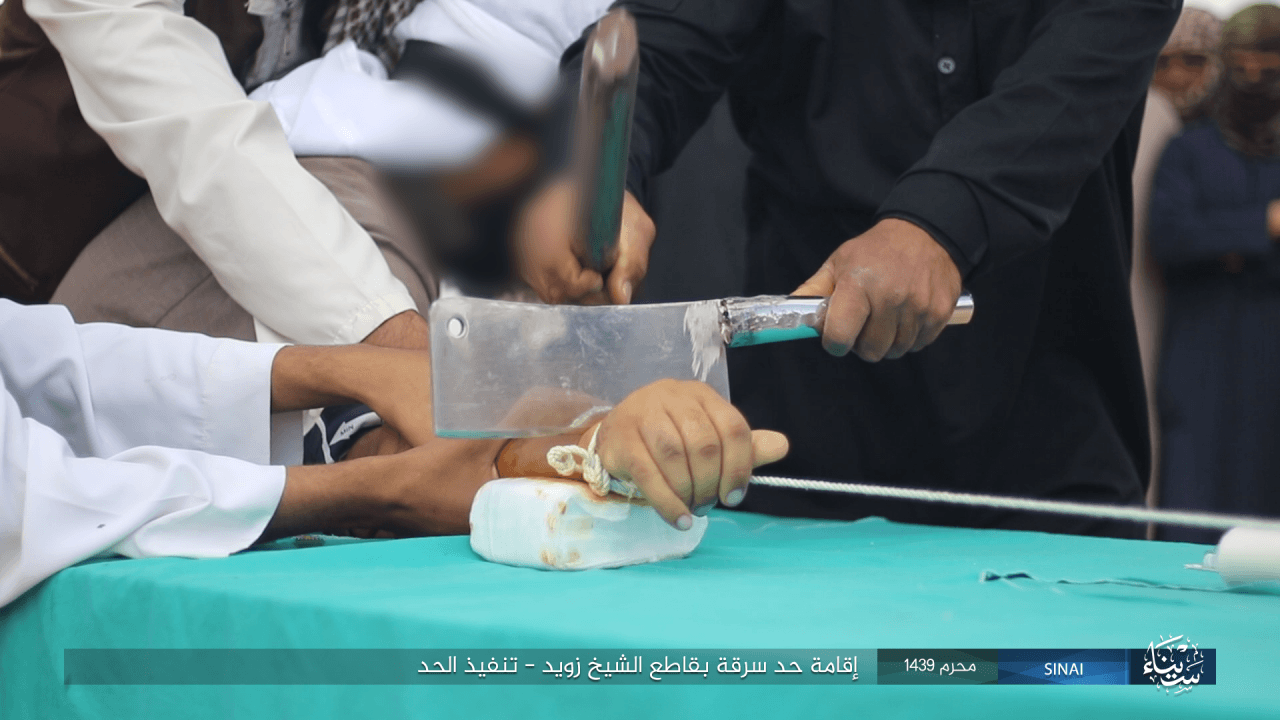 Immediately after, IS medics provide medical care to the accused. 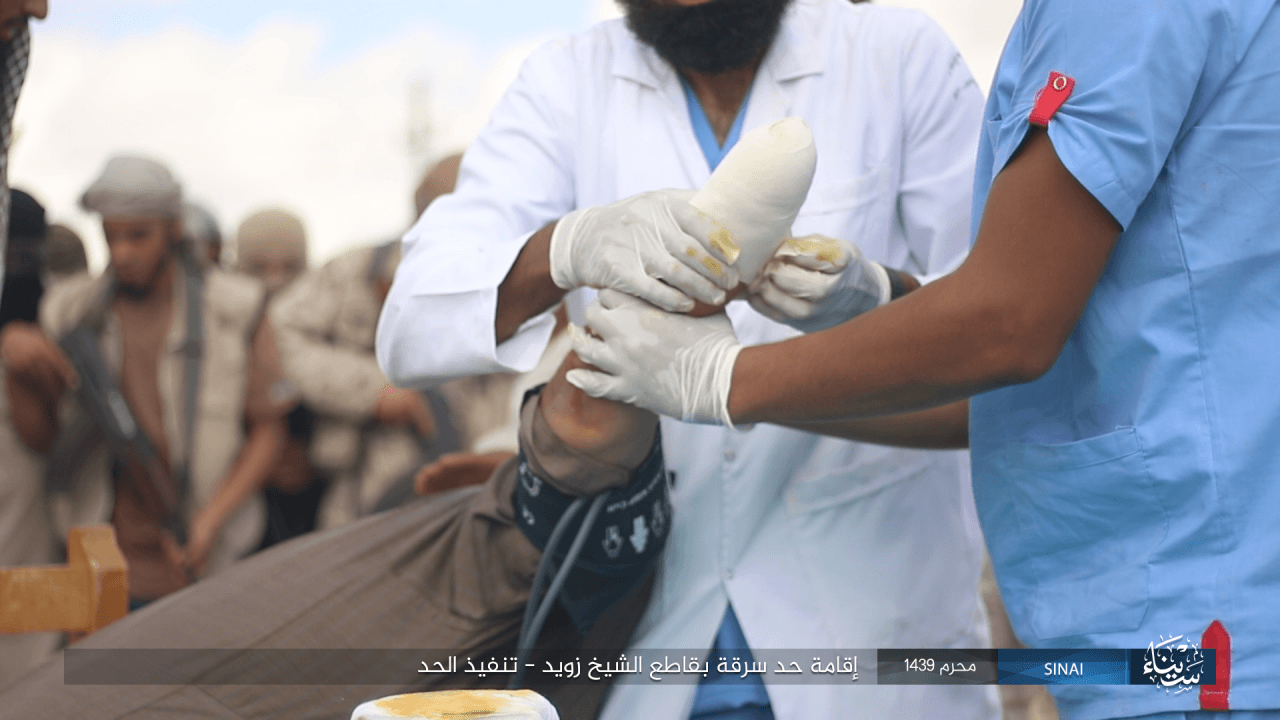 Meanwhile, the organization also published photos of what it says was a suicide attack carried out by one of its terrorists against an Egyptian military post at a cement factory in Sinai – a factory that belongs to the Egyptian army.

IS reported that the attack was part of their attempts to harm the Egyptian army’s finances. The organization claimed that the entire Egyptian force protecting the factory was wounded and most were killed.

According to the terrorist group, the assailant who blew himself up in a vehicle was known as the martyr Abu al-Qaqaa al-Anssari, but it should be noted that the Egyptian army did not report on the attack at all.

IS claimed that this was the second attack against the same cement factory in two weeks. The previous attack was said to have been against cement trucks from the Egyptian army’s factory in Sinai that were destined for the Gaza Strip. The Egyptian army does not report any incident in which its personnel are wounded with the exception of large attacks that kill many soldiers and policemen.