“Thank You President Trump.” That was the message projected onto the ancient walls of Jerusalem, together with the American and Israeli flags, on the eve of the formal transfer of the U.S. embassy to Jerusalem on Sunday evening.

Inside those walls — most recently rebuilt by the Ottoman sultan Suleiman I in the 16th century — tens of thousands of young Israelis danced and sang at the Western Wall plaza in honor of Yom Yerushalayim (“Jerusalem Day”), the 51st anniversary of the reunification of the city during the Six Day War of 1967.

This year, due to the peculiar nature of the Hebrew calendar — which combines both lunar and solar elements — the Hebrew date of Jerusalem Day fell one day before the Roman date of Israel’s 70th anniversary on May 14.

May 14 is also the 70th anniversary of the date that U.S. President Harry S. Truman recognized Israel, which is the reason the embassy transfer was scheduled for that date. (Israel celebrates its Independence Day according to the Hebrew calendar, which fell in April this year.) 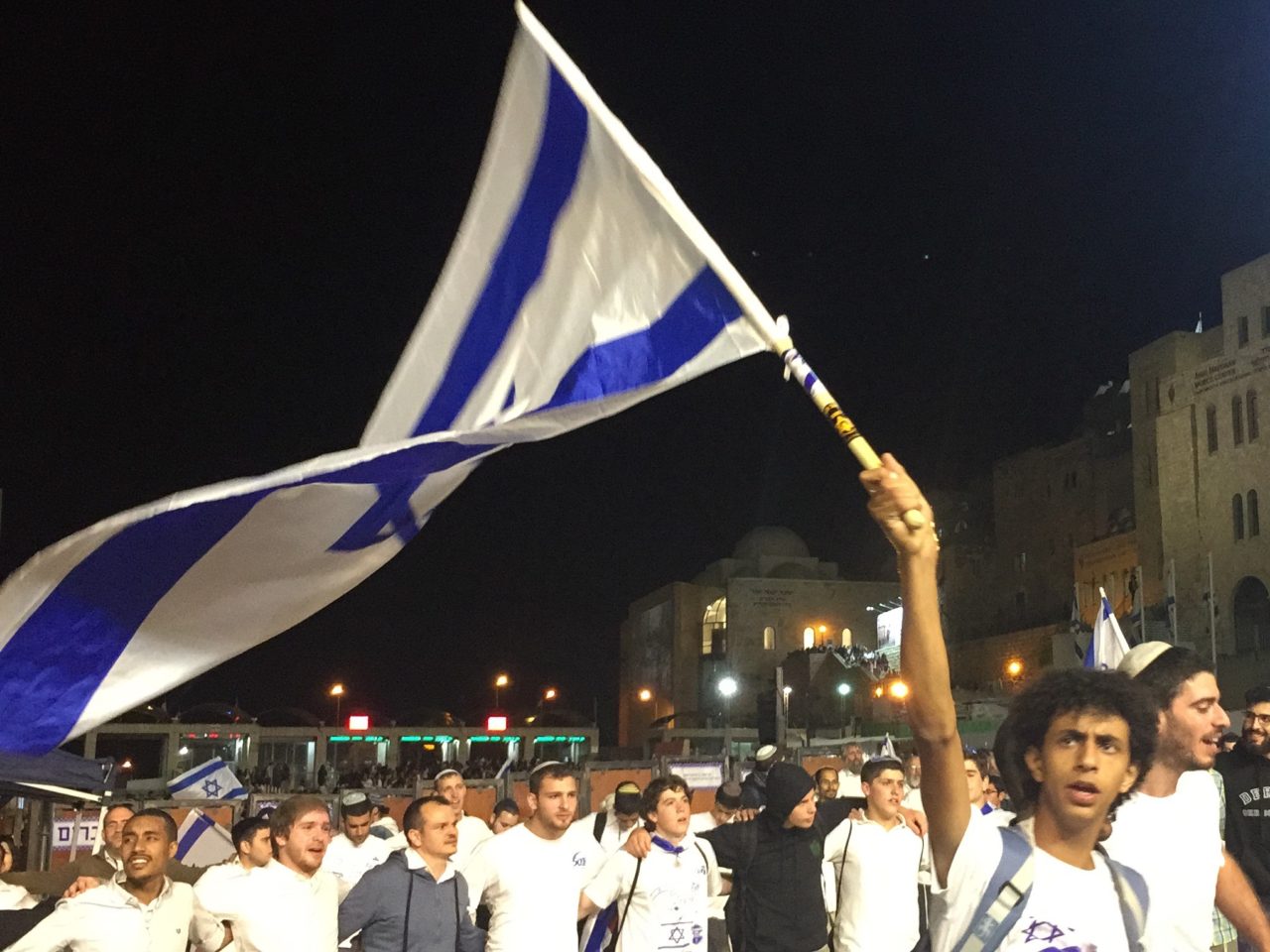 The coincidence of Jerusalem Day and the embassy move — plus Israel’s victory early Sunday morning in the Eurovision Song Contest — meant that the city has been in a state of celebration for several days, culminating in the dedication of the embassy move on Monday afternoon at 4:00 p.m. local time (9:00 a.m. EDT and 6:00 a.m. PDT in the U.S.).

An official in Israel’s Ministry of Foreign Affairs told Breitbart News at a reception Sunday evening that the mood in his department was “somewhere between ecstatic and euphoric.”

In the modern center of the city, American flags and Israeli flags hung side-by-side, along with signs thanking President Trump and declaring him a “Friend of Zion.” 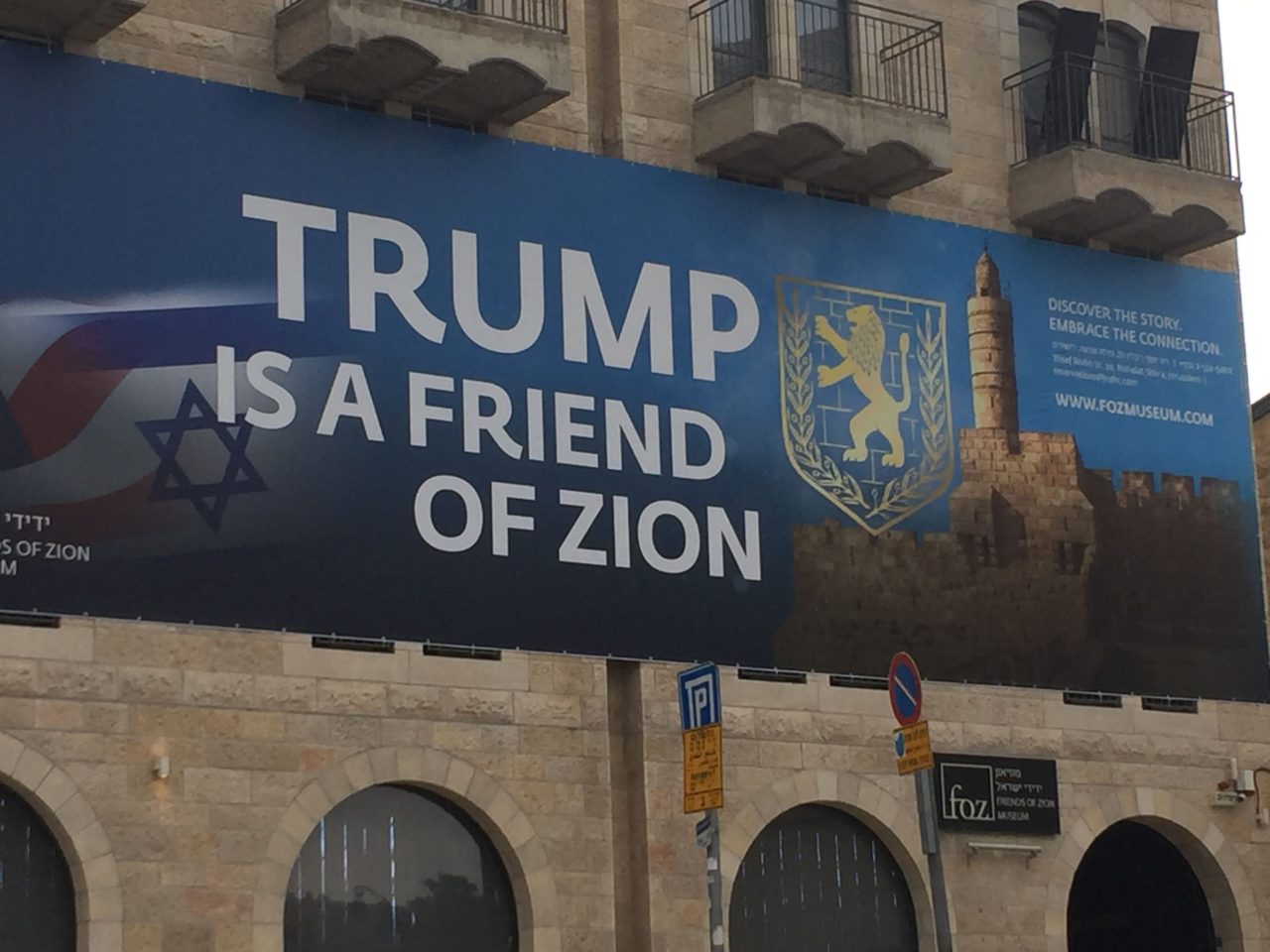 “Trump is Number One!” shouted one Israeli to Breitbart News reporters on the scene. It was a sentiment widely shared in a country that has seen so much hardship and struggle, and which feels that it finally has a friend in the White House — “the best friend Israel ever had,” as one Israeli put it.

The mood was even reflected in Israeli sports. Beitar Jerusalem, the local soccer team, officially renamed itself Beitar “Trump” Jerusalem in honor of the U.S. President.

Trump supporters also took out a massive wrap-around ad in the Jerusalem Post on Monday morning thanking President Trump for delivering on his promises to recognize Jerusalem as Israel’s capital, to move the U.S. embassy to Jerusalem, and to end the Iran nuclear deal.

Across Israel, there was the repeated refrain: “He does what he says.”