TEL AVIV – A delegation of IDF reservists last week visited Brussels to deliver testimonies about the Israeli military — and in particular its humanity on the battlefield — to the European Union parliament in a bid to counter an anti-Israel event taking place the same day with far-left Israeli group Breaking the Silence.

Amit Deri, founder and CEO of Reservists on Duty, told Breitbart that the aim of the delegation was “to show the EU members the truth and a different side to the IDF that they don’t know.”

“The EU is constantly hearing one side of the story — one that undermines the foundations of Israeli democracy and slanders Israel and the IDF,” he said.

The delegation was invited to address the EU by Czech Parliament Member Tomáš Zdechovský with the express purpose of lending balance to the anti-Israel exhibit at the same forum by ex-soldiers associated with Breaking the Silence, an Israeli organization that was found to have published false testimonies regarding alleged human rights abuses against Palestinians.

Deri said that the exhibit at the European Parliament by Breaking the Silence filled him with “great shame and sadness.”

“This is not the IDF that we know — an army that is moral and cares more about the future of Palestinian children than its own leadership,” he said. 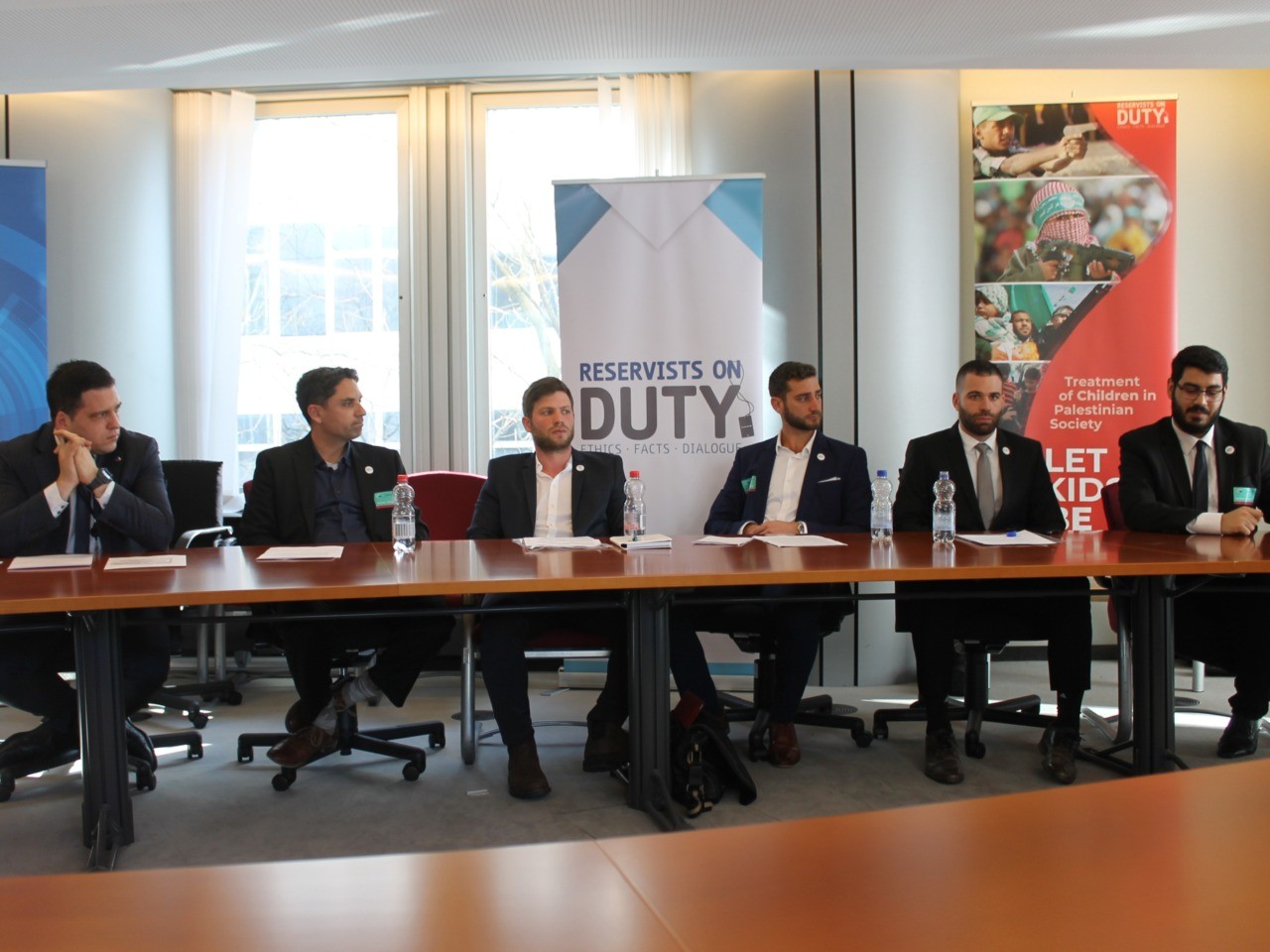 One of the reservists, Staff Sgt Noy Leyb, told the audience of how the IDF soldiers he was with showed far more concern for the lives of Palestinian children than the Gaza-ruling terror group Hamas or even the Palestinian Authority.

“You understand how much distortion there is when you catch a 15-year-old boy sent by Hamas to try to cross the fence in Gaza. A child who could grow up with the dreams of every high school student his age but instead nurtures dreams of murdering Jews,” Leyb said.

Another delegate, Noam Kampler, shared an emotional testimony of how he and his battalion arrested the 15-year-old terrorist responsible for stabbing to death Dafna Meir, an Israeli mother of six, in 2016.

“I looked at him and could not believe that this child could have actually executed this vicious and brutal attack just the day before,” he told the EU representatives, adding that this was “the result of systematic ongoing incitement and indoctrination.”

Kampler told Breitbart, “If I can explain and tell the truth, I think it’s my duty to,” but he admitted that sharing such traumatic events was a challenging task.

“You don’t think you’re going to be sharing what you did in the army, it wasn’t something that was easy for me but it is important,” he said.

Asked about the Breaking the Silence exhibit, Kampler said that was “the hardest part of the whole trip.”

“To see them in the EU parliament with all these ambassadors, a group of ex-Israeli soldiers spreading lies and putting things out of context and making Israel look like monsters, and an evil army that abuses children and women — it was aggravating and painful,” he said.

Deri told Breitbart: “The time has come to say enough to the lies being disseminated against Israel and the IDF.”

He called on the EU to seek out the truth and condemn “the tyranny and exploitation of children by Hamas and the Palestinian Authority.”

According to Deri, the trip was a success and he and his group were surprised to see that the EU representatives were moved by their testimonies.