The massive container ship MV Ever Given which has been blocking the Suez Canal for almost a week was “partially refloated” Monday morning, raising hopes the critical waterway will soon be cleared for a resumption of maritime traffic.

Suez Canal Authority (SCA) chief Osama Rabie said rescue efforts with tugs had succeeded in shifting the bow and stern of the ship to align with the direction of the waterway however it is not yet underway.

“The position of the ship has been reorientated 80 percent in the right direction,” Rabie in a statement. “The stern… moved to 102 metres (335 feet) from the shore,” compared to its position four metres from the shore previously.

Efforts to fully refloat it will resume on the next high tide completing an effort that began when the ship first became stranded last Tuesday, as Breitbart News reported. 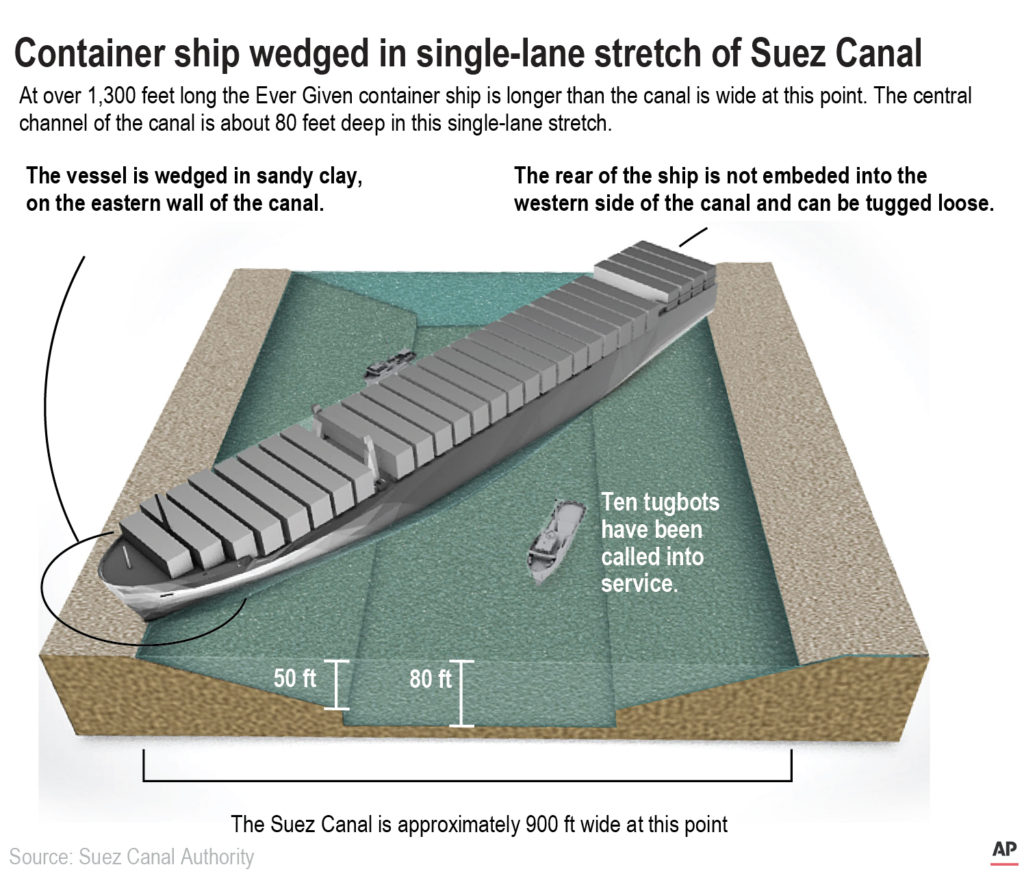 Illustration shows a cross section of the Suez Canal (via AP)

The SCA statement confirmed the refloating process “will resume when water flow increases again from 11:30 local time… in order to completely refloat the vessel, so as to reposition it in the middle of the waterway.”

An official from the 200,000-tonne ship’s owners, Shoei Kisen, said while the Ever Given “has turned”, it “is not afloat.”

The ship had been “stuck at an angle of 30 degrees towards the canal, but that has eased,” said the official.

“A total of 11 tug boats have been pulling Ever Given since this morning,” they added, saying that while there was damage sustained by the ship on its bow when it got stuck, “but no new damage has been reported.”

It is not yet clear when traffic along the canal will resume.

A canal official, who requested anonymity, said shipping officials had started technical checks, and were reassured the ship’s engine was working. 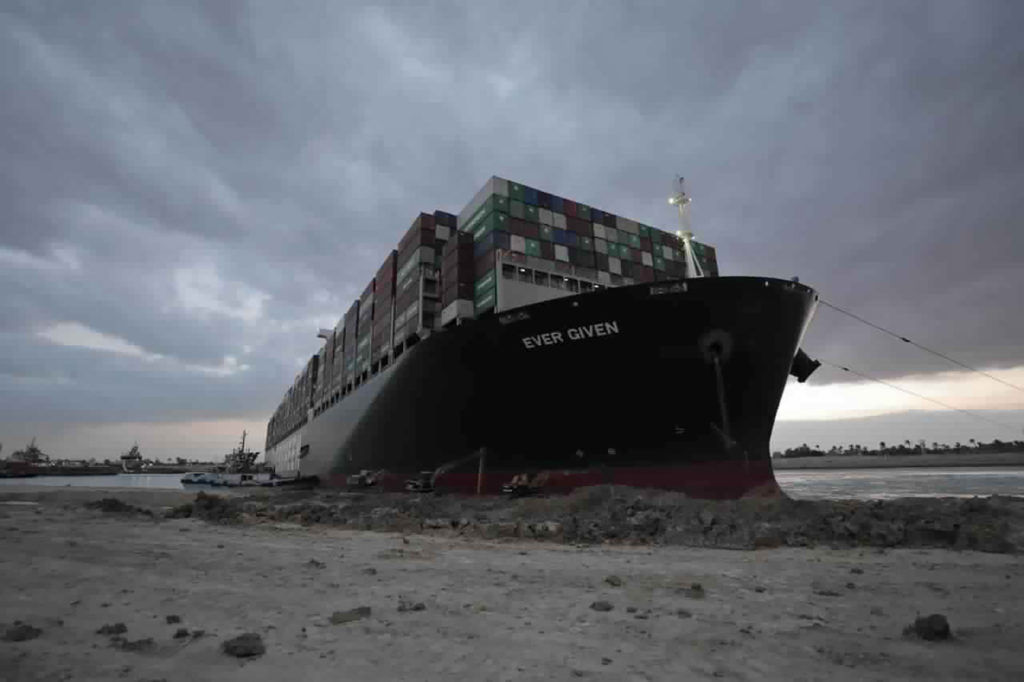 In this photo released by the Suez Canal Authority, tug boats and diggers work to free the Panama-flagged, Japanese-owned Ever Given, which is lodged across the Suez Canal, Sunday, March 28, 2021. Two additional tugboats are speeding to canal to aid efforts to free the skyscraper-sized container ship wedged for days across the crucial waterway. That’s even as major shippers increasingly divert their ships out of fear the vessel may take even longer to free. (Suez Canal Authority via AP)

Each day of the blockade could be costing global trade some $6-10 billion, according to a study published Friday by German insurer Allianz.

That translates to some 0.2 to 0.4 percentage points of annual trade each week.

Authorities said 369 ships are currently stalled as they wait for the canal to reopen.