JERUSALEM (AP) — Christians in the Holy Land are marking Good Friday this year amid signs the coronavirus crisis is winding down, with religious sites open to limited numbers of faithful but none of the mass pilgrimages usually seen in the Holy Week leading up to Easter.

The virus is still raging in the Philippines, France, Brazil and other predominantly Christian countries, where worshippers are marking a second annual Holy Week under various movement restrictions amid outbreaks fanned by more contagious strains.

Last year, Jerusalem was under a strict lockdown, with sacred rites observed by small groups of priests, often behind closed doors. It was a stark departure from past years, when tens of thousands of pilgrims would descend on the city’s holy sites.

This year, the Church of the Holy Sepulchre, built on the site where Christians believe Jesus was crucified, died and rose from the dead, is open to visitors and expecting a few dozen. After the morning prayer service they will retrace Jesus’ final steps along the Via Dolorosa. 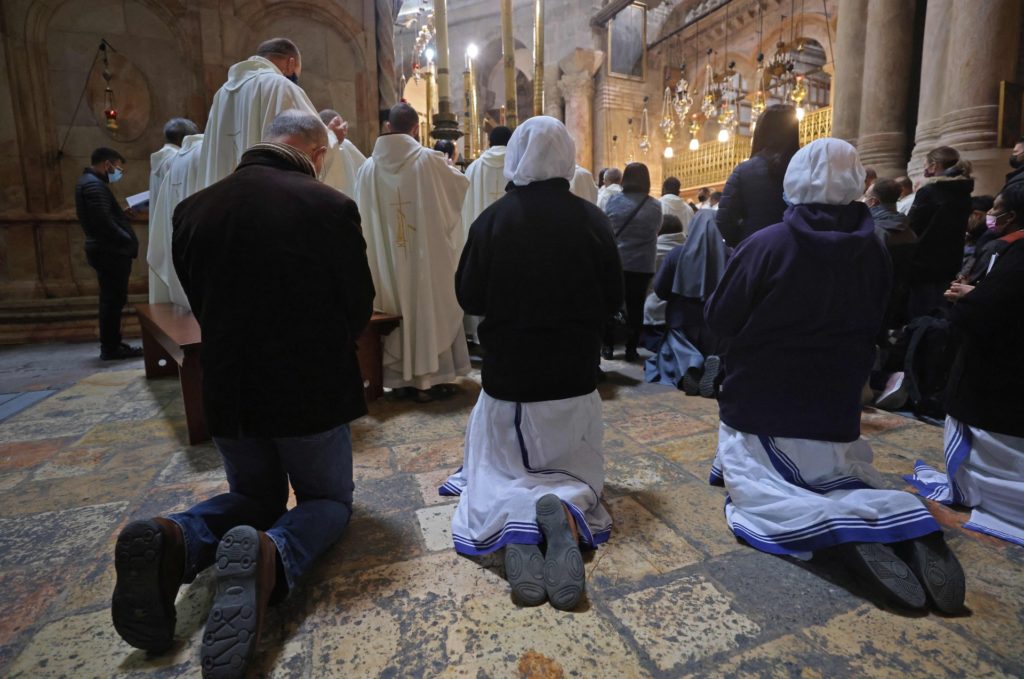 Christian worshippers pray during a mass to commemorate the Washing of the Feet around the Edicule, traditionally believed to be the burial site of Jesus Christ, on Holy Thursday at the Church of the Holy Sepulchre in Jerusalem, on April 1, 2021. (EMMANUEL DUNAND/AFP via Getty Images)

“Things are open, but cautiously and gradually,” said Wadie Abunassar, an adviser to church leaders in the Holy Land. “In regular years we urge people to come out. Last year we told people to stay at home… This year we are somehow silent.”

Israel has launched one of the world’s most successful vaccination campaigns, allowing it to reopen restaurants, hotels and religious sites. But air travel is still limited by quarantine and other restrictions, keeping away the foreign pilgrims who usually throng Jerusalem during Holy Week.

Israeli authorities said up to 5,000 Christian Palestinians from the West Bank would be permitted to enter for Easter celebrations. Abunassar said he was not aware of any large tour groups from the West Bank planning to enter, as in years past, likely reflecting concerns about the virus.

Abunassar said most Christians in the region celebrate Holy Week in their local parishes. The Good Friday services in the Old City are only expected to draw a small number of people, mainly priests and foreigners who reside in the Holy Land.

At the Vatican, Holy Week events are being celebrated before limited numbers of masked faithful to respect COVID-19 health and social distancing norms.

In France, a nationwide 7 p.m. curfew is forcing parishes to move Good Friday ceremonies forward in the day, as the traditional Catholic night processions are being drastically scaled back or cancelled. Nineteen departments in France are on localized lockdowns, where parishioners can attend daytime Mass if they sign the government’s “travel certificate.”

Although a third lockdown “light” is being imposed Saturday, French President Emmanuel Macron has wavered on a travel ban for Easter weekend, allowing the French to drive between regions to meet up with family on Friday.

Fire-ravaged Notre Dame will not hold a Good Friday mass this year, but the cathedral’s “Crown of Thorns” will be venerated by the cathedral’s clergy at its new temporary liturgical hub in the nearby church of Saint-Germain-l’Auxerrois. 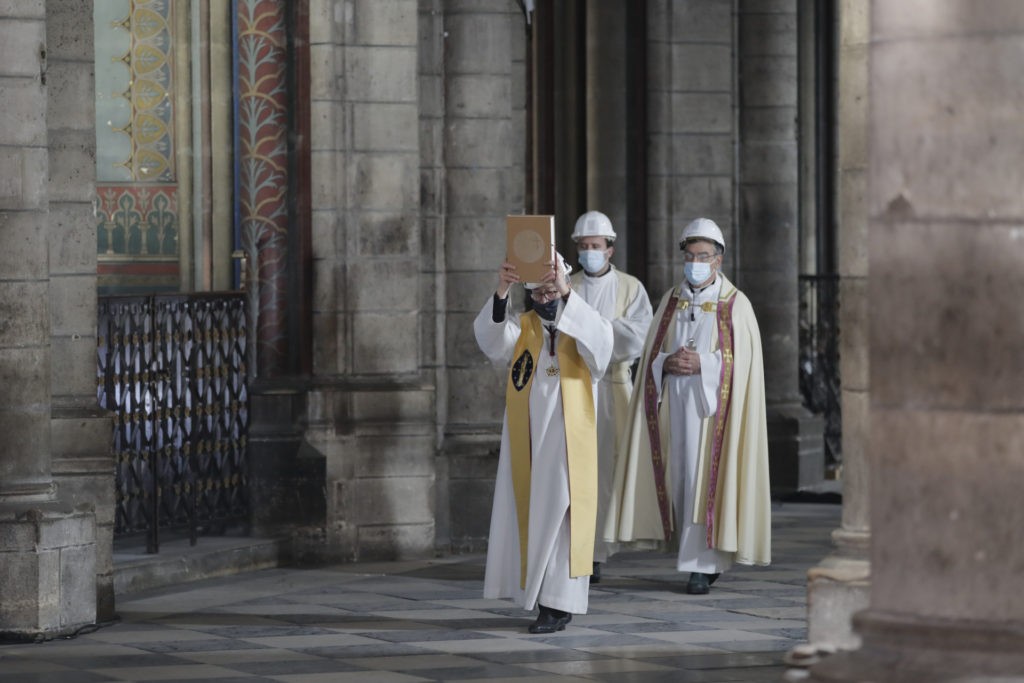 In the Philippines, streets were eerily quiet and religious gatherings were prohibited in the capital, Manila, and four outlying provinces. The government placed the bustling region of more than 25 million people back under lockdown this week as it scrambled to contain an alarming surge in COVID-19 cases.

The Philippines had started to reopen in hopes of stemming a severe economic crisis, but infections surged last month, apparently because of more contagious strains, increased public mobility and complacency.

In Australia, masked churchgoers sat in rows of socially distanced chairs at a street in Sydney as actor Timothy Watkins carried a cross in his portrayal of the crucifixion of Jesus Christ during a Good Friday observance.