Fifteen Republicans have quickly signed a “discharge petition” that would allow Democrats to push a no-strings amnesty for roughly 3 million ‘DACA’ illegals through the House this month.

The amnesty vote will be forced if the discharge petition is signed by 25 GOP legislators plus all Democratic legislators — providing the GOP legislators do not reverse their votes when they face pressure from the GOP’s leadership, led by outgoing House Speaker Paul Ryan.

The amnesty push is a political challenge for Rep. Kevin McCarthy, the likely replacement for Ryan.

“The goal is to empower each member of the House, including the speaker, to advance the solution that each member believes is the best one for this challenge and to try to gain supporters for that solution,” said Florida Rep. Carlos Curbelo, who faces a tough election this November. “This institution should be driven by courage, not by cowardice,” Curbelo told CNN. 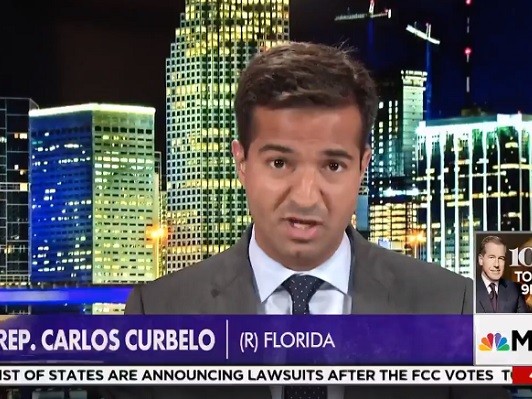 The House clerk posts the growing list of legislators who have signed the petition.

The discharge petition process is rarely used. It allows a majority of House members to force a floor vote despite opposition from the House leadership.

This pending petition would schedule a rare “Queen of the Hill” debate where House legislators could vote on four rival immigration and amnesty legislative packages.

But the Democrats will likely vote as a bloc for a no-strings amnesty bill. In turn, that amnesty bill likely would be pushed by business lobbyists who can deliver votes from a bloc of business-first GOP legislators, including several legislators who have already announced their retirement. That combination of Democrats and business-first GOPers would provide a House majority for the amnesty.

Business groups are pushing for a DACA amnesty to prevent wage increases in a tight labor market, and also to block the pro-American immigration reforms pushed by President Donald Trump. One of the business groups pushing the amnesty is FWD.us, which was formed by Mark Zuckerberg and other Silicon Valley investors to limit salaries for U.S. college-graduates:

NEW – @FWD_us statement on the new discharge petition from @RepJeffDenham and others.

Here’s the deal: this is how to actually make votes on Dreamers happen. Members should sign. pic.twitter.com/gXalqiwgtg

If the discharge petition ensures a House vote for an amnesty bill, the amnesty could still be blocked by the Senate or by Trump’s veto.

To prevent a veto, Democrats would likely offer Trump some combination of promised funds and token reforms.

If Republicans are serious about helping Dreamers, this is their chance to put some real political skin in the game and put Dreamers’ well-being ahead of loyalty to their party’s leadership. Until Republicans help deliver the 218 signatures needed to force House GOP leadership to allow a vote on legislation to protect young Americans, who will face deportation unless Congress passes a bill, this is nothing but another political trick.