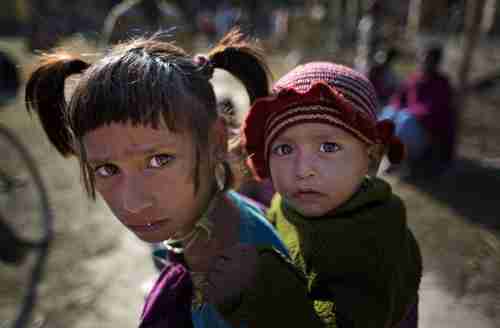 Indians have expressed shock over the brutality of the barbaric massacre that took place on Tuesday in Assam province, in India’s far northeast. A group of 80 members of the ethnic Bodo tribe massacred 76 men, women and children and caused hundreds in Adivasis villages to flee as their homes were being burned and destroyed. Both groups are a mix of Hindus and Christians, with some Muslims.

India’s Assam province has over 20 ethnic groups, many minorities, few majorities and over 50 languages

The attackers were from a separatist group, the National Democratic Front of Boroland (NDFB), formed in 1994 to demand their own autonomous homeland, Boroland. In particular, the attackers were from a branch of the NDFB known as NDFB-S, after its leader I K Sonbijit. (Note: Boroland is sometimes called Bodoland, apparently because the actual consonant in the original language is somewhere between an ‘r’ and a ‘d’.) The Sonbijit faction was formed in 2012 to fight Bangladeshi Muslims. Hundreds were killed, and thousands are still living in relief camps.

There have already been a few revenge attacks by Adivasis on Bodos, and the fear is that the situation may spiral into a full-scale ethnic war. The Bodo terrorists have apparently fled to Bhutan and Burma (Myanmar), and India is requesting cooperation from those governments to arrest the perpetrators.

Times of India and AP and DNA India

Jordan may exchange prisoners with ISIS

American military officials are saying that the Jordanian F-16 warplane that crashed over territory in Syria held by the Islamic State of Iraq and Syria (IS or ISIS or ISIL) was not shot down. However, the actual cause of the crash, if known, has not been announced. ISIS is known to possess shoulder-launched land to air missiles, and they have had some success shooting down Iraqi helicopters with them. But an F-16 flies too high for these shoulder-launched missiles. It’s not known whether ISIS has captured some advanced missiles that Russia supplied to the regime of Syria’s president Bashar al-Assad, or whether the F-16 crash was caused by mechanical failure. At any rate, this was the first capture of a pilot participating in the air strikes against ISIS by the American-led coalition.

There are some unconfirmed reports that Jordan is negotiating for a prisoner swap to get the Jordanian pilot returned. The old al-Qaeda in Iraq, which was the predecessor to ISIS, was founded in 2004 by Abu Musab al-Zarqawi, a Jordanian terrorist. Al-Zarqawi was killed in 2006 by an American drone strike, but some of his terrorist underlings were captured and put into Jordanian jails. Several of these underlings may be exchanged for the captured Jordanian pilot. CNN and Jerusalem Post