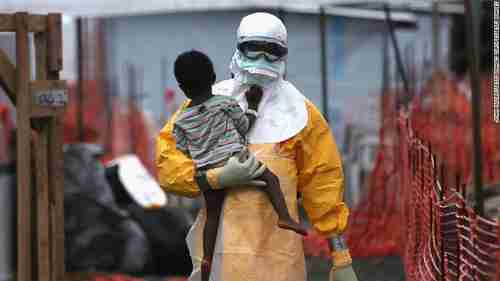 American Ebola experts from the Centers for Disease Control (CDC) have been withdrawn from the outbreak zone in North Kivu province in the Democratic Republic of Congo (DRC). This will make the new outbreak more difficult to contain.

There are experts on the ground from other organizations, including the World Health Organization (WHO), Doctors Without Borders (Médecins Sans Frontières, MSF), and The Alliance for International Medical Action (Alima).

The CDC experts are among the most experienced Ebola experts on the planet. According to Tom Inglesby, director of the Center for Health Security at the Johns Hopkins Bloomberg School of Public Health:

CDC has responded to nearly two dozen filovirus outbreaks in its history and has people who’ve been working on these issues for 30 years. It doesn’t make sense to have those people hundreds or thousands of miles away from where the disease is actually spreading.

It would provide a lot of value to have experienced leaders at CDC who’ve been in the situation before contributing what they can to the larger effort. I think it’s an important moment to think about that.

Instead of being on the ground in the outbreak zone, CDC experts are being given other assignments thousands of miles away, such as advising DRC’s ministry of health in the capital city Kinshasa.

News stories are providing few details about why they are blocked from the outbreak zone, except that it is related to the attack in 2010 in Benghazi, Libya, that killed U.S. ambassador J. Christopher Stevens and three other Americans. The inference that we are to draw, apparently, is that Americans in the North Kivu war zone would be targets of attacks similar to those against ambassador Stevens. Stat News and CNN

WHO considers declaring Ebola outbreak as an international emergency

The World Health Organization (WHO) announced on Monday that it will hold an emergency committee meeting on Wednesday in Geneva. According to a statement: “The committee will meet on October 17 in Geneva to ascertain whether the outbreak constitutes a public health emergency of international concern.”

The designation “public health emergency of international concern” refers to a pandemic that is so serious that it might spread to other countries. There are now concerns that it could soon spread to Uganda and Rwanda.

WHO has resisted that designation so far in eastern DRC, but over the weekend a “second wave” of the Ebola virus was confirmed. There are now 211 registered cases of Ebola, 176 confirmed and 35 probable, with 135 deaths. The number of cases has been expanding rapidly, more than twice as fast as in September. There were six new cases over the weekend.

Many new cases come out of funerals for previous victims. Even if a funeral is conducted in a secure manner, the risk of Ebola transmission is high because viral loads are at their highest level at the time of death.

The situation in North Kivu province is the worst possible scenario. There is a major ethnic war in progress, and Ebola is now spreading in the densely populated city of Beni, which has become the epicenter of the pandemic.

The entire region is a war zone and over one million people have been driven from their homes by armed rebel groups, the Allied Democratic Forces (ADF), fighting government troops. The fighting is preventing doctors and experts from reaching infected people, in order to educate the population and do contact tracing. Without contact tracing, there is no way to stop or slow the spread of the disease. AFP and Reuters and Center for Infectious Disease Research (CIDRAP)