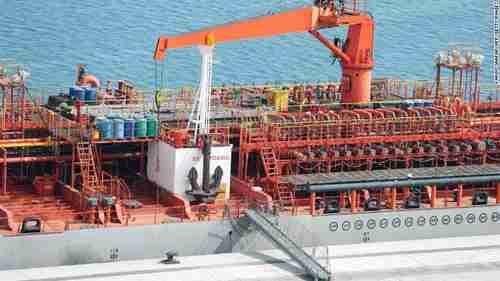 Qatar announced that on January 1 it would withdraw from the Organization of Petroleum Exporting Countries (OPEC).

OPEC was founded in September 1960 with five founding members: Iran, Iraq, Kuwait, Saudi Arabia, and Venezuela. Qatar joined in 1961. It consisted of the countries of the world that produced most of the oil and so it was a cartel that, to some extent, was able to control total global oil supplies and thereby control prices. As of 2016, the additional members are: Indonesia, Libya, the United Arab Emirates, Algeria, Nigeria, Ecuador, Gabon, and Angola.

Most Americans had never heard of OPEC and were not aware of its existence until October 1973, when they were shocked by OPEC’s announcement of an international oil embargo triggered by U.S. support for Israel in the Yom Kippur war against Egypt. This caused gasoline shortages in the United States, resulting in long lines at gas stations and a surge in gas prices from about 30 cents per gallon to (horrors!) a dollar a gallon or more.

Qatar is the first Gulf country to withdraw from OPEC. It will not have much effect on the cartel since Qatar provides only 2 percent of the cartel’s oil. This meant that Qatar really had little influence on OPEC, anyway. In fact, the cartel has evolved over the years, to the point where the decision makers are Saudi Arabia and Russia, the latter not even being a member of OPEC. Furthermore, it retains just a fraction of its previous ability to set oil prices, since the United States has for years been flooding the market with oil obtained from fracking.

So the withdrawal of Qatar from OPEC has little more than symbolic value. However, it is an embarrassment, since a major OPEC meeting is scheduled to be held next week.

The reason that Qatar gave for its withdrawal from OPEC is that it wants to concentrate more on liquefied natural gas (LNG). Although Qatar is a relatively small supplier of oil, it is the world’s biggest LNG supplier, producing almost 30 percent of the world’s total.

The withdrawal decision reflects Qatar’s desire to focus its efforts on plans to develop and increase its natural gas production from 77 million tonnes per year to 110 million tonnes in the coming years.

We are a small player in OPEC, and I’m a businessman, it doesn’t make sense for me to focus on things that are not our strength, and gas is our strength so that is why we’ve made this decision.

However, many observers believe that the reasons are deeper than just pure business. Reuters and Investopedia and History.com and Gulf Times (Qatar) and The National (UAE)

The split deepens between Saudi Arabia and Qatar

Although Qatar’s al-Kaabi says that the withdrawal is purely a business decision, it is certainly tied into the increasingly toxic geopolitical situation in the Gulf.

Recall that in June of last year, several Arab states – including Saudi Arabia, Bahrain, Egypt, and United Arab Emirates (UAE) – broke relations with Qatar and imposed an air, sea and land blockade on Qatar. Amazingly enough, that blockade is still in place. The core of the disagreement is apparently related to Arab tribal differences that go back to World War I and the collapse of the Ottoman Empire.

Shortly after imposing the blockade, Saudi Arabia produced a list of 13 demands that would have to be met to end the blockade. Included were demands to stop supporting terrorism; to sever ties with Iran, Turkey, and the Muslim Brotherhood; and to shut down Al-Jazeera.

Today it seems that all the Saudi demands have backfired, especially after the October 2 gruesome murder of Jamal Khashoggi in the Saudi embassy in Istanbul, Turkey. Turkey’s president Recep Tayyip Erdogan sees the Khashoggi murder as an opportunity to turn the screws on Saudi Crown Prince Mohammed bin Salman (MBS) by gradually leaking out pieces of evidence about the murder a bit at a time. MBS was probably responsible for ordering the murder but wants to claim that he knew nothing. Erdogan keeps pulling MBS in by releasing evidence that points to him.

Qatar-based al-Jazeera is also playing a major part in this. While other international news organizations have reduced their coverage of the Khashoggi murder as time has passed, al-Jazeera continues to devote a significant portion of each newscast to the latest on the murder, inviting one expert after another to opine on MBS’s relationship to the crime.

Iran is our neighbor. And by the way, us as a country, we have lots of differences and foreign policies with Iran, more than them. But let me tell you one thing Charlie; When those countries, our brothers, blocked everything. Blocked medicine, blocked food, the only way for us to provide food and medicine for our people was through Iran. And when they talk about terrorism, absolutely not. We do not support terrorism.

Turkey also helped Qatar get through the blockade. So if MBS’s intention with the blockade was to force Qatar to sever relations with Iran and Turkey, it seems to have accomplished the opposite.

Qatar, Iran, and Turkey have been forced into a fellowship by the Saudi blockade. However, those three countries are strange bedfellows with not a lot in common and significant historical differences, so the fellowship may not survive once the blockade ends. Washington Post and Al-Jazeera (Qatar) and CBS News