Chinese state media claimed in several effusive pieces on Thursday that residents of Wuhan, the origin city of a deadly new coronavirus, remain full of “caution and optimism” that local health authorities will successfully prevent it from spreading.

At press time on Thursday, there are 571 confirmed cases of the virus across China, although that number is said to be constantly rising as new cases are confirmed. At least 17 people have died and the virus has spread to neighboring countries including Taiwan, Thailand, Macau, Japan, and South Korea.

On Thursday, health authorities in Wuhan allegedly stepped up efforts to contain the virus by suspending all public transportation, including trains and flights, until further notice. They have also asked residents not to leave the city without good reason and expect them to wear surgical masks when going out in public.

State propaganda outlet Global Times noted that there is a “palpable sense of unease across the city, especially in major public places,” but added that residents remained on “high alert in the fight against the pneumonia with caution and optimism.” 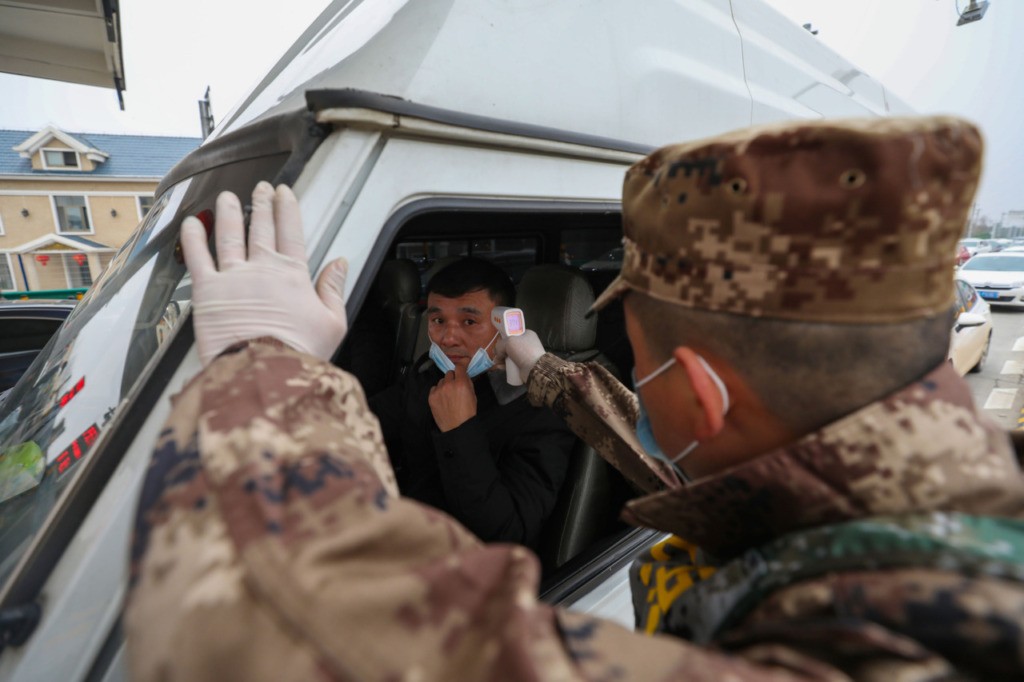 A police officer checks the temperature of a driver at a highway in Wuhan, in China’s central Hubei province, on January 24, 2020. – Chinese authorities rapidly expanded a mammoth quarantine effort aimed at containing a deadly contagion on Janaury 24 to 13 cities and a staggering 41 million people, as nervous residents were checked for fevers and the death toll climbed to 26. (STR/AFP via Getty Images)

An editorial in the state People’s Daily newspaper admitted that the spread is a “test for China’s governance system and capability,” and warned that the special measures to contain the situation “cannot be taken without faith that the government will serve the people wholeheartedly.”

“Wuhan, hang in there! You have the support of all people across the country,” the outlet declared. “The more difficult the situation is, the more united the Chinese people are. This has been constantly proven by both history and reality.”

World Health Organization officials have so far declined to label the epidemic a Public Health Emergency of International Concern (PHEIC) in response to the outbreak, despite the rising number of cases around the world.

“Do not take this decision today as a sign that WHO doesn’t take this outbreak seriously,” said Tedros Adhanom, the WHO’s Director-General on Thursday. “Nothing could be further from the truth … We are committed to ending the outbreak as soon as possible.”

On Thursday, U.S. health officials revealed that a passenger who landed at Los Angeles International Airport (LAX) from Mexico City was immediately quarantined after showing possible symptoms of the disease following his arrival on Thursday evening. Doctors in Brazos County, Texas, have also announced that they are investigating the possibility that a man who recently returned from Wuhan may be infected.