“We are introducing martial law across the country. No panic. We are ready for anything. We are going to win because we are Ukrainians,” Zelensky said, apparently speaking into a tablet, phone, or laptop computer.

President Zelensky says Russia is attacking military installations across the country. Ukraine is launching its own defensive measures. He urges Ukrainians to stay calm and stay home. He says he spoke to President Biden. pic.twitter.com/jt4cLOBHyJ

“Dear Ukrainian citizens, this morning President Putin announced a special military operation in Donbas. Russia conducted strikes on our military infrastructure and our border guards. There were blasts heard in many cities of Ukraine,” he said. 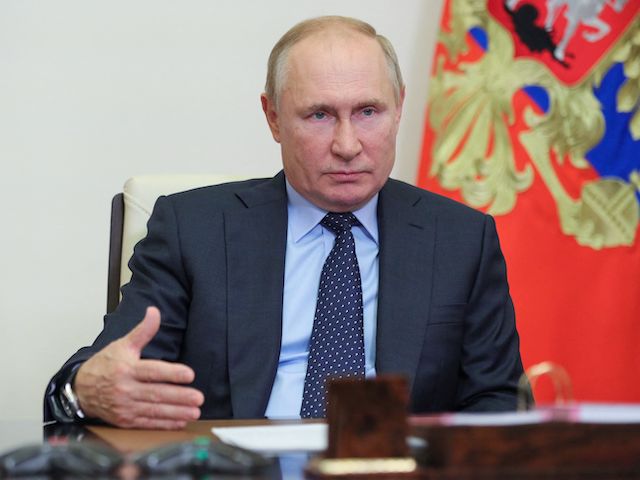 Russian President Vladimir Putin speaks with Russia’s local authorities during a video link meeting at the Novo-Ogaryovo state residence outside Moscow on October 4, 2021. (Photo by EVGENY PAULIN/SPUTNIK/AFP via Getty Images)

Zelensky said he had just spoken by telephone with U.S. President Joe Biden, and the United States has “already started uniting international support” for Ukraine.