With the dust largely settled from the November 2010 elections, it is resoundingly clear that the majority of Americans are fed up with a government that has grown drunk on its own power and fat on their tax dollars. Tired of waiting for those in office to do the right thing, they took action and chose a different kind of leader to represent them. 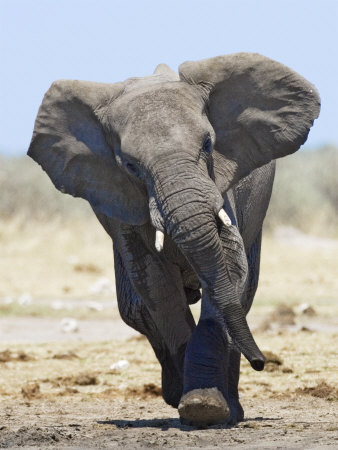 The sentiment that drove voters is the heartbeat of my book, Fed Up! Our Fight to Save America from Washington. In addition to pointing out where and how government has overflowed its boundaries, it explains how liberty is maximized by a limited government set closest to the people.

As a life-long conservative, I was more than pleased at the outcome of the 2010 elections, because I sense people reconnecting with the fundamental precepts of our republic, enunciated so clearly in the U.S. Constitution. As a governor, I’m particularly fond of the Tenth Amendment, and the narrow role it casts for the federal government.

Its key phrase reads…”powers not delegated to the United States by the Constitution…nor prohibited by it to the States, are reserved to the States respectively, or to the people.”

The Bill of Rights’ authors had seen the oppressive effect of a distant, centralized government, while the rugged vitality of the American colonies showed that government closest to the people truly governs best. In short, free people work harder, live better and take better care of one another.

With this embrace of liberty as its starting point, America grew into the greatest nation the world has ever known. Unfortunately, that greatness is threatened because Americans have carelessly allowed Washington to expand at the expense of liberty.

In my view, the decline really began during the Progressive Era, when the 16th Amendment’s taxation powers gave the federal government access to our wallets. It continued with Roosevelt’s New Deal, which left us with a glut of bloated federal programs, including a bankrupt social security system. President Johnson’s Great Society further eroded the founders’ boundaries for government and left Americans holding the bag for Medicare and Medicaid. With more than $106 trillion in unfunded liabilities and zero dollars set aside to pay for them, something has to change.

Having elected leaders willing to fight for their beliefs, Americans must now hold them to their promises to reduce the role of the federal government in our lives. For example, we must repeal or de-fund ALL of the federal healthcare law and involve the states in solving our healthcare challenges. We also need to de-fang agencies like the EPA and its ill-considered mandates that will cripple our energy industry.

At the same time, conservative leaders in Washington, both newcomers and holdovers, should handcuff their free-spending peers by simplifying our tax system once and for all, and restricting federal spending with a balanced budget amendment.

Driving the federal government back into the box described by the Constitution will allow for the states to compete for the best solutions and be the laboratories of innovation they were intended to be. As they prepare for that competition, more than a few states will be studying how we do things in Texas.

The Lone Star State welcomed half of all jobs created in the US between 2009 and 2010 and continues to lead the nation in exports and Fortune 1000 companies, due in large part to the favorable economic climate we’ve created with simple fiscal guidelines.

First, we don’t spend all the money, so we have resources set aside for a rainy day. Second, our predictable regulatory climate enables employers take the risks necessary to grow. Third, our tort reforms have reduced the junk lawsuits that were tying up our employers and doctors in the courtroom. Fourth, a strong dose of accountability for our school system has is producing graduates better prepared to compete in the workplace.

These guidelines won’t solve every problem a state faces, but they restore freedom as an economic force and provide a strong foundation from which the other issues can be addressed.

Restoring a constitutional, limited government will take a massive effort, but our people are more than equal to the task. With bold leadership from elected officials at every level and the vocal participation of citizens everywhere we can surely recapture what is great about America. Together, we can restore this nation to pre-eminence in the world, as a beacon of individual liberty and economic prosperity.