Something fishy is going on over at the Obama Department of Justice (DOJ). And it very well could threaten the integrity of the 2012 elections.

As you may recall, Judicial Watch investigated a partnership between the DOJ and ACORN-connected Project Vote to use the National Voting Rights Act (NVRA) to register more individuals on public assistance, widely considered a key voting demographic for the Obama 2012 campaign. (Remember, President Obama previously worked for Project Vote.) 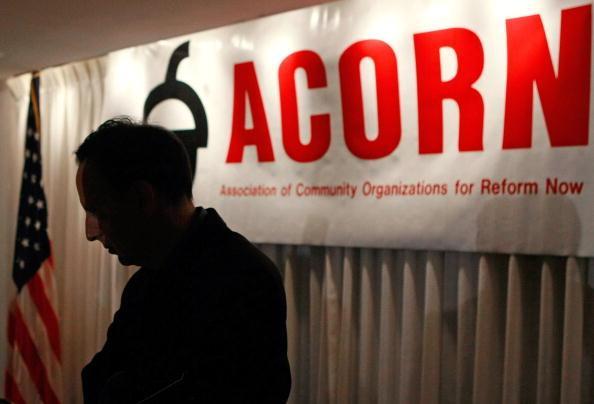 Well, this week we obtained some new records courtesy of a Freedom of Information Act (FOIA) lawsuit filed on August 19, 2011. The records detail communications between the DOJ and Estelle Rogers, a former ACORN attorney currently serving as Director of Advocacy for Project Vote. These documents leave no doubt that a suspiciously close relationship between Project Vote and the DOJ is developing behind closed doors. Our friend J. Christian Adams summed up the records in a recent column:

Judicial Watch has done it again. It has produced-following a Freedom of Information Act request filed with the United States Department of Justice​ (DOJ)-documents that suggest extensive coordination and communications between the DOJ Voting Section and former ACORN affiliate Project Vote.

Project Vote appears to be directing DOJ resources toward particular states; is having meetings with DOJ staff; and is even recommending lawyers to work in the Justice Department Voting Section that will oversee the 2012 presidential election.

Now, let’s review what we know about the activist Estelle Rogers before we get into the meat of these records.

As Director of Advocacy for Project Vote, Rogers – a former attorney for ACORN, which was besieged with charges of corruption and fraud before declaring bankruptcy in November 2010 – is a primary contact person on policy matters at Project Vote on both state and federal levels and has been actively involved in voter registration issues. By threatening lawsuits under Section 7 of the NVRA, Project Vote has aggressively sought to force election officials in various states to increase the registration of people receiving public assistance.

The question we’ve been asking is, “To what extent is the Obama DOJ a participant in this scheme?” That question appears to have been answered.

On March 29, 2011, Rogers and the “undersigned voting rights groups” that met with Perrelli sent detailed recommendations to the associate attorney general for strengthening “compliance with the NVRA.” Forwarded to Perrelli by Rogers, the recommendations stated “we are grateful that you have invited us to continue this dialogue on the Department’s [DOJ’s] role in providing guidance to states, and we would be happy to supply any additional information you need.”

So, in short, the DOJ invited Project Vote (and other leftist groups) to help provide guidance to states regarding the enforcement of the NVRA.

The records also detail an effort by Rogers to secure jobs for three individual applicants for positions with the Civil Rights Division’s Voting Section, the department within the DOJ responsible for enforcing the National Voting Rights Act:

(As I’ve said before, personnel is policy. To install ACORN/Project Vote ideological clones in the DOJ’a voting section is to invite chaos and corruption.)

Regarding Project Vote’s legal strategy, in a July 13, 2010, email to Herren and DOJ political appointee Julie Fernandes, Rogers references NVRA litigation and she informs Herren that she will be bringing Niyati Shah to a meeting at the DOJ.

Shah “will be working on a lot of the litigation we’ll be telling you about,” Rogers writes. Rogers also indicated Nicole Kovite Zeitler, director of Project Vote’s public agency registration project, would also attend the meeting. As reported by The American Spectator’s Matthew Vadum, Zeitler “manages Project Vote’s efforts to advocate for enforcement of Section 7 of the National Voter Registration Act of 1993 through technical assistance and litigation across the country,” according to her bio on Project Vote’s website.

(By the way, do yourself a favor and check out this excellent reporting by Vadum, who has been all over the scandals inside ACORN and Project Vote.)

On June 20, 2011, Rogers and the ACLU co-wrote a letter to the DOJ, asking the department to block Florida’s new election integrity law (H.B. 1355). Florida has since withdrawn its application to the DOJ for “preclearance” of the law, and has taken its case to court instead.

If you take a look at the timeline of some of the NVRA lawsuits that have already been filed, I think you’ll see that Project Vote and the DOJ seem to have implemented a joint litigation strategy in the run-up to the 2012 elections.

On August 4, 2011, Judicial Watch released documents obtained from the Colorado Department of State showing that ACORN and Project Vote successfully pressured Colorado officials into implementing new policies for increasing the registration of public assistance recipients during the 2008 and 2010 election seasons. Following the policy changes, the percentage of invalid voter registration forms from Colorado public assistance agencies was four times the national average. Project Vote also sought a “legislative fix” to allow people without a driver’s license or state identification to register to vote online.

In addition to pursuing public agency registration cases in Missouri, Ohio, Indiana, Georgia and New Mexico, Project Vote and the NAACP filed a lawsuit on April 19, 2011, against the State of Louisiana alleging violations of the NVRA. Less than three months later, on July 12, the DOJ’s Civil Rights Division/Voting Section sued Louisiana on the same grounds, claiming that “Louisiana officials have not routinely offered voter registration forms, assistance and services to the state’s eligible citizens who apply, recertify or provide a change address for public assistance or disability services.”

The DOJ also sued the State of Rhode Island on March 11, 2011, alleging violations of the NVRA. The lawsuit led to policy changes intended to increase the number of voter registration applications processed by “public assistance and disability service officers.” These two lawsuits, filed within five months of each other, are the first such lawsuits filed by the DOJ since 2007.

Now, as we detailed in our report, The Rebranding of ACORN, Project Vote and ACORN have both been linked to massive voter registration fraud. A total of 70 ACORN employees in 12 states have been convicted of voter registration fraud. And as documented in a July 2009 report by the House Committee on Oversight and Government Reform, of the 1.3 million registrations Project Vote/ACORN submitted in the 2008 election cycle, more than one-third were invalid.

Moreover, Project Vote’s “Field Director,” Amy Busefink, who handled the online registration campaign for Colorado, entered an Alford plea to two gross misdemeanor counts of conspiracy to commit the crime of compensation for registration of voters in Nevada while working for ACORN. (An Alford plea is a guilty plea, where the defendant does not admit the act or assert innocence, but admits that sufficient evidence exists with which the prosecution could likely convince a judge or jury to find the defendant guilty beyond a reasonable doubt.)

It is an affront to the rule of law and a threat to the integrity of our elections that the ACORN-front Project Vote is coordinating with Attorney General Eric Holder’s DOJ on voting law. At least now we know why the Holder DOJ never bothered to fully investigate voter registration fraud by Project Vote/ACORN. They are in cahoots.

Holder must go. Pick your reason – Black Panthers​, race-based decision making, abandoning the defense of marriage law, Fast and Furious killings and lies, or turning the DOJ into an arm of the radicalized left – but Holder must go.