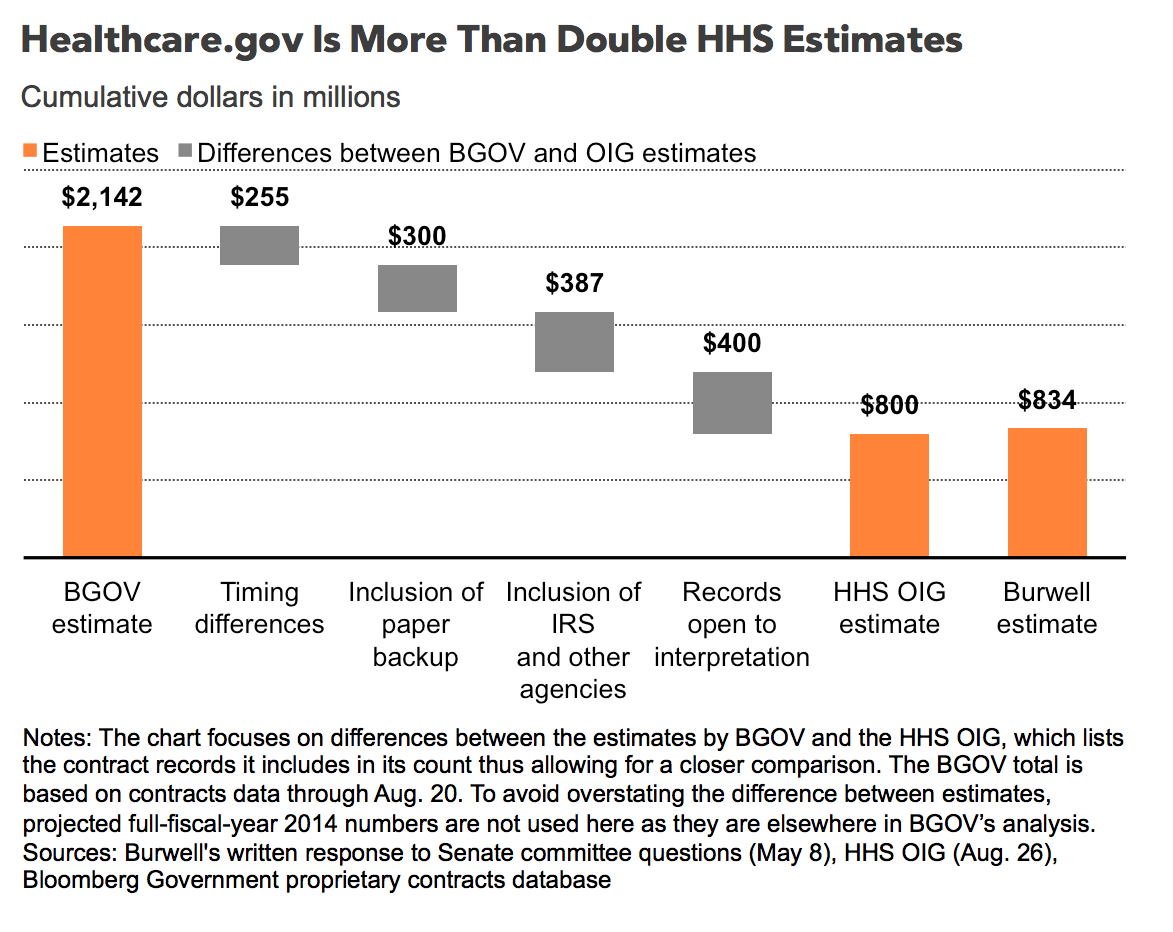 As Bloomberg notes, its “analysis shows that costs for both healthcare.gov and the broader reform effort are far greater than anything publicly discussed” and are “substantially greater than what the Congressional Budget Office (CBO) initially estimated health reform would cost by this point.”

The $73 billion figure, however, is a drop in the bucket compared to Obamacare’s 10-year spending total. According to the Senate GOP Budget Committee, Obamacare will costs U.S. taxpayers $2.6 trillion over the decade.