EDINBURG, Texas — Authorities at the Texas border arrested a man  who is believed to have crossed multiple times into America to hold female illegal aliens at gunpoint to rob them–the man would then swim back to Mexico in order to avoid capture.

On Friday afternoon, 38-year-old Julio Cesar Velazquez went before a local justice of the peace who formally charged him with five counts of aggravated robbery. 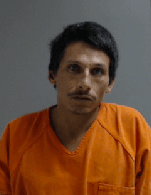 The arrest of Velazquez came after a lengthy surveillance investigation led by Hidalgo County Sheriff’s Office and with the help of the U.S. Border Patrol, Sheriff’s Division Chief Joel Rivera said in an interview with Breitbart Texas.

The case began in September when authorities learned about the robberies being carried out on women who had just crossed the Rio Grande in an area south of the border city of Mission known as Rincon Village, Rivera said.

The gunman appears to have crossed from Mexico into Texas, carried out the robberies in an area where primarily women and children cross and after the crime he would them flee back to Mexico, the Chief said.

As Breitbart Texas previously reported, Rincon Village is an area that has been used by Gulf cartel-tied human smugglers in order to bring across women and children who are generally from countries other than Mexico. These people are usually fingerprinted, photographed, and released with a court notice set for a later date. The Rincon Village area is one of the territories controlled by the Gulf Cartel in Reynosa.

The victims would report the robberies after turning themselves to authorities. As part of the investigation deputies were to confirm five female victims who were robbed at gunpoint by Velazquez and arrest him. According to investigators, Velazquez appears to have used that particular area so he could target only women who were less likely to fight back.

Investigators are looking at the possibility that Velazquez acted in a predatory fashion in the area and may have been responsible for even  more robberies, Rivera said.

“What makes this case so difficult is the the type of victims that we have here,” the Chief said. “Because of their situation some of the victims may be spread out in Laredo, Houston, San Antonio or somewhere else … Tracking them down and identifying additional victims presents a challenge.”