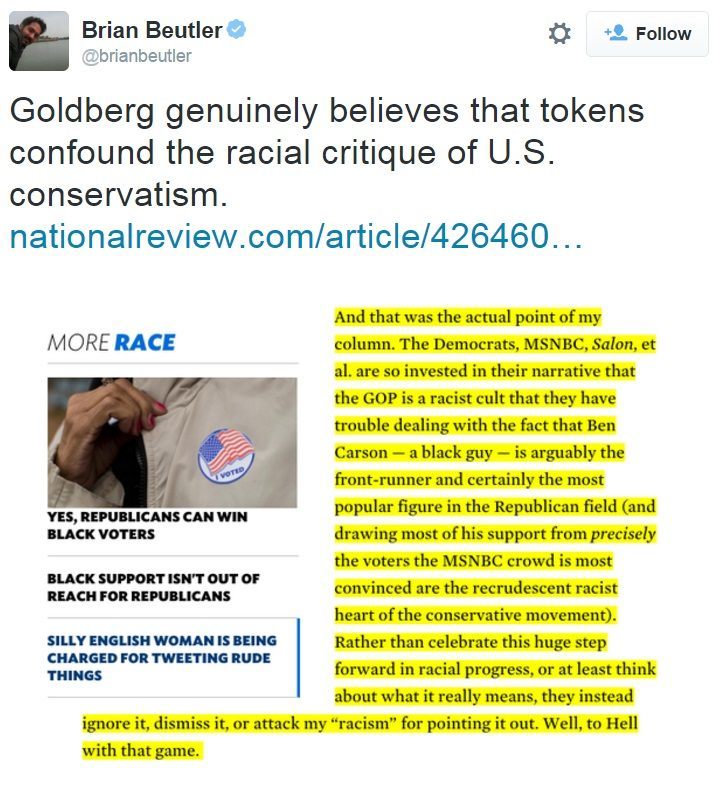 Currently, according to a number of national polls, Dr. Ben Carson is the Republican presidential frontrunner. He is also leading Hillary Clinton in Florida and nationally. Moreover, Carson is a world renowned neurosurgeon born poor to a single mother. His story of growing up black and poor before becoming a famous doctor and role-model was widely known even before he began his run for the presidency.

“Token” is considered by many to be a racist term hurled by whites to use the race of another to denigrate and insult that person.

The New Republic did not immediately return a request for comment.