Four refugees sent to Indiana by the federal Office of Refugee Resettlement in 2015 were diagnosed with active tuberculosis once they arrived in the Hoosier State, according to the Indiana Department of Health.

Active tuberculosis (TB) is infectious, while so-called “latent TB” is not infectious. But 10 percent of those infected with latent TB develop active infectious TB.

In 2015, almost 400 migrants with latent TB settled in Indiana, according to state records. The state’s TB rate had declined for the 54 years up to 2010, but is now increasing as more migrants settle in the state.

“Tuberculosis is one of the most lethal infectious diseases in history,” Dr. Jane Orient, executive director of the Association of American Physicians and surgeons, told Breitbart News last week. “It is easily transmitted, say on a public bus [and] increasingly, it is becoming highly resistant to all our antibiotics,” she said.

The disease is airborne and is “caused by a group of bacteria called Mycobacterium tuberculosis. General symptoms may include a prolonged, productive cough, blood-tinged sputum, night sweats, fever, fatigue, and weight loss,” the Indiana Department of Health reports.

It is unclear whether these four refugees had infectious active TB prior to their arrival. Under federal rules, would-be migrants are screened by the federal Centers for Disease Control (CDC). Alternatively, the migrants may have been accepted with latent TB that became active in the 30 to 90 days between their health screening in Indiana.

“The overseas medical screening for TB for immigrants and refugees focuses on active TB disease,” a spokesperson for the CDC tells Breitbart News.

The Indiana Department of Health says that “refugees found to have active tuberculosis (TB) on their overseas health screening are not permitted to enter the U.S. until they are treated and no longer infectious.” Once refugees arrive in Indiana, “all refugees are still screened for tuberculosis infection and disease during their domestic health screening,” the Indiana department said.

The arrival of four infectious TB cases in Indiana suggests the CDC has failed  to implement the screening and testing procedures for U.S. bound refugees recommended in a December 2015 study published by seven current or former public health professionals at the CDC.

According to the study, “implementing LTBI [latent tuberculosis infection] screening and treatment for United States bound refugees from countries with high or moderate LTBI prevalence would potentially save millions of dollars and contribute to United States TB elimination goals.”

Had all refugees testing positive for LTBI been successfully treated prior to their arrival in the U.S., the likelihood of LTBI transforming into active TB subsequently would have been dramatically diminished in Indiana and in all 48 other states where refugees are currently resettled. Wyoming is the only state that has never participated in the program.

“Some refugees and immigrants undergo screening for latent TB infection overseas,” a spokesperson for the CDC tells Breitbart News. That, however appears to be a very small proportion of the 70,000 refugees who are settled annually in the United States.

More significantly, even those very few refugees who are screened overseas and test positive for LTBI are allowed to enter the United States without receiving treatment. “Persons with latent TB infection are referred for treatment and follow-up in the U.S.,” the CDC spokesperson tells Breitbart News.

“This process is a joint partnership between CDC and state and local health departments,” the spokesperson adds.

But only 77 percent of the 1,885 refugees resettled in Indiana in 2015 completed post-arrival medical screenings. It was among those screened that the four cases of active TB were detected.

There is no medical data on the other 23 percent of refugees — 420 in total — who did not complete post-arrival medical screenings.

Overall, 26 percent of these medically screened new arrivals, or 394 in total, tested positive for latent TB (see page 9 of the State of Indiana Refugee Health Program Annual Report for FY 2015).

This is an even higher TB rate than the 22 percent of refugees resettled in Minnesota in 2014 who tested positive for latent TB, as Breitbart News reported previously.

It is consistent with other studies, however, which show that between 20 percent and 49 percent of resettled refugees have latent TB. In contrast, 4 percent of the general population of the U.S. test positive for latent TB.

It is unclear if the four refugees diagnosed with active TB in 2015 in Indiana remained in Indiana. If they remained, they were likely treated for active TB by the Indiana public health system at the expense of the state’s taxpayers.

Eighty percent of Indiana’s 1,885 resettled refugees in 2015 came from Myanmar Burma, a country with one of the highest TB morbidity rates in the world. That percentage has remained steady in the state since 2007.

As a result, Indiana has become the site of one of the largest Burmese communities in America.

These are also the two counties that have by far the highest number of TB cases.

“In 2014, Marion County had 46.3% of Indiana’s TB cases and only 14.2% of Indiana’s population,” the 2014 Indiana Department of Health Annual Report on Tuberculosis states.

Over the decade from 2005 to 2014, 35 percent of Indiana’s 1,131 cases of active TB were in Marion County. Nine percent were in Allen County, which had only 5 percent of the state’s population.

The increased incidence of TB in Allen County during this period appears to be directly tied to a flood of immigrants arriving from Burma, one that had a significant cost to public health and the taxpayers.

“Fort Wayne’s Burmese population …[was] already [e]stimated at more than 3,000 … one of the largest in the United States,” the News Sentinel  reported at the time.

The Allen County Public Health Director “said about 50 percent of refugees arrive with TB infection and must be tested, treated and tracked. The TB clinic is already seeing a surge in patients this year, and they are sicker, she said, adding more nurses are needed now, even without the additional refugees.”

Sources tell Breitbart News the massive influx of LTBI positive Myanmar Burmese refugees required so many financial resources from the local health department to screen and treat it began to run out of money. The Allen County public health director applied for an emergency grant from the federal government for $100,000 to deal with the ensuing public health crisis. The local Congressman quickly helped ensure the funding request was granted, and taxpayers around the country ended up paying the bill.

“This year so far,” the News Sentinel  noted at the time, “58 percent of Allen County’s active TB cases are among foreign-born individuals, compared to 22 percent in 2004.”

Myanmar (Burma) has one of the highest incidence rates of MDR TB in the world.

According to the World Health Organization, “[t]here are 27 ‘high burden’ countries. These are countries where there are at least 4,000 cases of MDR TB each year and/or at least 10% of newly registered TB cases are of MDR TB.”

Myanmar (Burma)—the country of origin for 80 percent of Indiana’s 1,885 resettled refugees in 2015 and the several thousand resettled since 2007—is one of those 27 “high burden” countries. 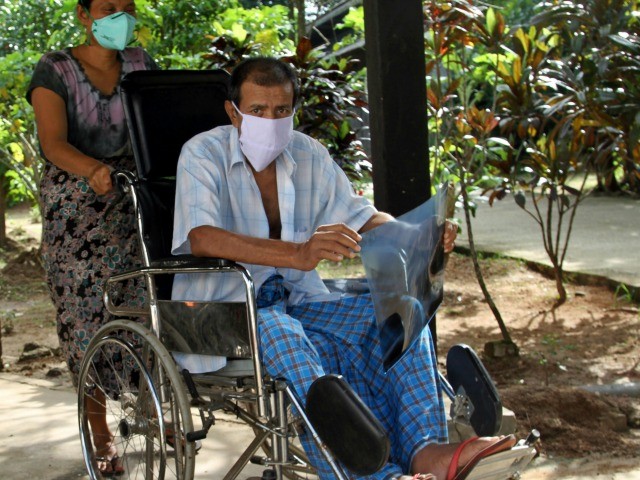 A number of Burmese refugees diagnosed with MDR TB have been treated for the disease at a refugee camp in Thailand over the course of several years, as shown in this 2012 video. The treatment is lengthy and expensive, taking up to two years to complete.

The Star Tribune reports that “[c]are of patients with drug-resistant [MDR] TB… costs many times more [than the $17,000 CDC estimates it costs to treat a patient with active TB that is not drug resistant]: $134,000 for a multidrug-resistant patient and $430,000 for an extensively drug-resistant one.”

2015 was the first year that the annual Indiana Department of Health Refugee Report included data about the incidence of active and latent tuberculosis among refugees resettled in the state during the year. The 2014 annual report simply stated that “[c]ommunicable diseases such as tuberculosis infection and disease, sexually transmitted infections, HIV and parasites will continue to be included in the screenings and will continue to be tracked,” without providing any of the associated health data for those diseases.

TB is not just a problem in Marion and Allen counties now, as the Evansville Courier and Press reported in 2015:

Southwestern Indiana is not a hot spot for tuberculosis — but the disease is not unheard of here, either, according to state statistics.

Earlier this week, Waupaca announced that an employee at its Tell City foundry had been diagnosed with active tuberculosis. Waupaca did not name the patient, but said the person lives in Perry County and is currently on medical leave and receiving treatment. The company also said that employees who had direct contact with the patient are being screened for the disease.

Breitbart News is currently reviewing documents and reports from the CDC and state and local departments of health from around the country which suggest the problem of resettled refugees arriving with active TB may extend far beyond the borders of the Hoosier State.

Listen to the discussion of this article on Breitbart News Sunday on SiriusXM Patriot Channel 125: