Republicans are out with the full report on the Benghazi attack on an American consulate that killed four Americans, but part of the report detailed fifteen questions for President Barack Obama that were not answered.

Benghazi Committee Chairman Trey Gowdy sent a list of questions to Obama’s counsel, but his request was ultimately rejected by the White House, according to Politico.

When asked by reporters why the president did not wish to cooperate, White House deputy spokesperson derided the investigation as a “conspiracy” and cited a photo of the president in the Oval Office the night of the attacks released by the White House on Flickr. 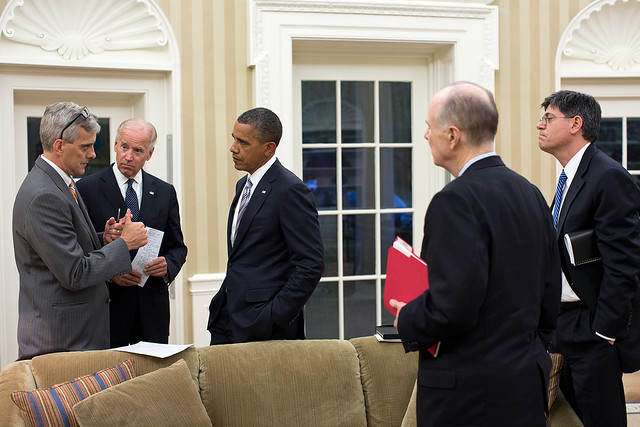 Here are the 15 questions that Obama refused to answer (two of them are classified):

2. When did you first learn a U.S. facility in Benghazi, Libya, had been attacked? What were you told, and by whom? Were you informed Sean Smith had been killed during the initial attack?

5. Were you subsequently kept informed about the initial attack, subsequent attacks, and/or efforts to either send military assistance or evacuate U.S. personnel? By whom?

8. Were you aware that prior to any military asset moving to respond to the attacks the State Department expressed concerns to the White House about the number of military assets going
into Libya?

9. When did you learn of a mortar attack that killed Tyrone Woods and Glen Doherty? Who informed you?

10. Were you aware of any efforts by White House and Department of Defense officials during the evening of September 11, 2012, and into the early morning hours of September 12, 2012, to reach out to YouTube and Terry Jones regarding an anti-Muslim video? What specifically connected the attacks in Benghazi to this anti-Muslim [sic] video, and why weren’t these efforts made after the protests in Cairo, Egypt?

11. When did you learn individuals associated with terrorist organizations participated in the attack on the U.S. facilities in Benghazi, Libya?

13. Have you ever viewed surveillance footage from the cameras (or other sources) located at the U.S. facilities in Benghazi depicting the attacks? Will you declassify this footage so the American
people can see for themselves what transpired?

14. Did you authorize a covert action or covert operation to provide lethal assistance to Libyan rebels?

But the White House has refused to cooperate.