Tim Scott: ‘America Is a Good Place — I Believe in the Goodness of This Nation’

Monday, Sen. Tim Scott (R-SC) discussed his political future with FNC’s “Fox News Primetime,” which he said was focused on his 2022 reelection campaign. 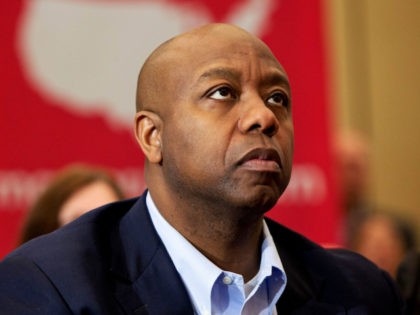 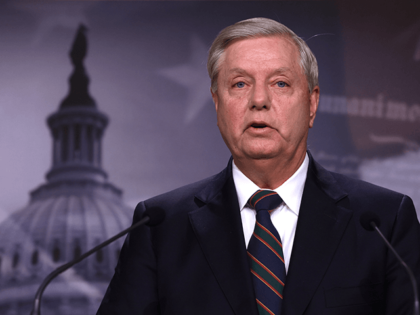 Doug Collins: ‘Not Sure’ Raphael Warnock Claim of Being a ‘Pro-Choice Pastor’ Is a Value Georgia Voters Will Accept 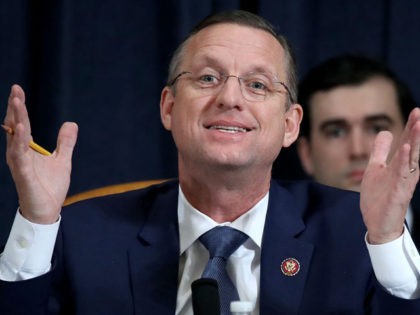 Rove: Trump Needs to ‘Make an Appeal for a Broader Group of People’ 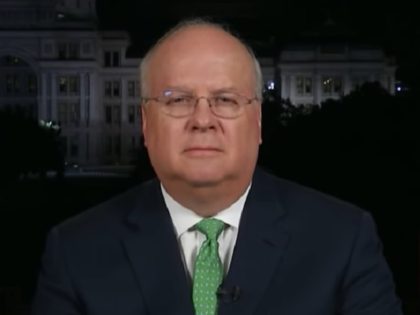 FNC’s Gowdy: Floyd Death ‘Is Murder’ – Can’t Survive with a Justice System People of Color Don’t Have Faith in

On Thursday’s broadcast of the Fox News Channel’s “The Story,” Fox News Contributor, former prosecutor, and former Rep. Trey Gowdy (R-SC) stated that there is “no reason” why the officer in the George Floyd killing hasn’t been charged with murder, stated that if he was a person of color, he would wonder how the Charleston church shooter could be arrested for murder without incident, while George Floyd was killed being arrested for suspicion of passing a counterfeit bill, and warned, “we’re not going to survive with a justice system that communities of color do not have confidence in.” 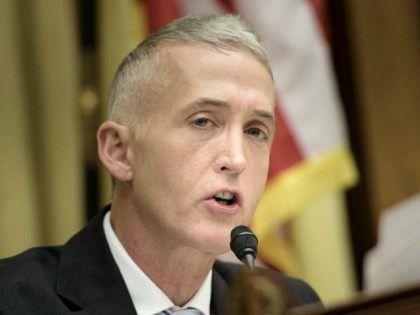 Gowdy: U.S. Can Hit China ‘Where It Hurts the Most’ for Hoarding PPE

With China reportedly covering up the coronavirus outbreak and hoarding important medical materials such as Personal Protective Equipment to corner the market and the White House mulling taking action against them, former Rep. Trey Gowdy (R-SC) said in a Tuesday appearance on “Fox & Friends” the United States could hit China “where it hurts the most” to hold them accountable. 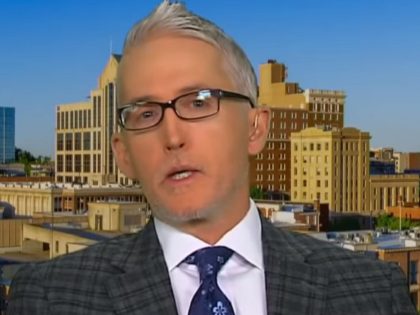 Gowdy: I Don’t Know Anyone Who Thinks Russia Prefers Trump to Win over ‘Comrade’ Sanders

During an appearance on Fox News Channel’s “Sunday Morning Futures,” former Rep. Trey Gowdy hammered former FBI Director James Comey for his remarks in an interview earlier regarding wrongdoing in the handling of the FISA process.

On Sunday’s broadcast of CBS’s “Face the Nation,” former Rep. Trey Gowdy (R-SC) said he supported the House Democrats holding their impeachment inquiry hearings behind closed doors. Partial transcript as follows: BRENNAN: Well you- you’re talking about process there and 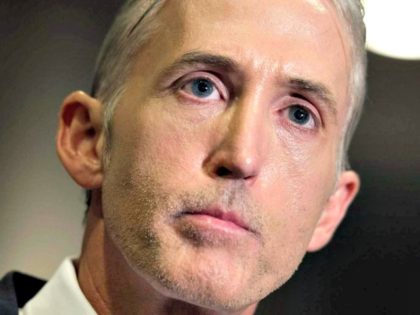 Graham: Gowdy Is ‘Smart Lawyer, But It Won’t Matter if the President Won’t Listen’

During an interview with Fox News Radio on Friday, Senate Judiciary Committee Chairman Lindsey Graham (R-SC) praised Trump legal team member and former Representative Trey Gowdy (R-SC), but cautioned that “it won’t matter if the president won’t listen to him.” 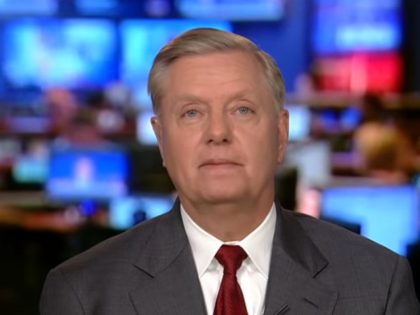 Former Rep. Trey Gowdy (R-SC) is no longer a contributor for Fox News, a spokesperson for the network confirmed on Wednesday. 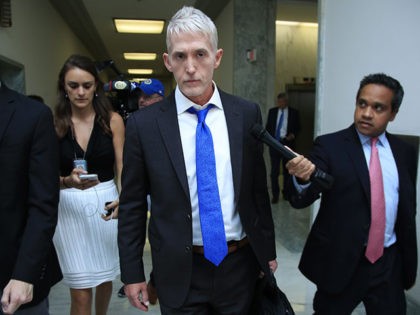 Donald Trump: ‘We Will Win’ in 2020 Against Democrat ‘Con Artists’

President Donald Trump vowed Wednesday to beat Democrats in 2020, arguing they only cared about getting him out of office and hurting Republicans. 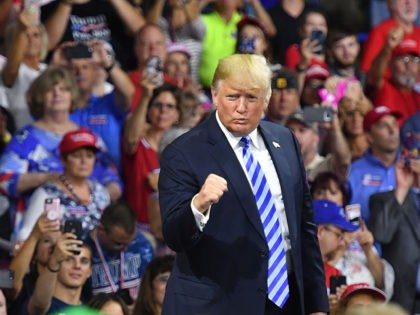 Former Rep. Trey Gowdy (R-SC) has reportedly signed on to serve as outside counsel to President Donald Trump as part of his efforts to fight the House Democrats’ impeachment inquiry. 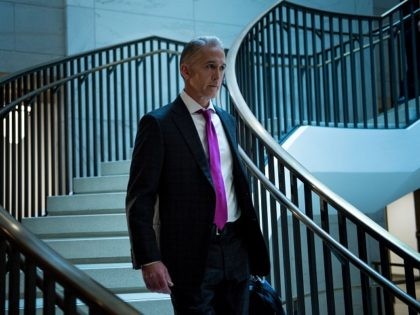 Gowdy: Comey’s ‘Not Going to Be Indicted’ 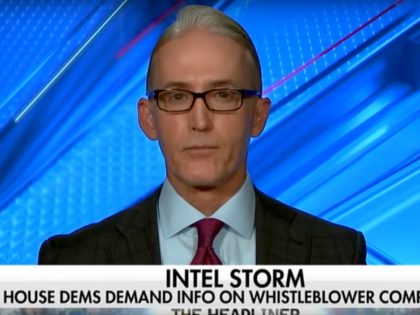 Trey Gowdy: I’ll Apologize to Comey ‘When It Snows in Hell’

Friday on Fox News Channel, network contributor and former Rep. Trey Gowdy criticized former FBI director James Comey for claiming he is owed apologies. Gowdy said, “I’m certainly not going to apologize to anyone who violated FBI and Department of 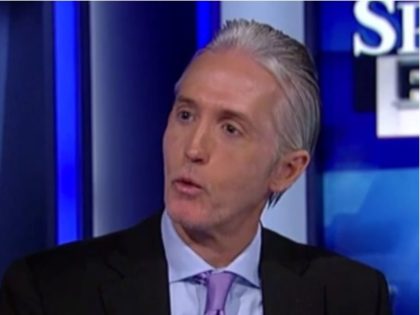 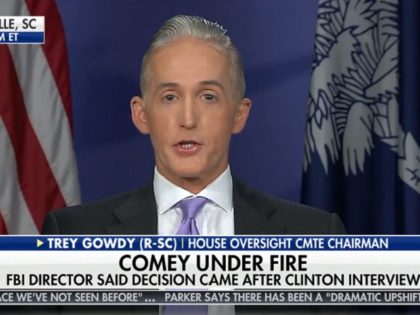 Samantha Power, the Obama-era U.S. Ambassador to the United Nations (UN), sent emails expressing “anti-Trump bias” during and after President Donald Trump’s election victory in 2016 from her government account, according to recently obtained government documents reported by The Hill’s John Solomon. 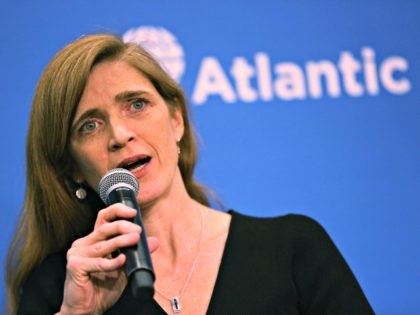 Rep. Mark Meadows (R-NC) said Monday that he believes the declassification of key documents relating to the Russia probe is “right around the corner.” 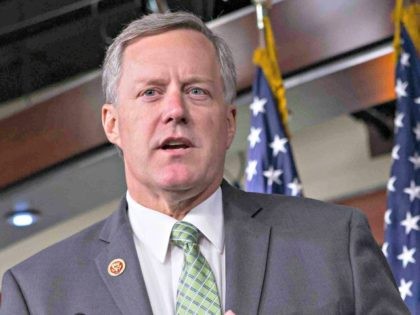 Gowdy: Schiff Only ‘Interested in Undoing the 2016 Election Results’ 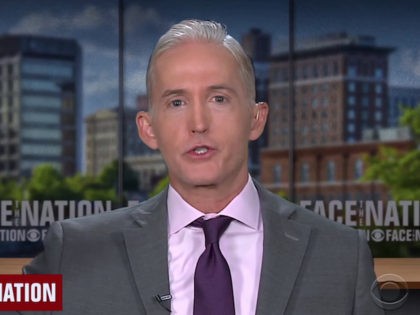 NEW YORK — In testimony, former FBI Director James Comey contracted the claim made during previous testimony by former CIA Director John Brennan that the anti-Trump dossier was not “not in any way used as the basis for the intelligence community’s assessment” that Russia interfered in the 2016 presidential election. 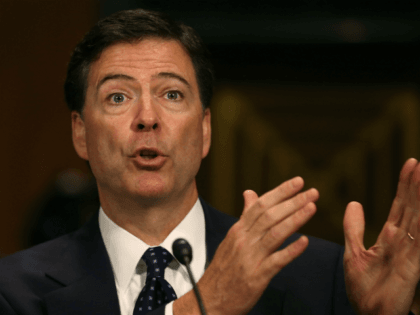 Comey told Congress he would “bet his life” that Mueller is conducting the Russia investigation “the right way.” 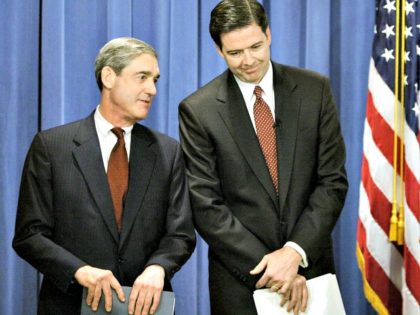 James Comey Declines to Answer ‘Many’ Questions During Hill Testimony

James Comey refused to answer several questions during his closed-door interview with House investigators on Friday, according to a report. 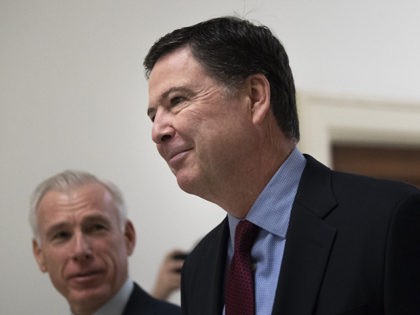 Nadler revealed he will end the GOP-led probe into decisions made by the FBI and Department of Justice during the 2016 presidential election. 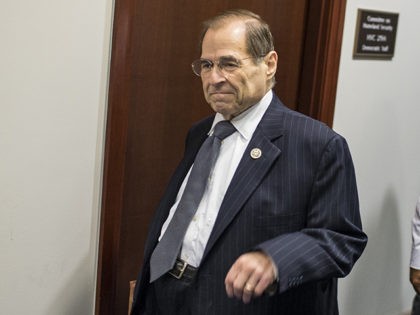 South Carolina Congressman Trey Gowdy shares President Trump’s opinion that the courts are partisan — even though he wishes they were not. 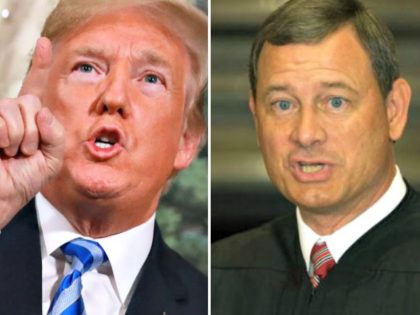 Gowdy on Ivanka’s Email: ‘I’m Concerned Anytime Any President Pre-Judges the Outcome of an Investigation’ 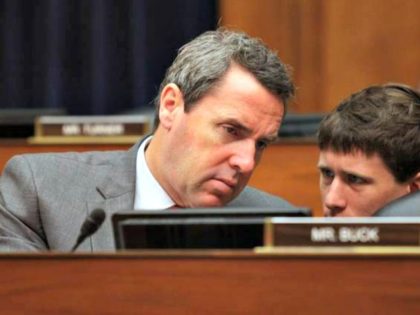 Gowdy: ‘I’m Really Disappointed’ with Senators Who Have Already Made Up Their Minds on Kavanaugh Accuser

Sunday on CBS’ “Face The Nation,” Rep. Trey Gowdy (R-SC) said he was “really disappointed” with senators who have already decided whether or not to believe either Dr. Christine Blasey Ford or Supreme Court associate justice nominee Brett Kavanaugh. Gowdy 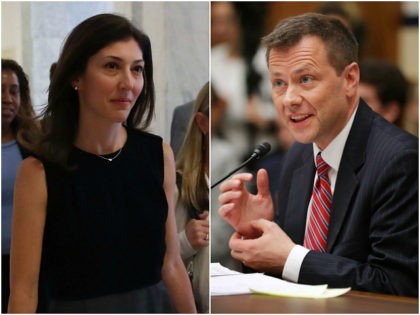 Gowdy: Strzok ‘the Only Person in America Who Doesn’t Think He Was Biased’

Thursday on Fox News Channel’s “Hannity,” Rep. Trey Gowdy (R-SC), criticized FBI agent Peter Strzok, who testified before a congressional committee earlier for his claim he wasn’t biased in his duty as an agent given his political leanings. Gowdy described 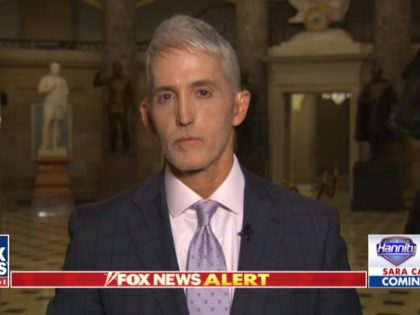 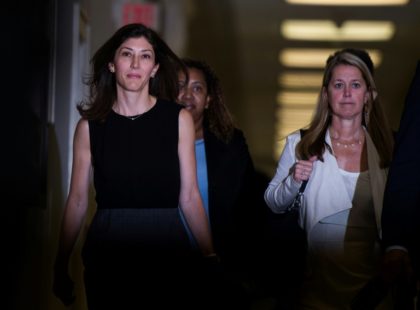