“Roy Moore opposes DACA and the Dream Act and supports military patrol of the borders while the [border] wall is being constructed,” a spokesman for Moore’s campaign told Americans for Legal Immigration PAC. 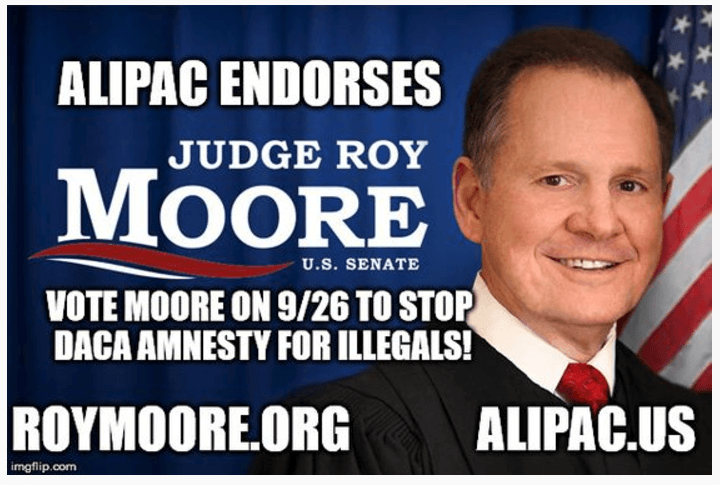 “This is the first clearly drawn line” between Strange and Moore, Gheen told Breitbart News. It has “just given us the contrast between Moore and Strange,” he added. The group will use its extensive membership list to encourage support for Moore, Gheen said.

The immigration issue helped outsider Donald Trump beat the GOP and Democratic establishments in 2016. But the federal policy of importing 1 million new legal immigrants a year generates so much extra revenue for business and for government agencies that Trump is facing intense pressure from the establishment to provide an amnesty to many of the 11 million illegal immigrants living in the United States.

The DACA issue blew up September 13 when the two Democrats declared that Trump had agreed to accept a DACA amnesty without getting funds for a border wall.

The cost of the proposed amnesty is far bigger than the Democrats or their media allies admit. Instead of covering 690,000 younger illegals now enrolled in former President Barack Obama’s 2012 “DACA” amnesty, the Democrats are pushing for passage of their much more ambitious “Dream Act,” which would legalize the 690,000 registered DACA recipients plus many additional migrants.

The Dream Act would cover at least 3.3 million illegals, according to a pro-immigration group, the Migration Policy Institute.

Once provided with amnesty and citizenship, the 3.3 million illegals would be able to get Obamacare grants — at an estimated cost of roughly $115 billion per decade —  and also sponsor many of their foreign-based relatives to join them in the United States, so inflating the scale and cost of the amnesty.

In contrast to Moore, Luther Strange has a record indicating support for large-scale immigration, and he even has a personal investment in a company which trades green cards for overseas funds.

It is our duty to uphold and enforce immigration law. Individuals who enter our country illegally should not receive the benefits that taxpaying Americans do. Immediate deportation of criminal aliens, building President Trump’s border wall, and cutting off funding for sanctuary cities are all effective means to enforce America’s laws and strengthen its borders.

Enforcing immigration law is also crucial to protecting Americans from terrorists seeking entry into our country under false pretenses. Luther Strange stands with President Trump and supports banning refugees in terrorist countries from entering our borders.

Strange has not responded to media questions about his policy towards the DACA amnesty. 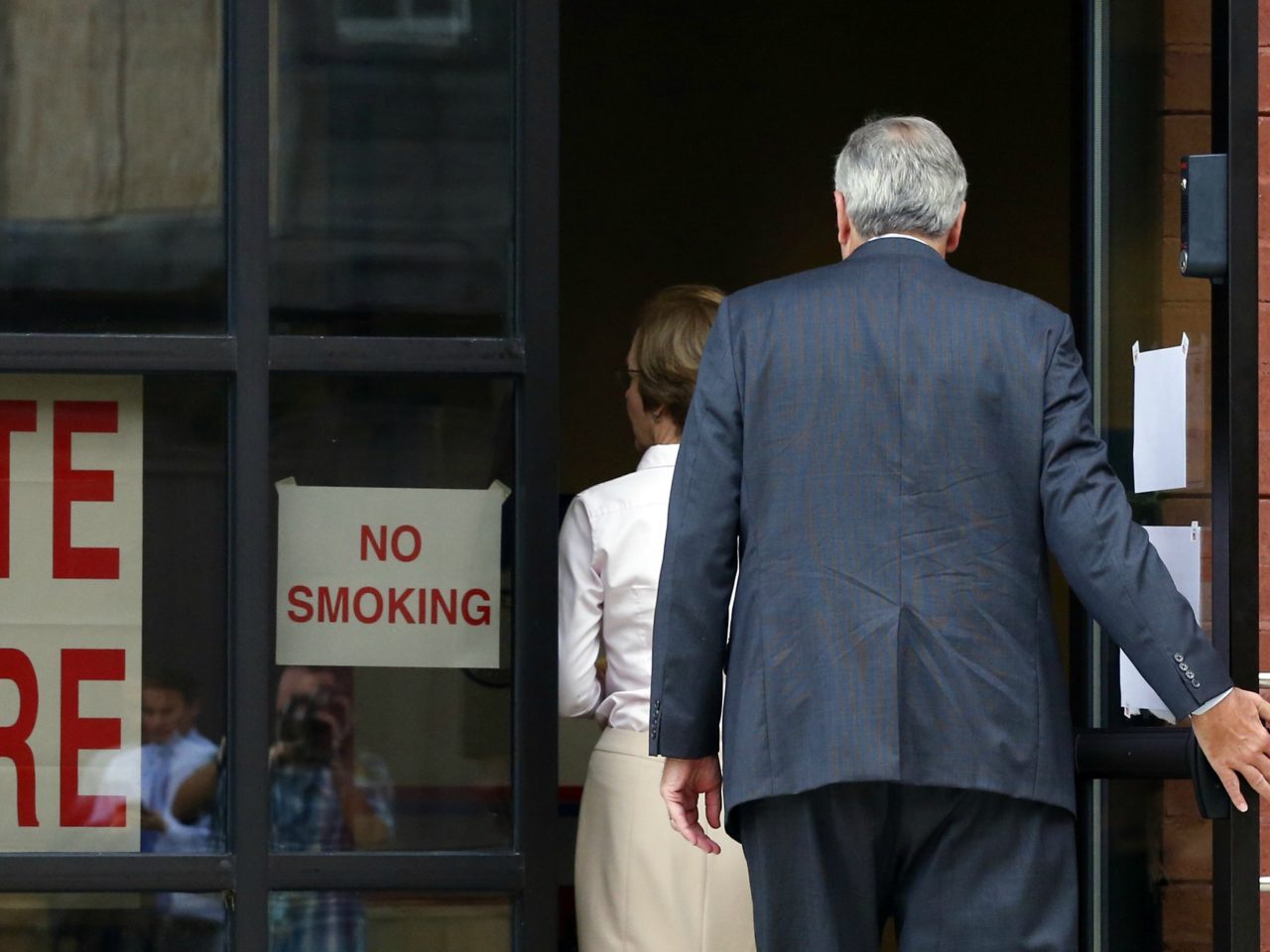 When serving at the state’s Attorney General in 2011, Strange sought to weaken the state’s draft HB 56 law curbing the employment of illegal immigrants. He initially failed, but when Obama’s federal government later sued the state to stop enforcement of the law, Strange used his power as Attorney General in October 2013 to stop defending the law and allow most of it to be eliminated.

Reportedly, Strange also has a one-sixth share in a company which effectively trades EB-5  visas and green cards to wealthy Chinese people who want to live in the United States. On September 19, his campaign staff told WHNT that “Luther agrees with the Trump administration that there are serious concerns over the EB-5 visa program, which is not being used as originally intended. It’s time for Congress to get to work on these issues.” The Strange statement did not propose to eliminate the often-criticized EB-5 program. 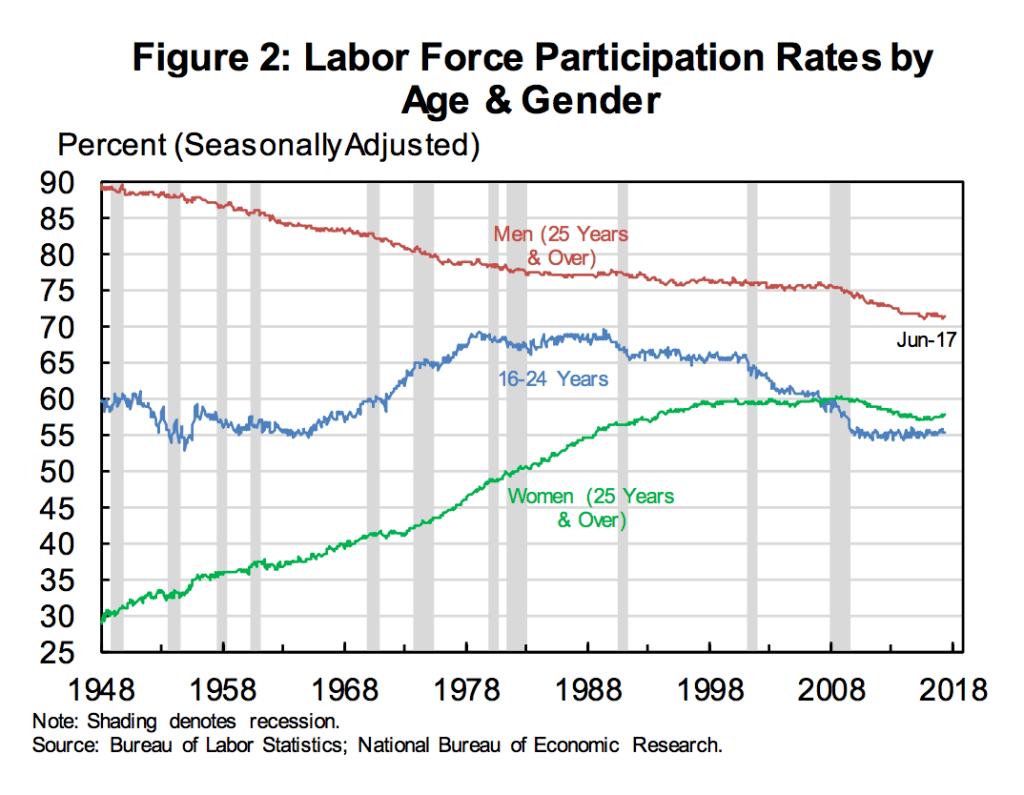