The Arctic is melting catastrophically! Sea ice levels are experiencing their most precipitous decline in 1500 years! Something must be done – and fast…

Well, so claims the National Oceanic and Atmospheric Administration (NOAA), and we know by now what that means, don’t we?

As usual, Paul Homewood has got its number.

First, here’s what the NOAA is claiming, as relayed in a scaremongering piece at Vox:

The Arctic Ocean once froze reliably every year. Those days are over.

Arctic sea ice extent has been measured by satellites since the 1970s. And scientists can sample ice cores, permafrost records, and tree rings to make some assumptions about the sea ice extent going back 1,500 years. And when you put that all on a chart, well, it looks a little scary.

In December, NOAA released its latest annual Arctic Report Card, which analyzes the state of the frozen ocean at the top of our world. Overall, it’s not good.

“The Arctic is going through the most unprecedented transition in human history,” Jeremy Mathis, director of NOAA’s Arctic research program, said at a press conference. “This year’s observations confirm that the Arctic shows no signs of returning to the reliably frozen state it was in just a decade ago.”

Now, courtesy of Homewood, are the facts:

Sea ice in the Arctic is recovering after a period of decline: 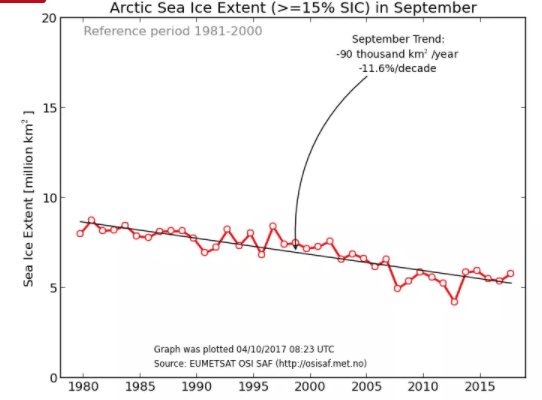 Arctic sea ice is getting thicker: 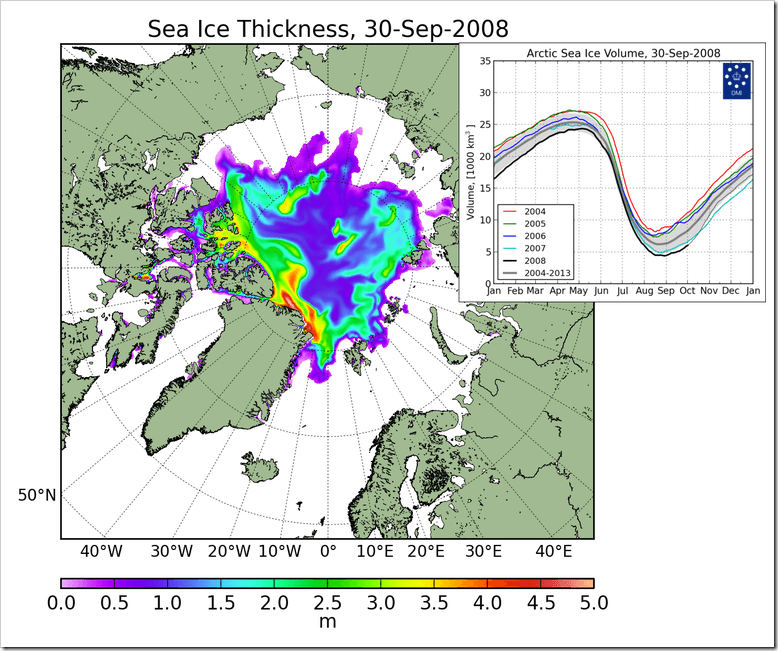 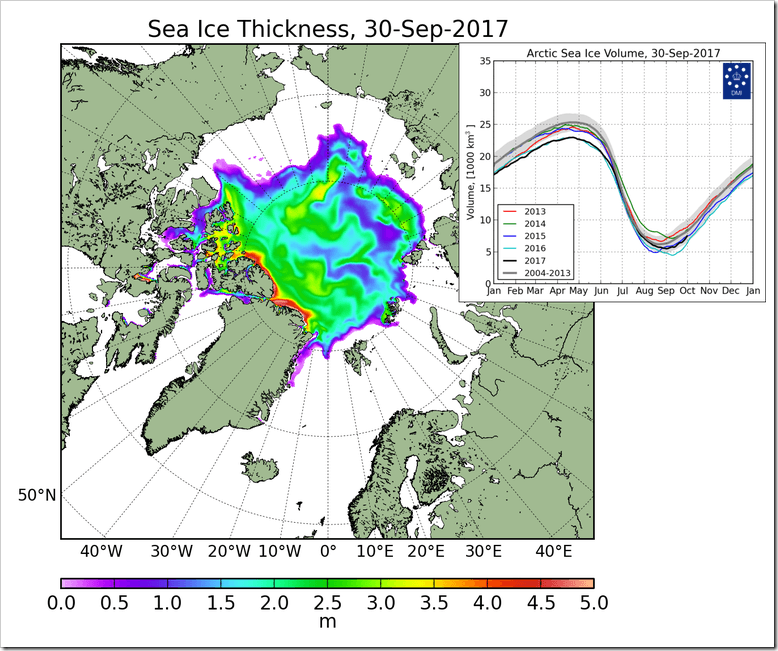 On longer timescales. there is nothing unusual about Arctic temperatures: 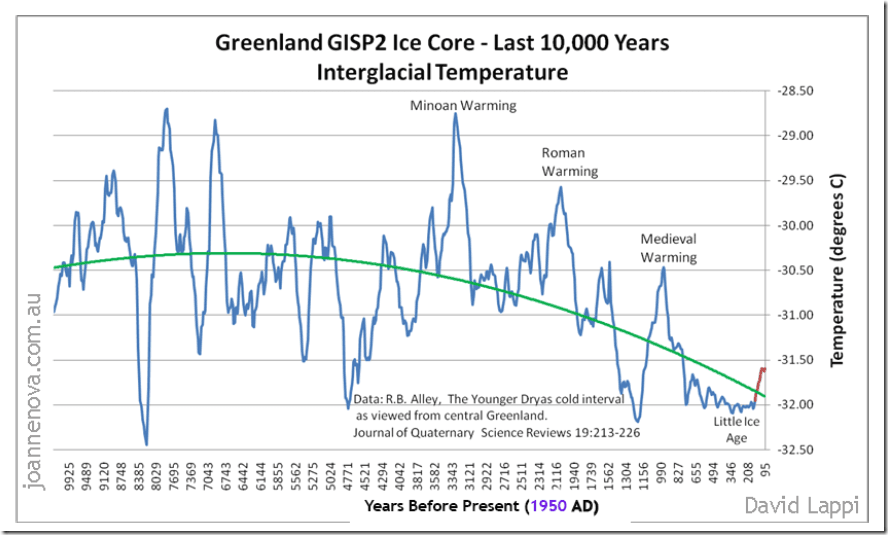 If you’re still worried that the Arctic is about to disappear, here are more papers confirming that Arctic sea ice is well within its normal range of variability.

One of them, Stein et al. argues that there is more Arctic sea ice now than there has been for most of the last 10,000 years: 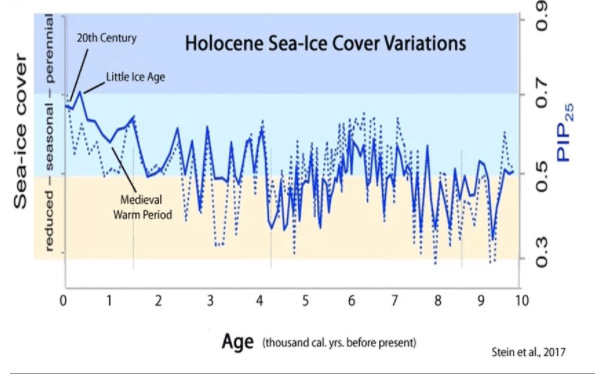 If only liberals and greenies relied on media that give facts rather than narrative, eh?