The Republican Speaker of the Georgia House blocked a bill that would help deport criminal illegal aliens, but he pushed through a last-minute bill touted by his lobbyist son, according to the Atlanta Journal-Constitution.

Georgia House Speaker David Ralston delayed the end of this year’s legislative session past a midnight deadline so lawmakers could vote on a bill to allow speeding ticket cameras in school zones.

The bill was pushed by Ralston’s son, a lobbyist for an Arizona-based company, American Traffic Solutions, that sells the camera systems to local governments.

Ralston and Lt. Gov. Casey Cagle, the president of the state Senate, agreed to continue working past midnight to allow the House to approve the bill after it had passed the Senate a few minutes earlier, said Kaleb McMichen, a spokesman for Ralston, a Blue Ridge Republican.

In contrast, Ralston refused to allow a vote on a public safety bill in the GOP-dominated House before ended its annual session on March 30. Corporate-funded anti-borders groups took credit for the defeating the bill, which would have required state officials to notify federal immigration-enforcement officers of illegal migrants in the state’s jails.

“We ran out of time before we had finished all the bills that were worthwhile,” said House Majority Whip, Christian Coomer. “Other bills took priority and SB452 wasn’t called before the clock struck midnight,” he told the liberal Atlanta Journal-Constitution newspaper.

GOP Lt. Gov. Casey Cagle originally backed the immigration enforcement legislation but stayed quiet when the bill was narrowed to exclude migrants who did not commit “serious crimes.” But after the bill was blocked, Cagle issued a statement saying:

Law enforcement agencies at every level of government should work together to make sure that criminal illegal aliens who commit serious crimes are arrested, convicted, deported, and never allowed back inside our nation’s borders.

Cagle is one of four GOP politicians vying for this year’s gubernatorial nomination.

Ralston faces a May 22 primary election against Margaret Williamson.

The firm also represents the interests of both home builders and contractors, as well as home owners in litigation issues arising over construction.  With over 35 years of courtroom experience in the construction law area, our firm has successfully litigated and defended against a range of matters in the construction area.

Majority whip Coomer told excused the decision by telling the Atlanta Journal-Constitution that the GOP establishment might approve a similar bill in 2019 and – if public pressure continues.

“If the state’s interest in reasonable law enforcement approaches to criminal aliens and misdemeanor bail issues remains high, then another version of the bill may see movement next year,” he said. 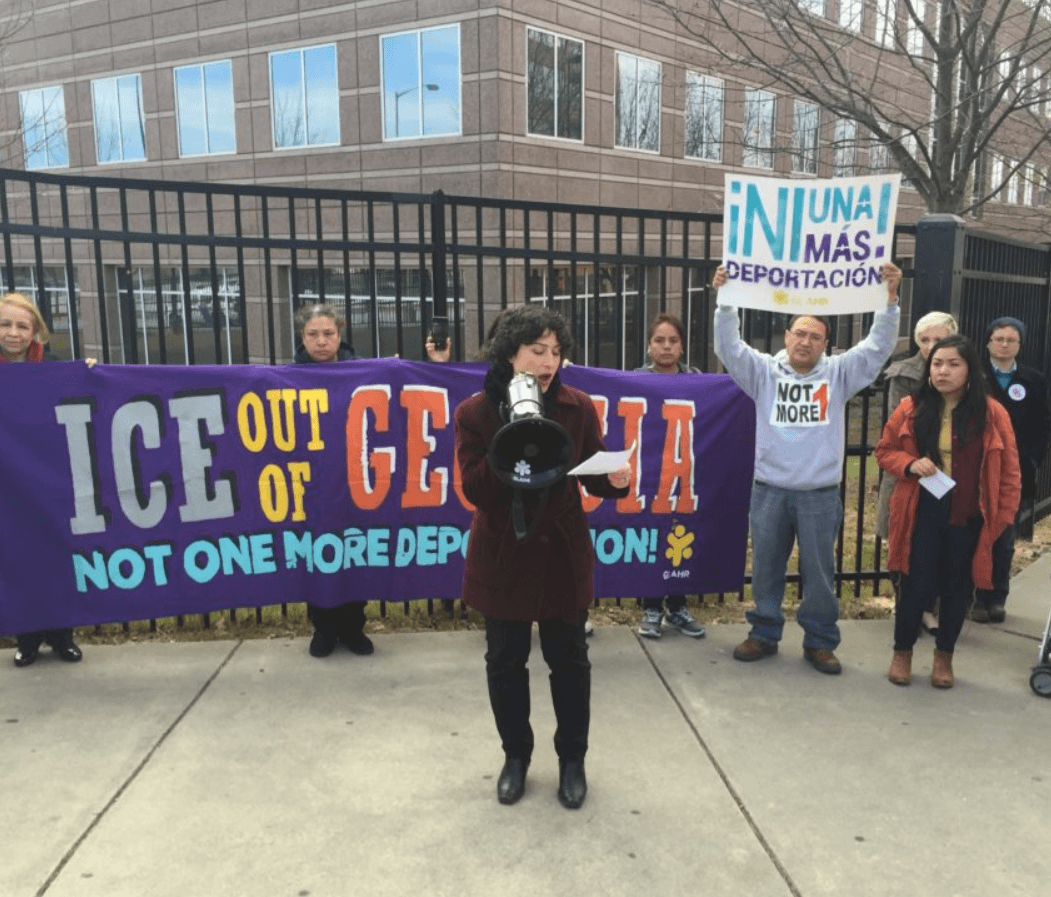 In its final version, the criminal alien measure required law enforcement to notify federal officials when police detained an illegal alien convicted of a felony, a ‘high and aggravated misdemeanor’ or DUI. Language in the legislation also would have required the state Department of Corrections to post quarterly reports on the immigration status and number of non-citizens in the state prison system.

According to federal estimates, Georgia is home to more illegal aliens than Arizona.

As Breitbart reported, the bill easily passed the Senate in a tougher form but was held up in the House when it was gutted in the Public Safety and Homeland Security sub-Committee led by GOP Rep. Heath Clark, who compared immigration enforcement to “Nazi Germany.”

Clark later told Breitbart the Nazi term was ‘… definitely, probably a little far.” Clark eventually apologized for his remark to this writer and was reportedly willing to speak in support of final passage of the bill on House floor.

When asked about the failure of the legislation and the likelihood of Georgians becoming victims of future criminal activity by illegal aliens in the Peach State, Billy Inman, father of Dustin Inman, a sixteen-year-old Georgia youth who was killed by an illegal alien in 2000, told me “one is too many.”

The illegal alien who skilled Dustin Inman and put Mrs. Inman in a wheelchair, according to the U.S. Department of Justice, is living in Mexico.

Inman condemned the lack of action by the Republican House and cited a 2003 book,  ‘A National Party No More: The Conscience of a Conservative Democrat’ written by former Democrat Georgia governor and U.S. Senator, Zell Miller. “As Zell put in his book, “no one in a position to do anything about it wants to do anything about it,” said Inman.

D.A. King is the founder of the Dustin Inman Society, which advocates for immigration enforcement in Georgia.