Tommy Vietor, former spokesperson for President Barack Obama’s National Security Council, and co-host of the influential left-wing podcast Pod Save America, spoke for many in his party: 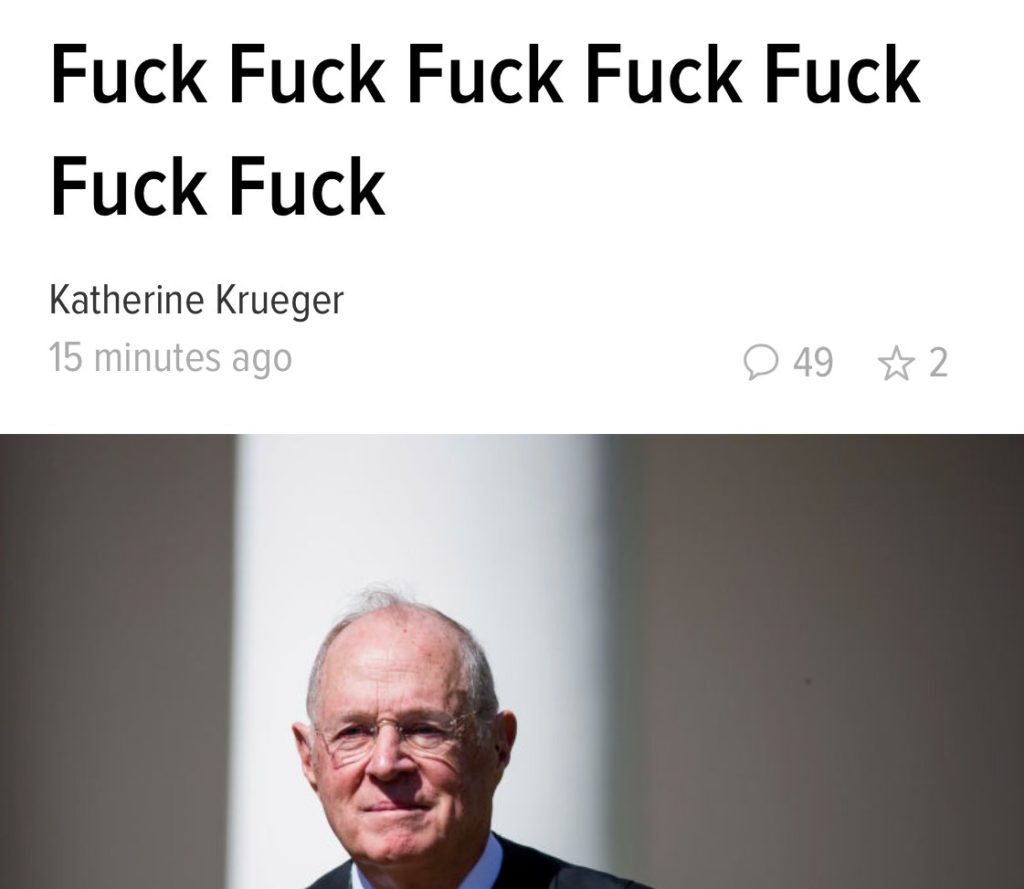 Others were somewhat more articulate, but no less upset.

BREAKING
Justice Kennedy has officially announced his resignation. Trump and his anti-choice allies have already stolen one #SCOTUS seat, and we’ve seen the devastating effects on our rights already. Now, he’ll get the chance to steal another. https://t.co/1p8ggBQrr9

Here’s 3,000 words from me on why Kennedy’s retirement could mean the end of Roe v. Wade and affirmative action, and shuts the door on basically any progress against the death penalty and solitary confinement https://t.co/TLOjM4DjQ9

The retirement of Kennedy is one of the most depressing and unsettling pieces of news of the Trump era…and that is saying a mouthful. It is a very dark moment & one during which I am incapable of not harboring bitter thoughts about all those who made Trump’s election possible.

Earth-shaking&gut-wrenching. Departure of Justice Kennedy means a historic challenge is ahead. The President must appoint an open-minded&fair jurist in Justice Kennedy’s mold.

Some took the opportunity to trash Kennedy — or to praise him:

One was the law’s recognition that gay people are people.

The other is unlimited spending by wealthy corporations in on elections.

He chose to sacrifice the former to safe the later.

He is a terrible person.https://t.co/q6Asq83WJL

In 2003, Kennedy broke with the conservatives to strike down sodomy laws in 13 states.

And others held out hope that Justice Ruth Bader Ginsburg, 85, would remain in her seat to keep the Court’s liberal minority at four members, with hope of adding to their number under a future Democratic administration: