What has ceding support for six decades to the Democratic Party done for black Americans?

That’s the question 29-year-old conservative firebrand Candace Owens says haunted her one February afternoon. The Turning Point USA communications director was standing backstage at the annual conservative convention CPAC in Washington D.C., when she heard British politician Nigel Farage deliver a prime-time speech about how he helped lead the fight for Britain’s exit — or Brexit — from the European Union.

“Oh my God,” Owens recalls saying to herself at that moment, “we need a Blexit.”

“Black people need to exit the Democratic Party,” Owens told me in a phone interview in early October. 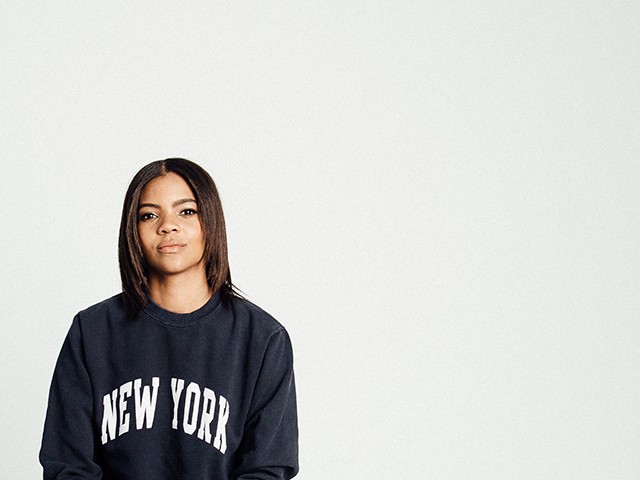 While so many black Americans have reaped the social and economic benefits of mainstream American life, Owens said, there are still millions of us trapped in nearly unlivable inner cities that are suffocated by crime, and awash with shoddy schools and hopelessness.

What’s the connective tissue tying many of these declining communities together, Owens asked: they’re all run by Democrats.

“I had this concept in my mind that made sense. But I needed to move the idea from Candace’s brain to a room full of my peers,” Owens told me.

She began organizing a retreat, which would put nearly two dozen of the most influential black conservatives in one room to discuss how a Blexit would look.

“And then Kanye happened,” Owens said of the Grammy-winner’s April 21 tweet. “We had to put everything on ice.”

“I love the way Candace Owens thinks,” Kanye West wrote with his trademark bluntness. The short missive prompted Owens to challenge West to help her “wake up the black community.”

“It was a blessing in disguise because there were so many people paying attention to me and my message,” Owens recalled. “We also needed to know how serious Kanye was about really fixing this issues in our communities.” 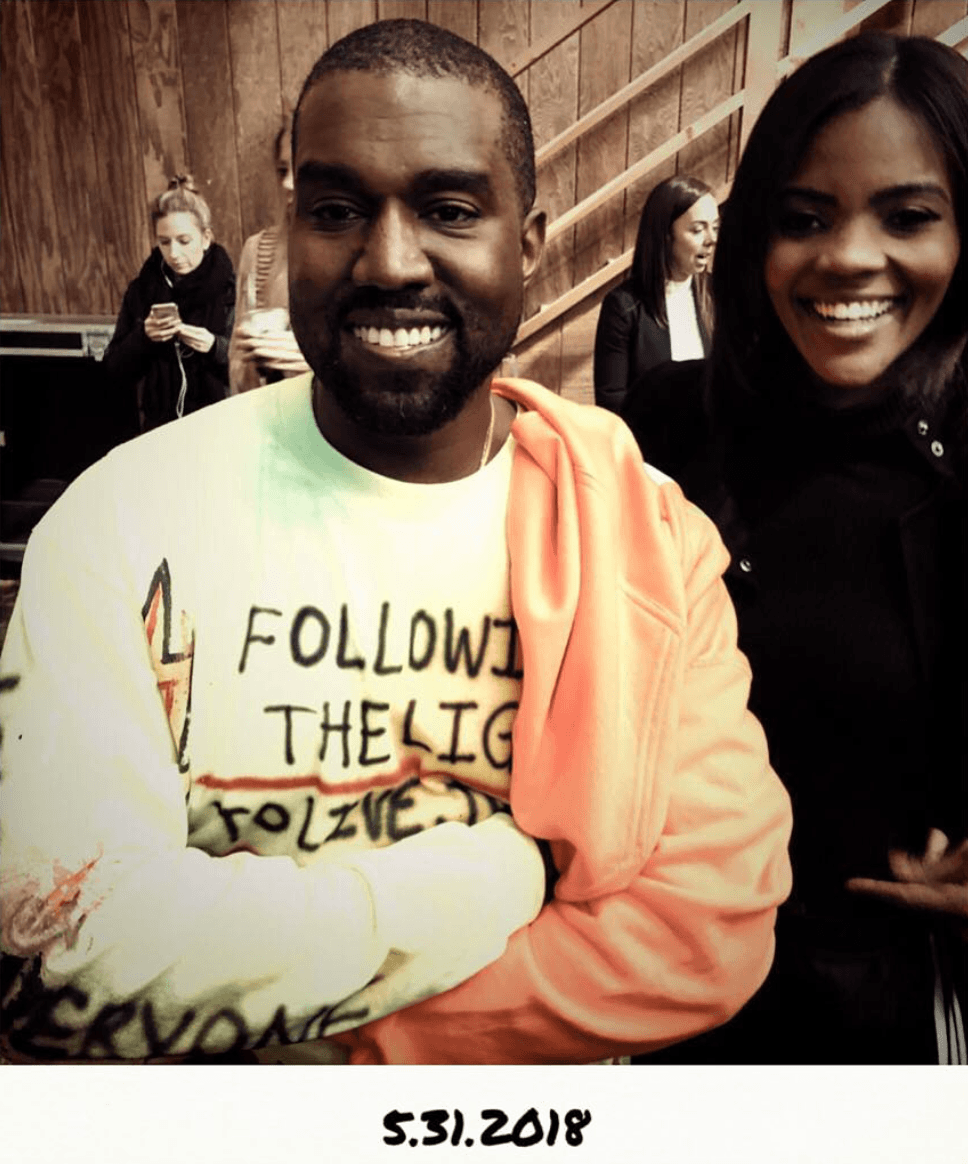 More than a month passed. In that time West had turned the entertainment establishment on its head with his unapologetic support for President Donald Trump. By June, Owens had reached rock star status. With the Chicago crooner’s backing, she moved ahead with the black influencers retreat.

“There is a real loneliness to being black and conservative. But that weekend was energizing and affirming,” she told me of the three-day confab in Phoenix, Arizona. “I realized, ‘Oh my God I’m not alone.'”

“We locked down the domain,” Owens said. The idea, she explained, was to “marry this movement to social media. We needed an online platform that could show and prove to black people that they don’t have to be Democrats and that they are not alone.”

“BLEXIT is a frequency for those who have released themselves from the political orthodoxy. It is a rebellion led by Americans wishing to disrupt the simulation of fear,” the website reads.

“BLEXIT is a renaissance,” it says. “It is our formal declaration of independence.” 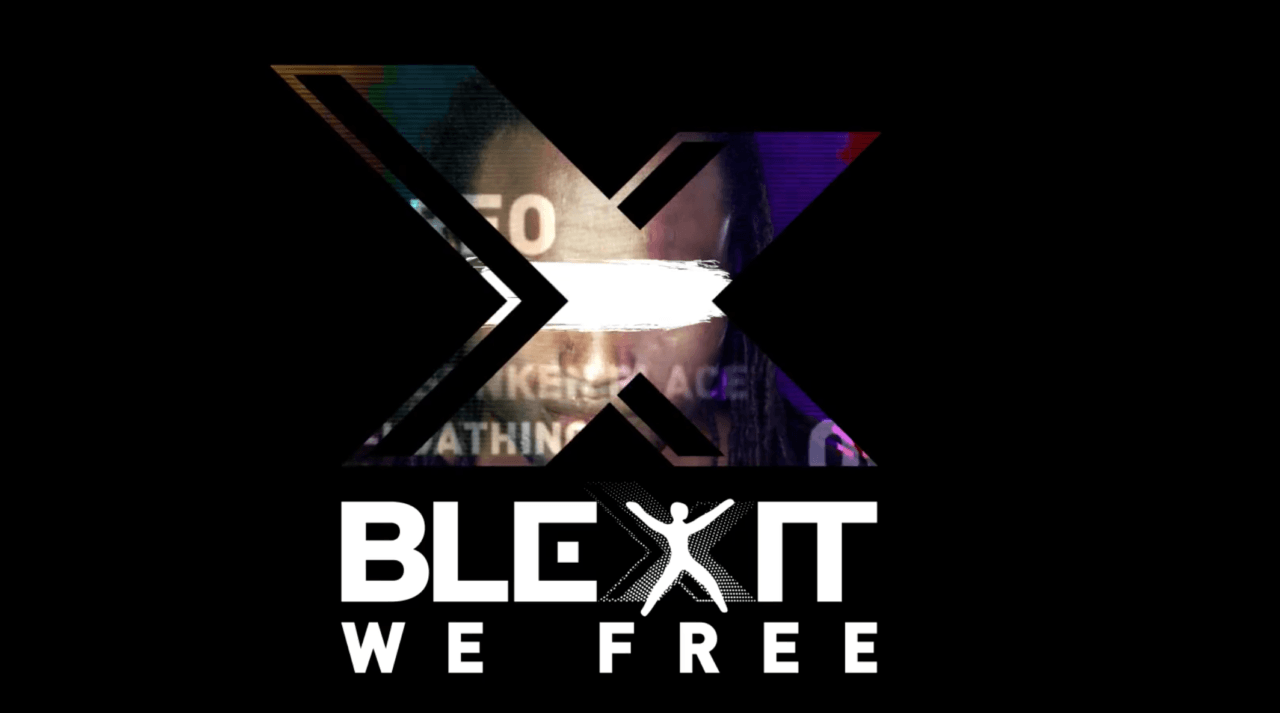 The “inspiration” page on the slickly designed website is rife with videos of black men and women from across the country detailing their personal journeys to political and ideological independence.

“There’s an old saying that if you’re black, you were born a Democrat. Sadly, there are so many of us who truly think that way,” Owens told me. “I joined Turning Point because they were disrupting that narrative. Speaking on college campuses across the country, I realized there were so many people who were ready to be freed from liberalism and the Democratic Party. But there was never a nucleus. So I decided to bring all of this energy together and power this thing.”

The site’s “inconvenient truths” section dissects the hidden history of how, for decades, the Democratic Party used the Ku Klux Klan to intimidate, terrorize, and murder black and white Republicans attempting to champion civil rights for blacks. It reveals President Lyndon B. Johnson’s sinister motivation for supporting the Civil Rights Act of 1964 and it chronicles Planned Parenthood founder Margret Sanger’s secret plan to exterminate blacks through abortion on demand. 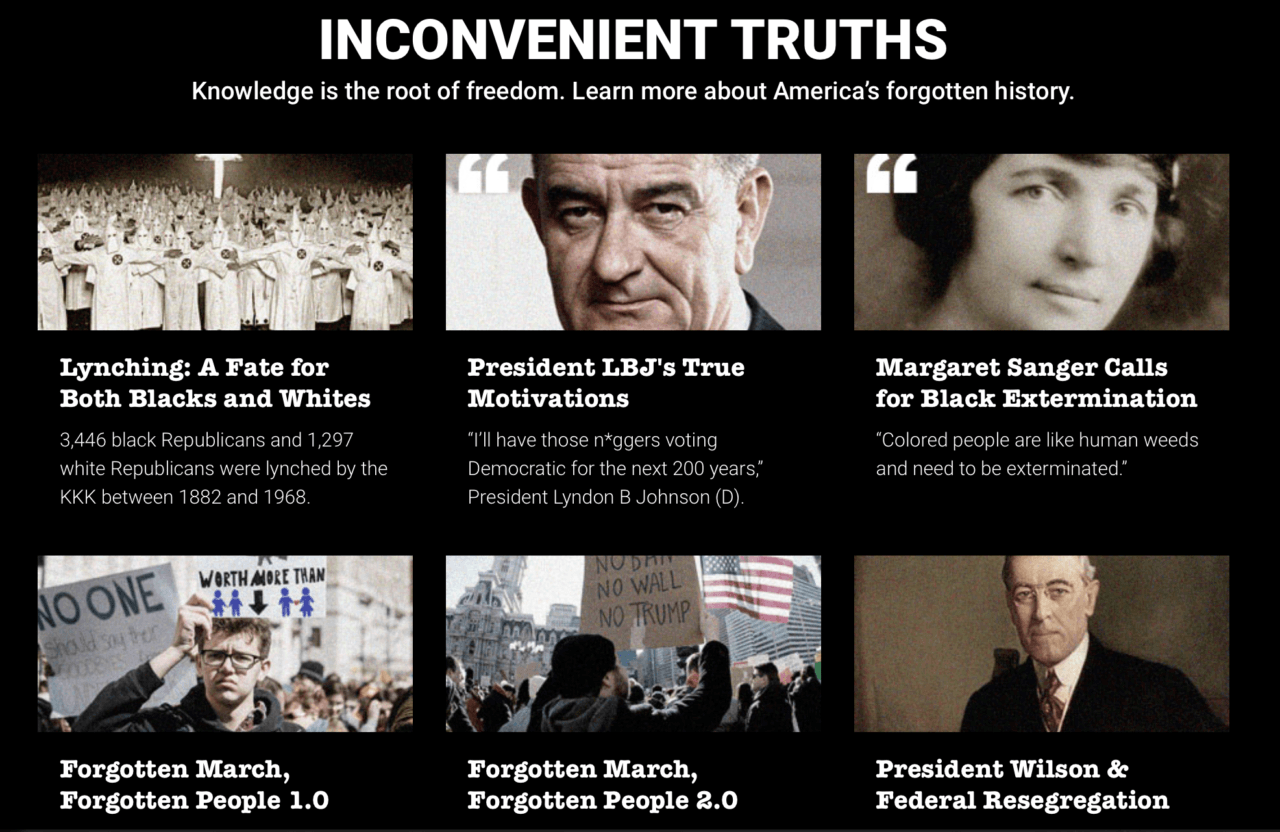 “I’m ready for a Blexit because I’m tired of seeing our people pigeonholed into one political party, which has spent decades telling the lie that liberal policies of higher taxes and handouts lead to prosperity,” Tatum told me.

“Look at your communities, look at the failure and the corruption and ask: what are we doing black people?” he continued. “What do we want to be and where do we want to go as a people? These so-called progressive politicians don’t care about us. And now they’re trying to give the right to work and vote and healthcare to people who are in this country illegally.”

Tatum, who voted for Barack Obama in 2012, says his political conversion came in waves.

“I was a cop for over six years — some SWAT, I was a general instructor at the academy training new recruits,” he said. “I was surrounded by conservatives at the department. It was there that I was confronted with the idea that my Christian faith didn’t align with my political values.”

It was also the culmination, he said, of President Obama sending Department of Justice officials to Michael Brown’s funeral, Colin Kaepernick’s national anthem protests, and his experience being called racist slurs by “white liberals” during a chaotic Trump rally in Tuscon that led Brandon to abandon the Democratic Party for good.

“I loved being a cop. For a long time, I couldn’t imagine not being a cop,” Tatum told me. “But I felt like God was calling me to do something more. And I could no longer remain silent about the lies the media was telling about the police. I needed to speak out about how the Democrats and their allies in the media were demonizing our law enforcement.” 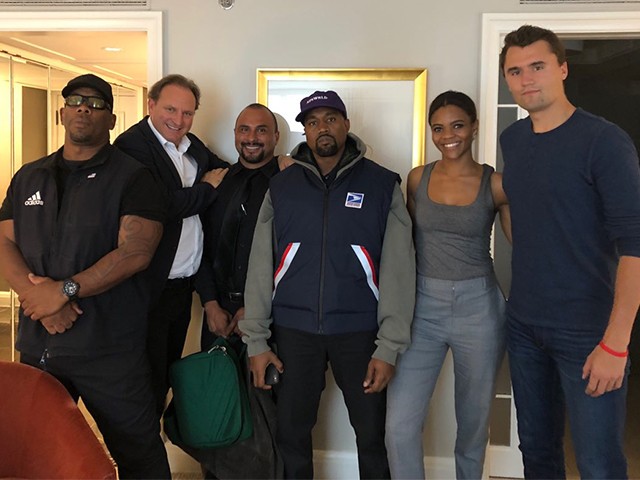 Owens also enlisted the help of David Harris Jr., a bi-racial 43-year-old, California native and author of Why I couldn’t Stay Silent.

“If we can save just one black life — who could be a catalyst to save another — then this will have all been worth it,” Harris told me in a phone interview. “Blexit says ‘Yes, you do have permission to question the status quo,’ to ask ‘why are we settling for less from our political leaders?’ Just presenting the idea that blacks don’t have to be Democrats is worth its weight in gold.”

Of course, the idea of black people shifting course and throwing their support behind another political party is not new.

In March 2015, ESPN star personality Stephen A. Smith spoke at the Impact Symposium at Vanderbilt University and said, “What I dream is that for one election, just one, every black person in America vote Republican.”

And it was Smith who defended Family Feud host Steve Harvey after he met with President-elect Trump in January to discuss partnering with the Ben Carson-led Department of Housing and Urban Development in an effort to restore America’s inner cities.

“That’s the real work of Blexit,” Owens told me. “Resurrecting our communities and saving cities from Democratic Party rule, which has only brought destruction and misery.”

“I anticipate outrage from the intellectual frauds like Michael Eric Dyson and puppets like Al Sharpton,” Candace continued. “They avoid the real debate about how Democrats and their liberal ideas have destroyed black lives. But they can’t hide from Blexit.”

“We can’t all be coons, right?” Owens asked. “They can’t call us all Uncle Toms.”

Tatum put it bluntly, “The black civil rights establishment is a lost cause.”

“Their leaders, not the rank-and-file, simply don’t care,” he elaborated. “They cash checks to keep the legacy of racism alive. It’s going to be a fight and it’s going to take time to wake people up. But there will be athletes and entertainers and everyday Americans who will resist and there will be many others who will join Blexit.”

Owens was quick to reject the idea that Blexit is one big voter registration drive for the Republican Party.

“The Republican Party helped free us. Then they fought the Jim Crow Democrats for the next hundred years fighting for our most basic Constitutional rights,” Owens told me. “But the GOP gave up on the black vote in the 1960s. Today, there have been GOP donors that have shown interest in sponsoring events — specifically for black outreach. So, the sky’s the limit.”

“Blexit won’t be a voter registration drive for the Republican Party,” She continued. “We’re in the business of waking people up. How they choose to vote after they see the truth is up to them. My inkling is that they will question their allegiance to liberalism and to the Democrat agenda.”

Asked what success would look like for Blexit, Owens said, “Let’s look at the voter margins in 2020.”