Former Vice President Joe Biden remains at the top of polling charts nationally among Democrats, according to the latest Quinnipiac poll. 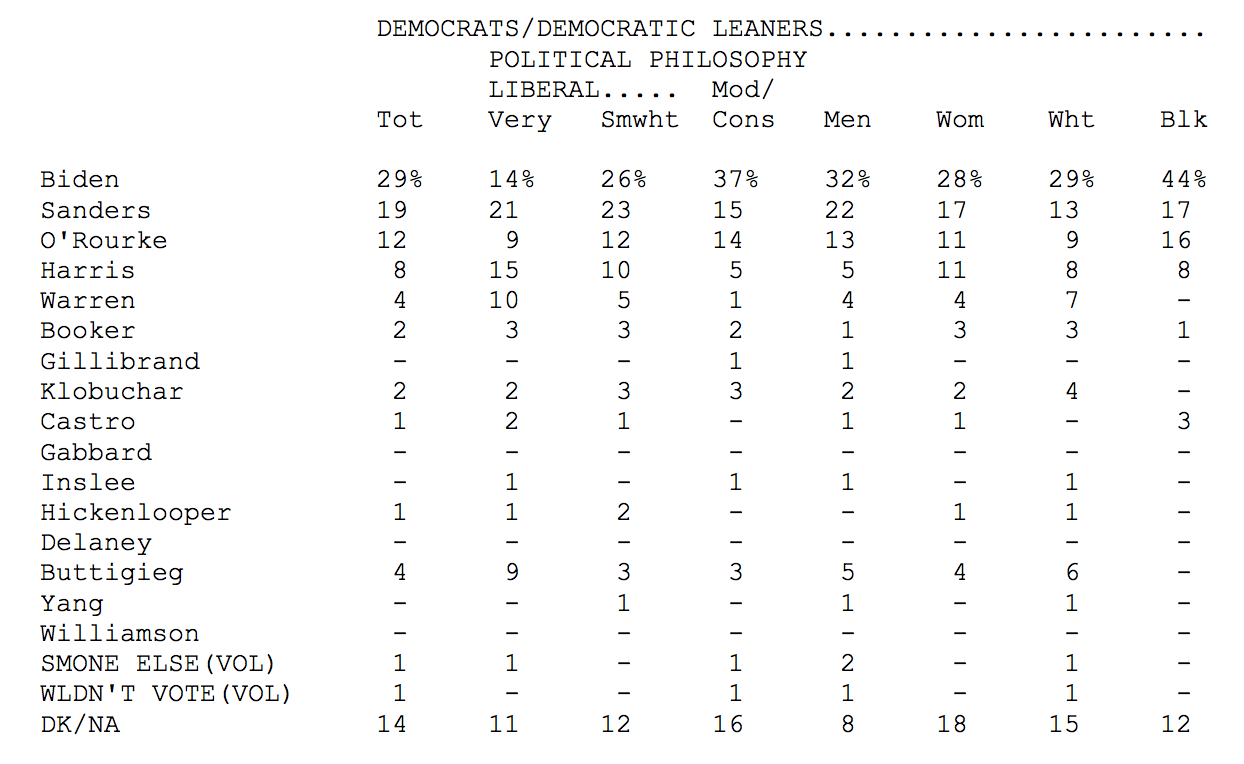 Sen. Corey Booker and Sen. Amy Klobuchar are both at two percent and Rep. Julian Castro and Former Governor John Hickenlooper are at one percent.

Bernie Sanders, however, leads Biden among Democrats 18-49 with 26 percent to Biden’s 22 percent. Biden crushes Sanders among voters over 50 with 37 percent support to only 12 percent for Sanders.

The poll was conducted March 21 – 25 by Quinnipiac University featuring 559 Democrats and Democratic leaners with a +/- 5.1 point margin of error.