A West African national who was allowed to keep his green card and remain in the United States was convicted on Tuesday for murdering two Boston, Massachusetts, doctors in 2017.

Bampumim Teixeira, a 33-year-old from West Africa, was convicted of first-degree murder for brutally killing 49-year-old Dr. Richard Field and his fiancee, 38-year-old Dr. Lina Bolanos, in their luxury apartment in South Boston on May 5, 2017.

During the jury verdict, Teixeira taunted Field’s family, telling them, “You want to know his last words?” Teixeira also made a threat to Assistant District Attorney John Pappas, shouting out, “You better hope I don’t get out of jail!” Teixeira then had to be removed from the courtroom. 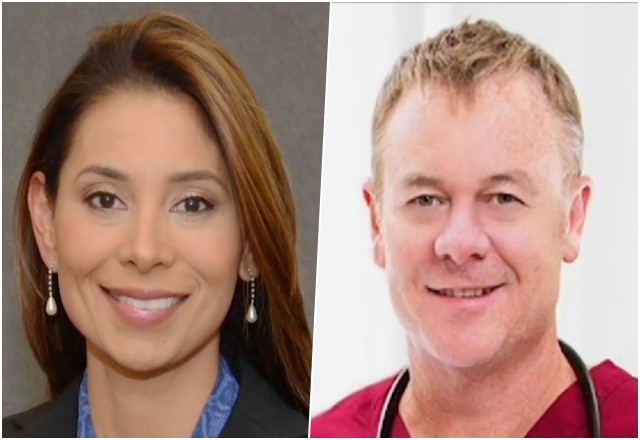 Dr. Lina Bolanos, 38, and Dr. Richard Field, 49, had planned to marry before their murders by green card-holder Bampumim Teixeira, who was never deported for robbing two banks years before. (Photos via NBC Boston)

As Breitbart News reported at the time, Teixeira had entered the U.S. on a green card in 2010 before robbing two banks in 2014 and 2016. As part of his plea deal in the bank robberies, Teixeira was allowed to keep his green card and stay in the U.S., and served less than 400 days in prison.

Weeks after his release from prison, Teixeira broke into the apartment of Field and Bolanos — a building where he previously worked as a concierge — tied them up, slit their throats, and watched them die.

Field and Bolanos had planned to get married in 2018.